Melbourne-based barrister Daye Gang has been awarded the International Bar Association’s Outstanding Young Lawyer Award for 2020, one of the legal world’s most prestigious honours.

Ms Gang is the first Australian, and the first person of Korean descent, to win the global award.

The International Bar Association recognised Ms Gang’s pro-bono work and human rights activities, especially her pursuit for accountability of perpetrators of crimes committed in the Democratic People’s Republic of Korea.

The barrister works with the Citizens’ Alliance for North Korean Human Rights, one of the oldest North Korean human rights organisations. With her role, she is a key participant at briefings of United Nations agencies, the European Union and the United States senate. She is currently undertaking a PhD at Monash University on the topic of applicability of restorative justice for sexual and family violence.

Born in Australia and raised in this country and New Zealand, she told SBS Korean she never envisaged winning the award. 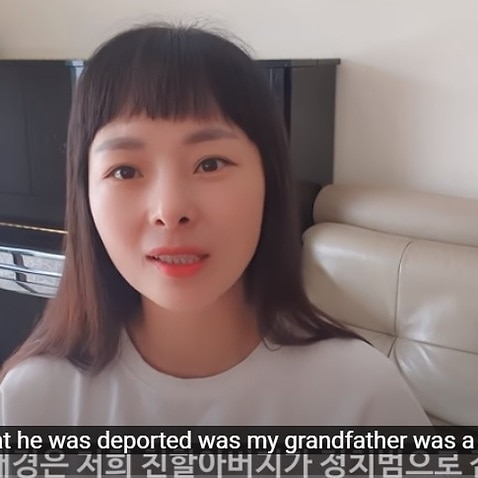 As a child in a migrant family, she said she used to ponder her place as a person born of Korean parents in a Western country.

“I’d always been told I was smart and I was good at English so I thought I needed to use what I had and that I needed to return to society what I had received,” she said.

Ms Gang affirms her path in her industry became clearer when she met North Korean human rights activists during a trip to South Korea.

Her other project, Law and North Korea, saw her create a blog where she's translated legislation from the country into English. That initiative came about in 2020 when Melbourne was in the grips of the second wave of COVID-19 infections.

Due to the lessening of her work due to Victoria’s lockdowns, she decided to start the blog to analyse North Korean laws.

It was when she was conceiving the blog that she realised how out-of-date the documents of North Korean laws in English were.

“I thought I would facilitate access to legal knowledge rather than show off my skills, I found the South Korean government database of North Korean laws, and that’s how it all started,” she said. But translating North Korean into English was not easy for the barrister, who despite being a fluent Korean speaker, she was more familiar with the South Korean dialect.

The North and the South have been separated for more than 70 years. Both can understand each other, but some words and especially, legal terms, are quite different.

“I’m pretty open to trying things almost to an unreasonable extent. It’s probably because I grew up under my mother and grandmother.

“Obviously I’m not a professional translator so I set out my method and a glossary on the website for transparency, and I also do all the translations by myself so if I get something wrong it’s easier to correct because I’ll have consistently made the same mistakes throughout.”

A lawyer is among the most popular professions amongst Korean migrant parents in Australia along with doctors and pharmacists, as they are considered highly paid and respected.

However, Ms Gang’s path in the industry seems somewhat different from other lawyers - she works with a not-for-profit organisation, runs an information website, and takes many pro-bono cases.

“Being a lawyer gives you immense power whether it’s in Australia or Korea, and there is a principle in the legal profession that you should be able to share some of that power. I’m just staying true to that principle of the pro-bono commitment.”