Indian Australian candidates from various political parties as well as the Indian community are going to play an active role in this federal election.

Liberal candidate for McMahon Vivek Singha said he is passionate about transforming the western Sydney electorate which has been held by Labor MP Chris Bowen since 2004.

Indian Australian Mr Singha, who is an IT and finance professional, is campaigning to get small businesses the support and tax relief they need.

Responding to what gives him an edge over sitting Labor MP Chris Bowen, he said Labor lacks "connection to the local community".

Fairfield is one of the most multicultural and culturally diverse cities in Australia.

Mr Bowen, who is the shadow minister for climate change and energy, has acknowledged that McMahon is a multicultural seat. "It is home to a large multicultural community, including Assyrians, Chaldeans, Italians, Maltese and Vietnamese. I'm proud to represent people from so many different backgrounds and faiths in our Parliament," he is quoted as saying on his website.

The McMahon electorate, which was previously known as Prospect, has been held by Labor since 1969 and covers parts of the Cumberland and Fairfield council areas.

This electorate is an industrial hub with a mix of commercial and residential developments.

The seat covers the suburb of Fairfield itself as well as the suburbs of Smithfield, Wetherill Park, Greystanes, Pemulwuy, Erskine Park, Guildford, Carramar and St Clair, and parts of Merrylands. Mr Singha added that the cost of living, social housing, and aspirational needs for people to find a job, guaranteeing economic activity, are important issues for the electorate.

He said it is important to have the right tax structures to incentivise innovation and business, to maximise economic growth.

I will work towards lowering taxes and increasing employment opportunities in Western Sydney and make sure that this community gets the support they need. Mr Singha has his roots in Shimla, of Himachal Pradesh state in India. He is a motorcycle enthusiast and participates in charity rides, including the Black Dog ride for mental health, Pink Ribbon ride for breast cancer awareness and the MS Gong ride.

His youngest son’s diagnosis with FOXG1 syndrome inspired him to start a foundation to find a gene therapy cure.

It also became the catalyst for him to enter politics.

Mr Singha’s said his earnest desire is for a system wherein no child or family suffers due to an avoidable medical condition.

He said he is dedication to ensuring the community has access to world-class hospitals and medical research and healthcare.

His focus is to invest the nation’s wealth wisely.

Mr Singha pointed to "record investment" in social housing, infrastructure and Sydney’s second airport under the Liberal government over the last few years.

Mr Bowen has previously taken to social media to hit out at the disparity in financial support between McMahon and other parts of Sydney.

"Is North Sydney really needing so much government funding while western Sydney communities miss out?" he tweeted in December 2021. 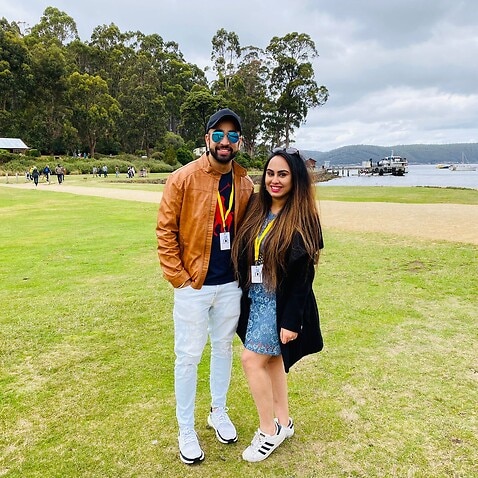 Indians are now the second largest migrant group in Australia and making significant contributions to the country’s economy.

While very few Indians are running for election, there is a growing engagement in Australia’s political system within the community.

Gurmesh Singh, Nitin Daniel Mookhey, Lisa Singh and Dave Sharma are among the few Indian Australians who have registered their presence in State or Federal Australian politics.