A newly formed Brazilian football club has made it to the top of the table in the deeply multicultural South East Queensland Community Football League.

“It is like playing the World Cup in Brisbane. There are clubs from all ethnicities,” says Raphael Basilio Fontes, Braza FC’s president, founder, and the team’s captain and striker.

Formed in December 2018 by a group of students who couldn’t find a Brazilian team to join in, the newest club in the League is the first formed mostly by Brazilian players, with some Australian, Colombian and Chilean players.

After 18 official matches and friendlies, 16 victories and 96 goals, Braza FC is at the top of the South East Queensland (SEQ) Community Football League.

"We are in the lead, and hopefully will win the championship. Our goal is to get into the Brisbane Football League next year,” says Raphael, who is studying carpentry at Queensland TAFE.

With its own swelling fan club, 120 founding members, sponsors, and an official jersey, Braza FC is barrelling toward that championship dream.

"Nobody is paid to play. Most players are students who have this commitment and passion for football. We feel we can win," says Raphael.

Braza FC: "We are isolated in the lead, and hopefully will win the championship”
supplied

The SEQ League has 21 rounds, 36 teams and three divisions. Many of the 36 teams are formed by amateur players and students from Pakistan, Afghanistan, Serbia, Colombia and other countries.

One of Braza’s assets is Australian Shane Preston, an environmental scientist from Sydney, and the club’s director.

“I started with Braza FC because I was very keen to play regular football, meet some new mates and improve my Portuguese,” he tells SBS Portuguese.

For Shane, clubs such as Braza are important not only for the players and supporters but also the local community.

“A lot of Australian football clubs were created by immigrant communities. I've played a lot of football against many of these teams but have never known of a club created by Brazilians in Queensland. With such a large Brazilian population in Brisbane and Australia now, it's great to be involved with Braza from the beginning,” says Shane.

"Most players are students who have this commitment and passion for football."

There have already been many memorable matches. Raphael cites one match against the Kabul Boys FC, composed of players from Afghanistan, which was won by Braza by 10-nil.

"We played at home, and we did very well. We celebrated with them after the match, it was cool, the Kabul Boys were very happy to play Brazil," recalls Raphael, who was also named the Man of the Match for scoring a hat trick. “Our most memorable match was against Colombia who was the Baptist Church League champions last year,” Raphael remembers. “We are both from South America, we have football in our blood, and we beat them 2-1, it was a tough match, but we kept attacking, kept the pressure on and scored at the 90-minute mark. The fans went wild.”

Braza has also played against the mostly Australian-born teams of the Herston Hatchets and Ormeau All Stars in their SEQ division, as well as the Brisbane Knights, Sunshine Lions, Old Bridge with mostly Croatian, Macedonian and Serbian players respectively. Their clash with Indian-origin team Pub FC is coming up this July.

Braza’s toughest opponents in the fight for the championship are the Brisbane Knights and the Herston Hatchets, Raphael says.

People always ask us, 'who is the Ronaldo, Neymar of the team?'

Asked if wearing Braza FC’s almost professional-looking jersey inspires respect from the other teams, Raphael says that the ‘responsibility’ is always big as Brazilian players.

"You have to ‘represent’,” says Raphael. “You have to play the ‘jogo bonito’ [beautiful game] right? Everyone has this respect for Brazilian football. People always ask us 'who is the Ronaldo, Neymar of the team?'."

As for the biggest global football competition occurring right now, Raphael predicts a competitive FIFA Women’s World Cup, but says Australia has a better chance there than his native Brazil.

“I see the Matildas ahead of the Brazilian team. Our golden age with Marta, Formiga and Cristiane has been replaced by a younger generation who is only now gaining experience. The Australian players are already competing in the main teams and Leagues. I believe the Matildas are among the favourites, with Brazil, United States and Germany the favourites to win the FIFA Women’s World Cup 2019.”

Raphael Basilio: “It is like playing the World Cup in Brisbane, there are so many clubs created by migrant communities.”
Supplied/FB Raphael Basilio Fontes 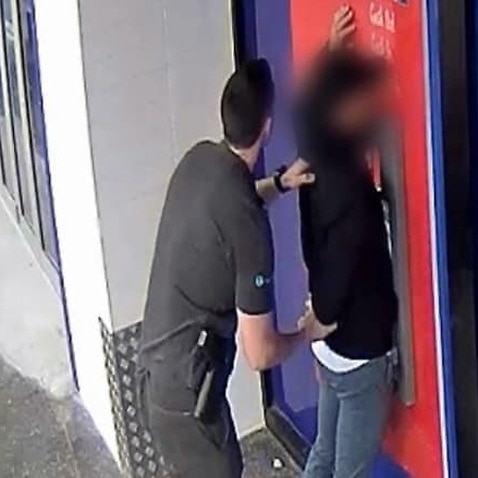