Jeonju, a major south-west city in South Korea, is the home to the country’s best bibimbap, the national dish of rice with an array of toppings, often including a raw egg.

Most of Australians usually think of Kimchi, bulgogi, galbi or bibimbap, when they come to Korean food.

Bibimbap, the Korean mixed rice, has become a global food since the saturation of the media reports that “Michael Jackson fell in love with it” when he visited Korea in 1997. Then it has gone viral worldwide as a healthy and diet food.

In particular, Jeonju is one of cities famous for its long history of bibimbap.

The master city of bibimbap, Jeonju,  provides a chance to relish "bibimbap"  in diverse forms and has been doubling down its efforts to  globalize the traditional food.

The city government and BIBIMBAP Globalization Federation, a private organization to globalize bibimbap, have developed various forms of the traditional food, with takeout now an option.

There was a longstanding tradition among our ancestors that any leftover food on New Year’s Eve was not to be kept into the New Year. For this reason, the practice of mixing various ingredients in a bowl with rice originated.

Koreans are also known to cook many different dishes to pay respects to their ancestors on major holidays such as the Lunar New Year and Chuseok.

Since there is a lot of food leftover on these occasions, people enjoy mixing them.

In this sense, some critiques label bibimbap ‘a typical multicultural food’. 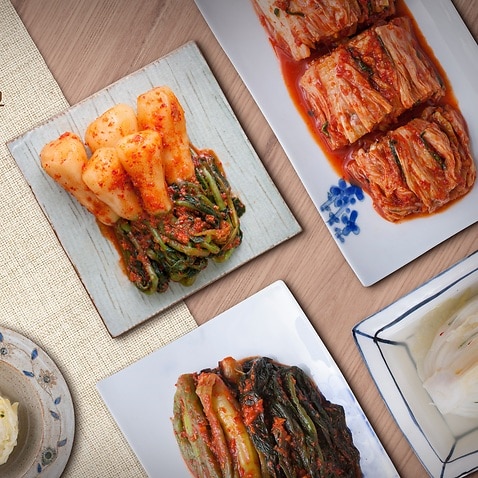