Filmmaker and actor Matthew Pastor knows who he is. He knows he's different from other people his age, or even other Filipino-Australians he's met. He knows his ideas may seem creative to some, but strange to others. But, so what?

"I see my subjects or my films and stories almost like a pseudo-documentary type of filmmaking," he shares, "Some of [the events that influenced me] were during my childhood, when I felt displaced...[this film] is an extension of that difference. The character is displaced not only from his own [Filipino] community, but within Australia also."

In as much as Maganda! Pinoy Boy v Milkman delves into the surreal and strange tale of a Pinoy superhero, a psychopathic killer and, a drugged-up filmmaker insecure with his anatomical manhood, Mr Pastor shares that his artistic influences are dependent on "the environment and the world around me". 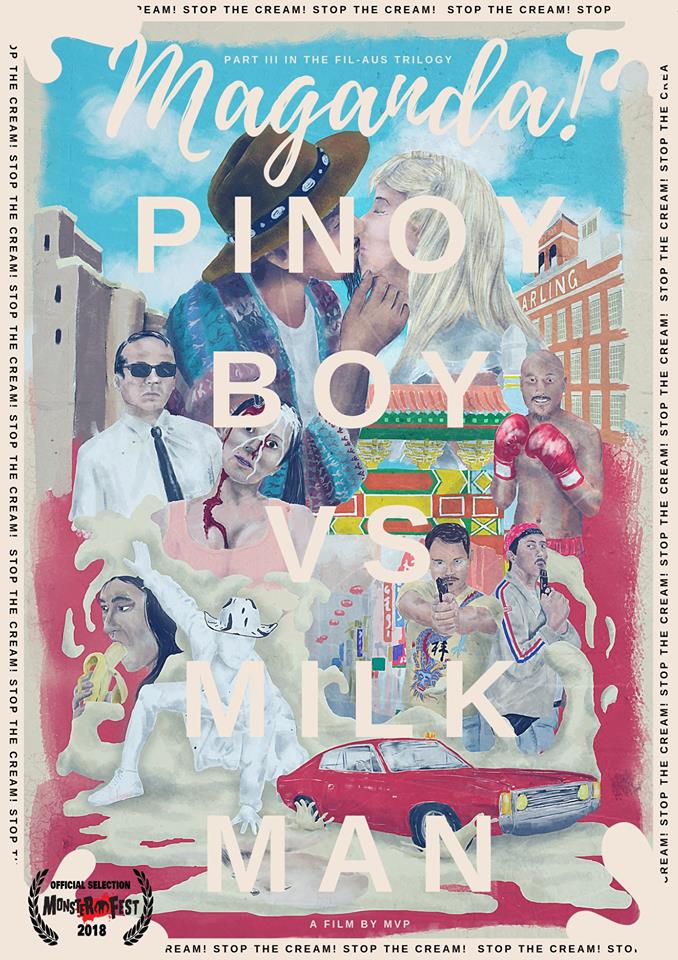 The third installment of Matthew Pastor's Fil-Aus trilogy is gritty, dirty and raw. It's uncomfortable to watch, and it takes on themes and stories that are uncomfortable to discuss. All those adjectives are urged out of you on purpose. You're supposed to feel uncomfortable. You're supposed to want to shower after watching the film. After all, storytelling is effective when it is able to evoke such strong emotions that debate and conversation come from it.

Matthew Pastor is different. So are his films. But, so what?

"It will always be hard to be creative, but when you do make the choice to follow that...and not just follow that from other people's point of view of what creative output is, but your own...when you figure that out, things get a lot easier," he shares.

Maganda! Pinoy Boy v Milkman is showing on Monster Fest 2018 on Cinema Nova this Saturday, November 24. The film is also nominated for 'Best Australian Feature Film' in the said festival.