From escaping violence to being named as one of the most influential Asian-Australian this is Mariam Mohammed’s story of resilience and overcoming adversity.

She was recently recognised as one of the 40 under 40 most influential Asian Australians for her community and advocacy work.

When Mariam decided to move to Australia seven years ago she could not have imagined achieving such a feat.

“Even if I go back in a time machine and tell 19-year old Mariam that in the next seven years your life will transform, she would say that is not possible,” Mariam told SBS Urdu.

Born and raised in Karachi, Mariam had a difficult start to life. She experienced multiple forms of gender violence including sexual violence. 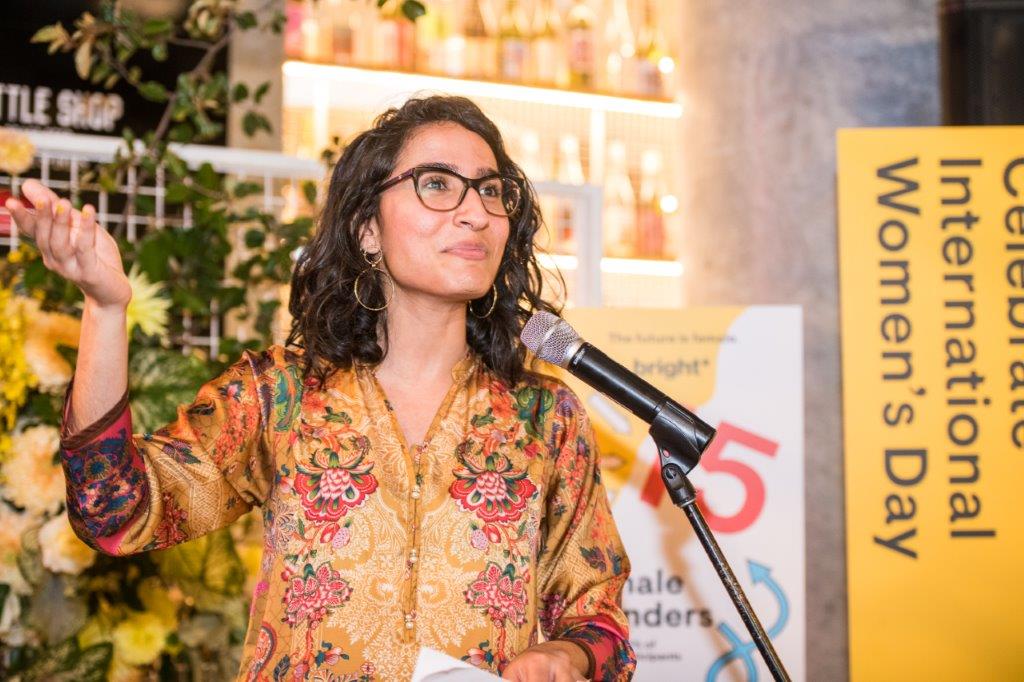 She recalls that the turning point in her life was when, after an incident in school, she tried to take her own life.

“My spirit at that point had broken so much that I tried to commit suicide and when I failed at that as well, I thought maybe God has some other plans for me,” said Mariam.

“That was the moment when I decided if I have to live, I am not going to live here which gave me the strength to move forward and escape violence."

Seven years later Mariam is a successful entrepreneur running two businesses and has been nominated and awarded by multiple organisations for her ongoing contribution to community advocacy. Mariam Mohammed was the keynote speaker at ATO for the International Women’s Day 2020 celebration.
Twitter

Not an easy start

All she knew about life overseas was from TV shows, which ‘looks great’ but she soon realised after reaching here that ‘stories of people like her are rarely seen on media’.

“My last name is Mohammed which was an issue at the time for employers and I could not get a job,” she recalls.

“I soon realised that the rose-tinted glasses I was seeing the world through only existed on TV, the reality was much different for migrants."

Through her persistence and resilience Mariam was able to overcome these hurdles and finished her undergraduate and masters degree and in 2019 co-founded a financial start-up MoneyGirl, which aims to educate young Australian women to be financially independent and literate.

“Finance is a primary barrier for women to escape violence and that was the motivation behind starting the social enterprise.

“During my own journey of escaping violence, the primary barrier was financial independence and economic security.

“I realised if this is a barrier for me it would be the same for a lot of women."

MoneyGirl now provides courses in financial literacy through workshops for woman all around Australia primarily targeting the migrant and refugee population.

In 2017 Mariam was elected as the youngest President of SUPRA (Sydney University Postgraduate Representative Association). In 2018, she won the Australian Dell Policy Hack for a proposal tackling women entrepreneurs' access to capital.

In 2019 she was named in the Australian Financial Review 100 Women of Influence. Mariam was a finalist in the 2020 NSW Young Woman of the year award and was also recognised as 40 Under 40 Most Influential Asian-Australian in 2020.

For Mariam, the most important aspect of receiving these awards is that it enables her to speak at different platforms and talk about woman, Muslim and migrant issues.

“As problems come and go in life so do awards. But the problems I have experienced or am going through in my life so do a lot of other girls,” said Mariam.

“It is not talked enough about in the mainstream media and these awards enable me to shine a light on these very important issues.”

Wherever you are in Australia, you can call 1800 RESPECT (1800 737 732) for confidential information, counselling and support on sexual assault, domestic or family violence and abuse. You can chat online and find services in your area.