Heba Aly hit the ground running when she took over as coach of the Australian women’s handball team in 2018, just months before do-or-die World Championship qualifiers. It was a task she took with both hands.

Former Egyptian national team player Heba Aly has helped to change the fortunes of the Australian women's handball team since taking charge as head coach in 2018.

At the time, the side was just months away from a difficult qualification schedule for the World Women's Handball Championship, set for 2019 in Japan.

In qualifying campaigns before this one, the Australian side competed against teams in the Oceania region, which consisted of playing one to two matches, before progressing.

However, changes implemented by the International Handball Federation saw the team placed in the Asian confederation, pitting them against some of the world's leading nations.

Who is Heba Aly?

Aly is a former representative of the Egyptian national team and a stalwart of the Al-Ahly club, one of the largest and oldest sporting clubs in Egypt.

She kicked off her athletic career at the Zamalek Club in the mid-2000s, before moving to Al Ahly, where she earned a reputation as one of Egypt's best right wings.

She first visited Australia in 2015 when she was coaching several squads from the United Arab Emirates. 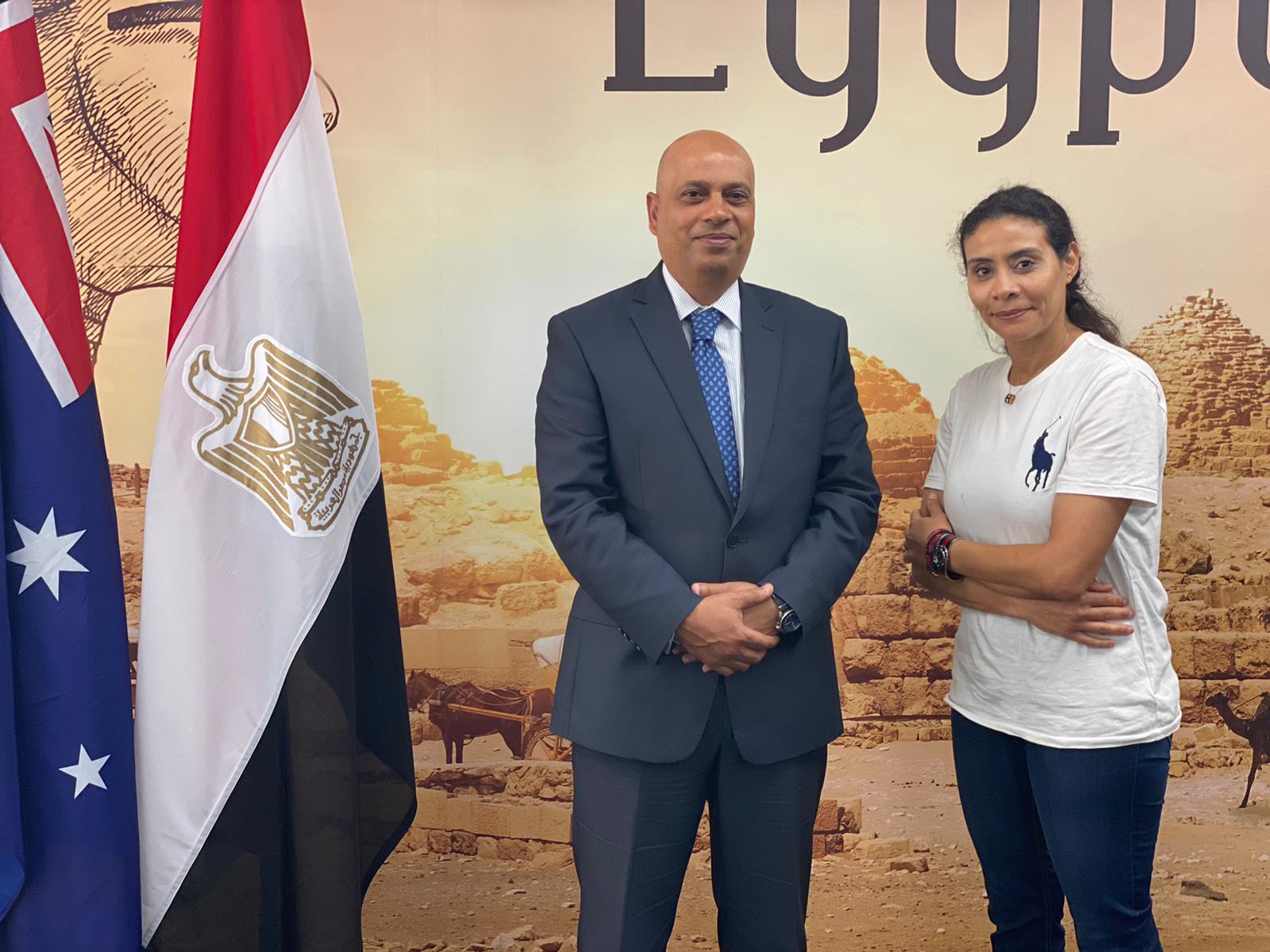 Coach Heba Aly with the Egyptian ambassador to Australia.
supplied

She tells SBS Arabic24 that she started following the Australian squad after migrating to the country in 2018 and was informed that the team was heading into the qualifiers for the 2019 world championship without a coach.

She was considered for the top job and after what she described as a "long and tedious" recruitment phase, she was appointed.

With her new job, she became the first Egyptian woman to coach a foreign national team in any sport.

Aly's first task was to take the reigns of the team just months before the 2018 Asian Women's Handball Championship, which served as the qualifiers for the world championship the following year.

At the Asian competition, the team was going up against nations with a long and established history in the sport, such as New Zealand, Iran, Kazakhstan and Japan.

"I had two months to figure out every player's strengths and weaknesses as well as understand their cultural backgrounds and individual psychologies," she says.

"I studied the Asian teams so I know what we were up against while gaining my own players' trust so they can follow the strategy I put to them." 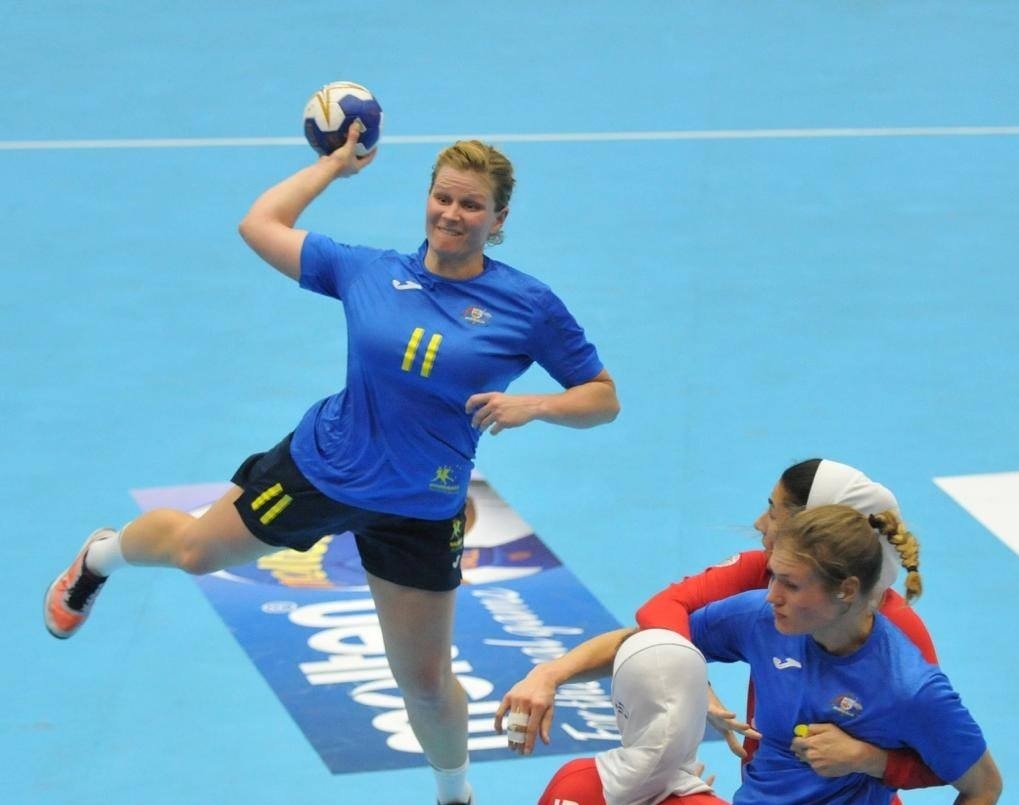 While admitting she was pondering how she would accomplish the difficult task of qualifying, she says the Australian Handball Federation was "understanding because they realised the difficulties ahead".

"I learned from my experience at Al-Ahly club in Egypt that there's no such thing as impossible. With enough persistence and will, you can hit any goal."

After losing their opening two matches of the group stage to Kazakhstan and Japan, the team bounced back with wins over Iran and New Zealand, progressing to a 5th place playoff, which would secure a World Championship berth. 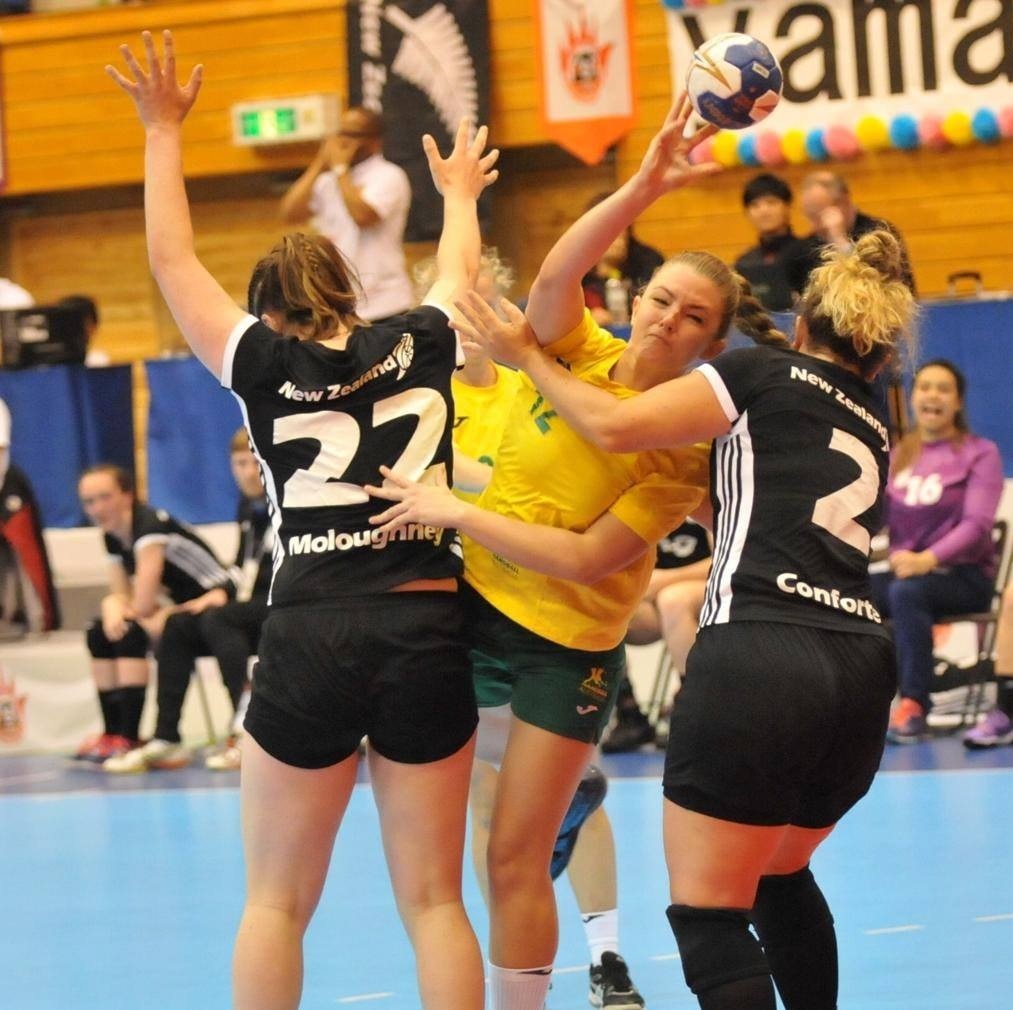 After two hard-fought wins over India and Iran, the side secured the fifth spot and qualified for the World Championship.

Australian player Sallu Potocki came away from the Asian competition as top scorer with 57 goals, 17 more than the second-highest goalscorer from Kazakhstan.

Australia qualifies for the 2019 IHF Women's Handball World Championship to be held in Japan 🇯🇵!

Australia would go on to compete at the World Championships in 2019, finishing 24th. It was the team's first appearance at the tournament in six years.

The team has turned its gaze towards the next World Championship in Spain in December, though the qualifiers for that tournament - the 2020 Asian Women's Handball Championship - were postponed due to the COVID-19 pandemic. 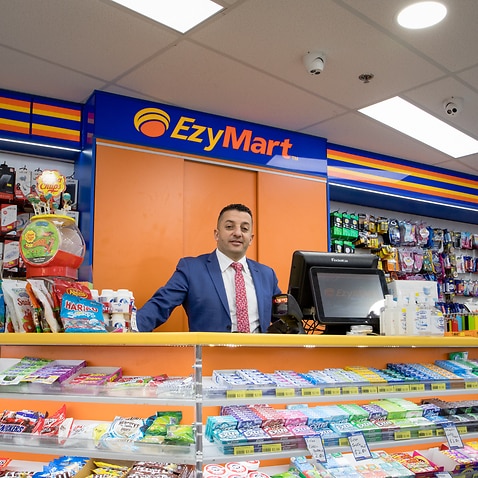 Handball, also known as European handball, is a team sport in which two teams of seven players each pass a ball using their hands with the aim of scoring in the opposing team's goal, which is guarded by a goalkeeper.

The sport is played widely across Australia from junior to senior levels, under the sport's governing body, the Australian Handball Federation.