This Perth-based real estate dealer says Clive Palmer and UAP promise to give the Australian people what no other party has done so far.

Today, he is contesting the upcoming federal elections from the Burt electorate in Perth. This is his first outing in federal elections. And the same is true for his party, the United Australia Party led by mining tycoon Clive Palmer.

Mr Chawla came from New Delhi to Australia more than half a decade back. He made Sydney his first home Down Under. And like most migrants, he also did odd jobs and as they say, “struggled” to get where he is today.

“I did whatever work I got, even dishwashing. This is true for most of us migrants, especially our hard-working Punjabi community,” says this father of two.

Today, Mr Chawla employs six people in his own real estate agency. And business is good, he adds.

“I’ve been living in Australia for 16 years now. I’ve seen how homeless people and those from an indigenous background are often refused tenancy by landlords when they go house-hunting. I have helped many such people by finding them houses on affordable rent and easy terms. Now I want to help people by becoming a part of the legislative system,” says this real estate businessman.

Speaking with SBS Punjabi, Mr Chawla explains why he chose a brand new political party over the established ones, many of which support candidates with a migrant background.

“Without pointing a finger at established parties like Liberal, Labor and Greens, I only want to highlight that they have been fighting amongst themselves. What have they done for the people? They shouldn’t become available to the people only close to the elections. UAP gave me that unique opportunity to do something these parties couldn’t deliver,” says the 47-year old. 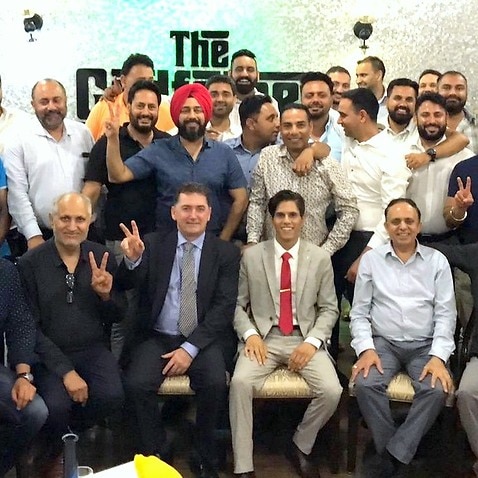 I want to be the 'Samraat' of politics, says teenage candidate contesting NSW elections