Meet the Arab-Australians becoming surf lifesavers to educate their community

Two years ago, Yusra Metwally was unable to complete one lap of a 50 metre swimming pool. She’s now training to become a volunteer surf lifesaver with three members of her western Sydney swim group, who are spreading the word about water safety within their community.

The 2018-19 period resulted in 122 coastal drowning deaths in Australia, the third highest recorded in the past fifteen years.

Of the fatalities, NSW accounted for 44, followed by Victoria and Queensland on 23.

Yusra Metwally wants to curb these figures through Swim Sisters, a group she started two years ago in the western Sydney suburb of Auburn, which aims to “remove fear and empower women to get in the water”. 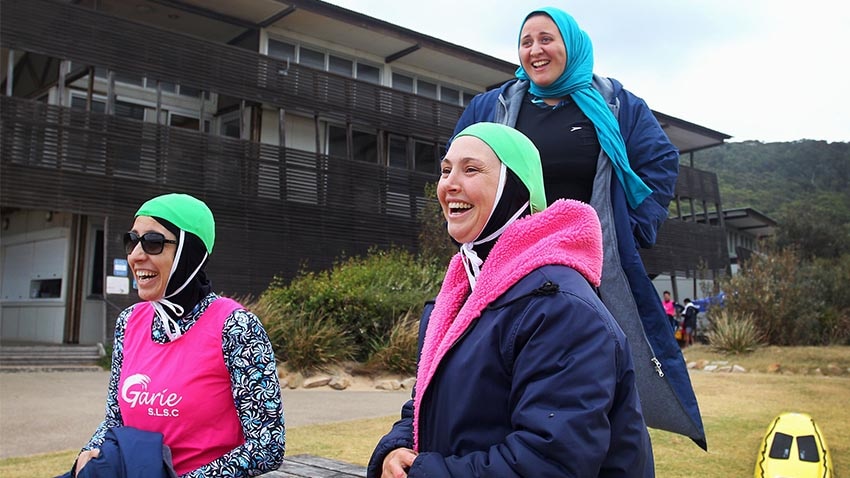 She said her goal was to assist all beachgoers, but especially those who may not speak English fluently.

"Some beachgoers do not speak English fluently, and they do not realise that the waves may be strong, and having someone they know to deal with will help them," she said.

Yusra and three other members of the group are taking part in an eight-week surf lifesaver qualification program run by the Garie Surf Life Saving Club. 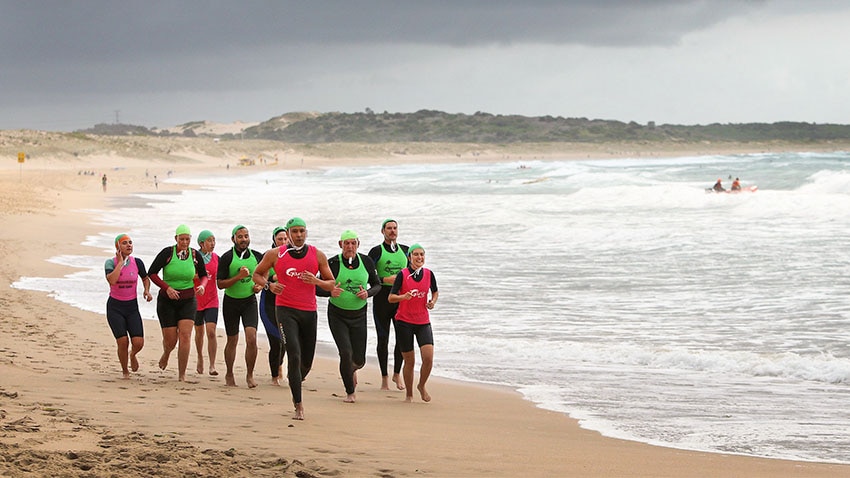 “It takes 40 hours to train a new recruit. But we spread that across eight weeks. That’s broken down into theory classes, where this is focused on first aid,” Ms Heron-Dowling said.

“We also cover communication in how to communicate properly with the public; how to interact with children; how to direct someone’s body to move into the place you need them to be so they are safer; using radio, signals and flags; and how to encounter the different kinds of waves. We teach people how to manage spinal injuries and we teach the team how to manage that injury to not compromise the spine.”

Besides rescue skills, volunteers must pass a fitness test that is based on swimming quickly in the ocean, overcoming cold water and difficult weather conditions. Yusra is working to increase her own speed in the water. She said raising her fitness level is part of the fun of swimming.

To improve their fitness, some of the volunteers from the Sydney group take extra swimming courses at Different Strokes swimming school. The classes are designed to enable them to swim better and quicker in the ocean as Karie Baynes, the school's director, explains: “[The goal is ] to swim 200m in under five minutes and to swim 400 metres under nine minutes.”

Protecting beachgoers from drowning is the most important and supreme goal for Yusra and the other volunteers, but there are also other motivations: “I love the ocean, this is the main reason I like to swim. For me the ocean is an amazing place, the waves are always changing and there is a lot of nature to discover.”