When disaster strikes, this group of artists, cultural workers, and volunteers troop to ground zero. Armed with huge pots, pans, spatulas, and baskets-full of ingredients, they set up community kitchens, and cook hot meals to feed the hungry and distressed.

They say too many cooks spoil the broth. But the founders of Art Relief Mobile Kitchen, a volunteer and non-profit organisation based in the Philippines will disagree. The more cooks, the more kitchen assistants, the better, especially when you’re cooking for thousands.

Founded in 2013, the Art Relief Mobile Kitchen has seen through many disasters in the Philippines. In each area, a make-shift kitchen is set up, where large vats of food are stirred and simmered. It is, as the founders of the organisation attest to, a mad and difficult endeavour every time. 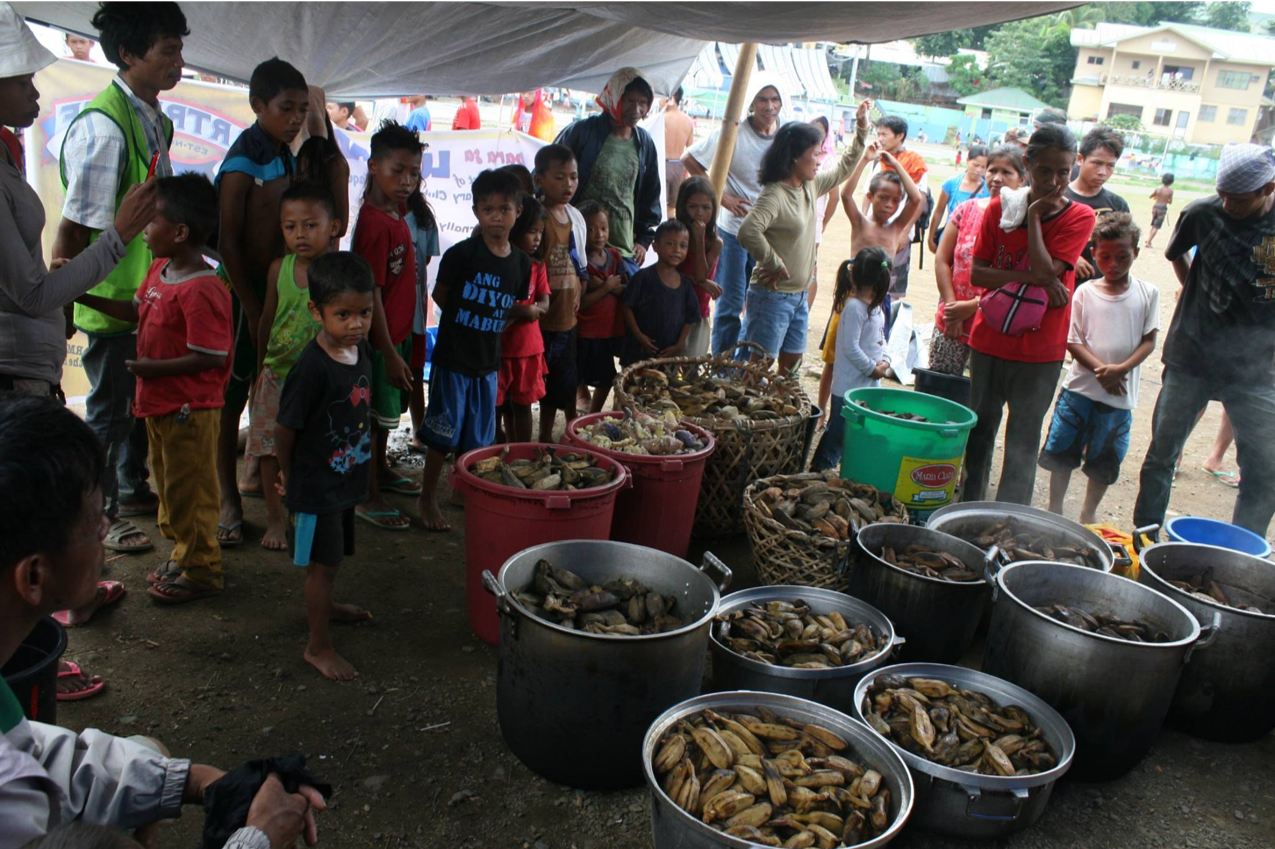 But there is something about food—hot and freshly prepared food, that lightens the load of people—victims, survivors, evacuees, who just had their lives upended. More than the food, it’s about people coming together, a community rallying behind a common cause—finding comfort in the warmth of a kitchen, and sharing a hot meal.

This is, according to the founders, the essence of disaster cooking, and the reason why the Art Relief Mobile Kitchen hasn’t stopped moving.

What’s in a name?

“We were a group of painters, photographers, and theatre actors,” said Precious Leano, a cultural worker, art writer, and co-founder of ARMK.

That time, Tacloban victims and survivors were fleeing the city and arriving in droves at the Villamor Airbase in Pasay City. “I just posted on Facebook. I wanted to cook congee for the refugees coming into Villamor Airbase, and within one hour, we had volunteers, a vehicle, rice, cash to buy chicken, and that’s how it started,” said Alex Baluyut, founder of ARMK, a photojournalist, and a self-confessed home cook and foodie.

“Going to Villamor, I asked Precious, what will we name ourselves, so that we can process donations more efficiently? We’re artists, we’re mobile, we have a kitchen, so why not Art Relief Mobile Kitchen, or ARM-K? The name stuck.”

From the Villamor Airbase, the group proceeded to ground zero in Tacloban City, where they cooked meals for 11 days.

“Since then, the donations kept coming. From then until now, we’re still here,” Alex said.

“Wherever there is a disaster, we are there.”

What was supposedly a one-time volunteer initiative for Tacloban survivors, had organically evolved into a full-fledged organisation for two main reasons: the overwhelming support they received, and the fact that the Philippines is a country prone to natural disasters. 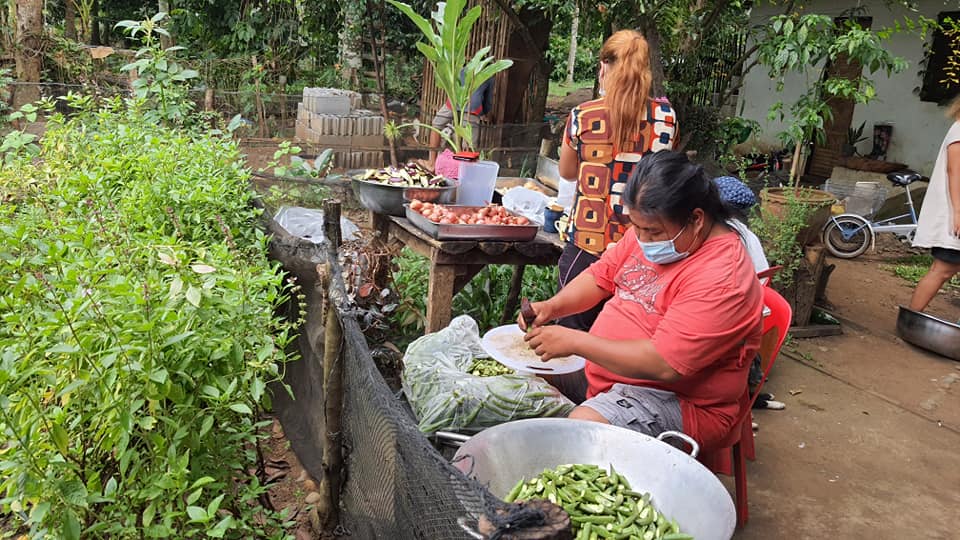 Since 2013, ARMK hasn’t stopped cooking for disaster-stricken areas. From typhoons to earthquakes, flooding and volcanic eruptions, fire, and armed conflicts. From Aparri to Jolo. It has been more than a million meals and counting.

The food they serve

For Precious and Alex, disaster cooking boils down to one rule that should never be broken.

“The food we serve should be as delicious as the food we feed our families and guests. It should be something my own kid would love to eat,” Precious shared.

Besides setting a high standard for the food they cook, ARMK also considers the cultural preferences of the area they will be serving. 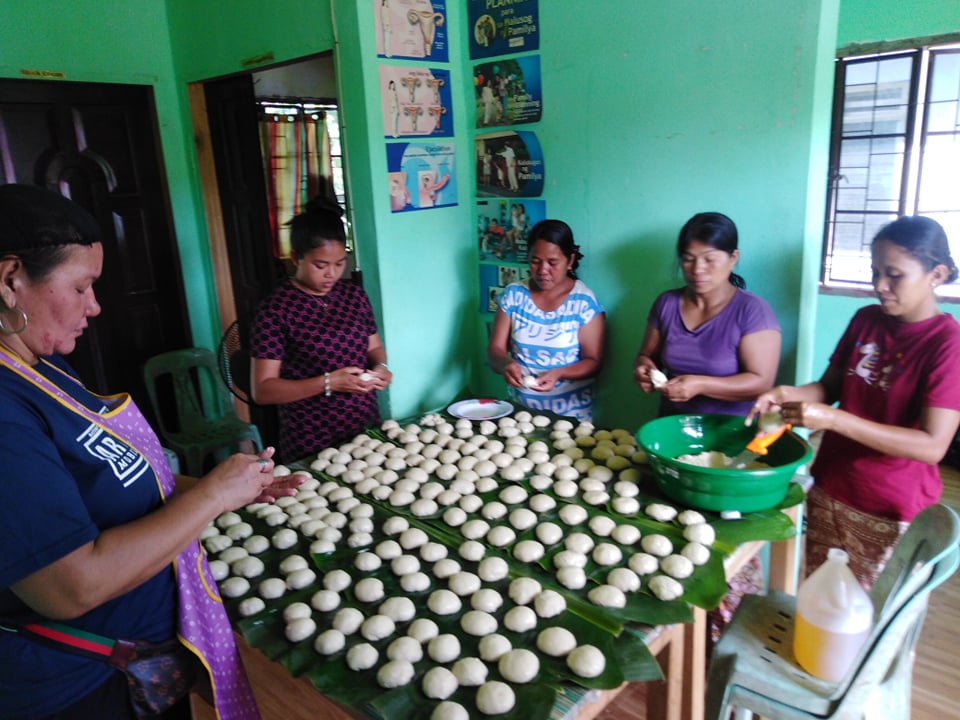 For example, in Marawi, in Muslim Mindanao, they served only halal food. In Tacloban, they made sure to serve tinola (chicken and green papaya soup)instead of sinigang (sour soup). Precious explained, “The Bisaya think of sinigang as spoiled food.”

All these things have to be taken into consideration to ensure people will not only eat the food but also enjoy it.

“Obviously the morale of people is very low. They’re depressed. And food – particularly hot meals, means a lot to them, it boosts their morale,” Alex said.

“When you see them, they’re hungry, after three days of eating nothing else but a can of sardines and rice. But then when they see and smell hot, freshly-prepared food—such as a steaming pot of tinola, you’ll notice the difference. You can almost see the strength of their limbs coming back.” For ARMK, involving the local community is important.
ARMK

There is also joy found in helping in the kitchen. The ARMK usually deploys only three to four volunteers from their headquarters in Los Baños, Laguna. Once they arrive in the disaster area, they look for more volunteers to help them prep, cook and serve food.

“Wherever you go in the Philippines, each community has cooks. And when they see the pots and the stove and the ladles and the ingredients, they show up.” Precious said. 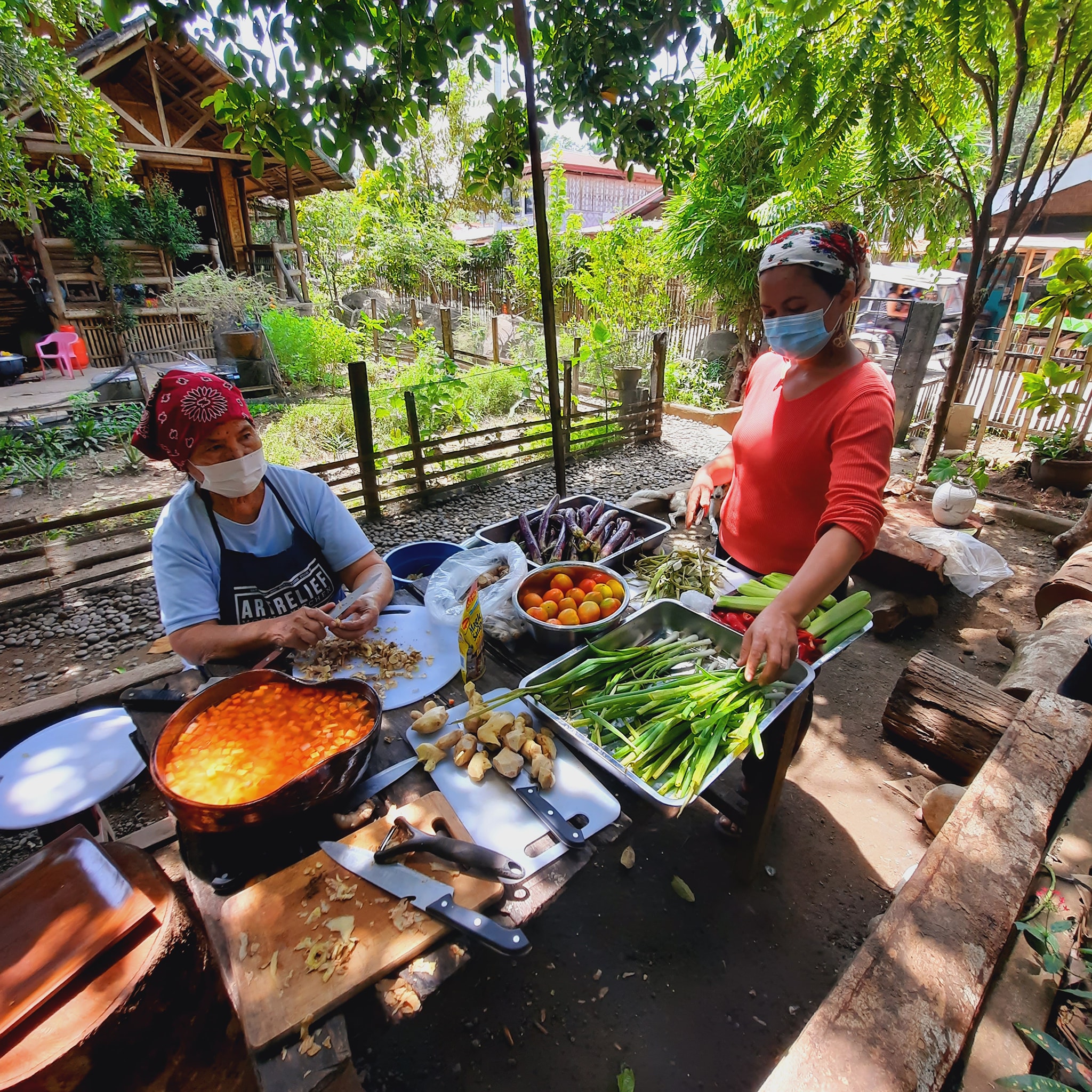 Alex considers the community kitchen as something culturally ingrained in Filipinos.

“Think of the tribal culture, community kitchen is the most natural thing. In Cordillera, ‘dap-ay’ is the ritual area, where the elders and tribe members gather. Everyone goes to where the fire is, that’s what draws people in. The fire is the kitchen.” ARMK's Cagayan relief operations
ARMK
Running an NGO like ARMK sure hasn’t been a walk in the park. But Alex and Precious are determined to keep the disaster kitchens moving, especially during a pandemic.

From 2020-2021, ARMK has cooked for the Taal Volcano evacuees in Batangas, Typhoon Rolly evacuees in Tiwi, Albay, and Cagayan Valley residents who suffered the onslaught of landslides.

They’ve also set up pandemic kitchens in different parts of the country to cater to frontliners and low-income families, with the help of other chapters-ARMK Davao, ARMK Surigao del Sur, ARMK Iligan, and ARMK Zamboanga. 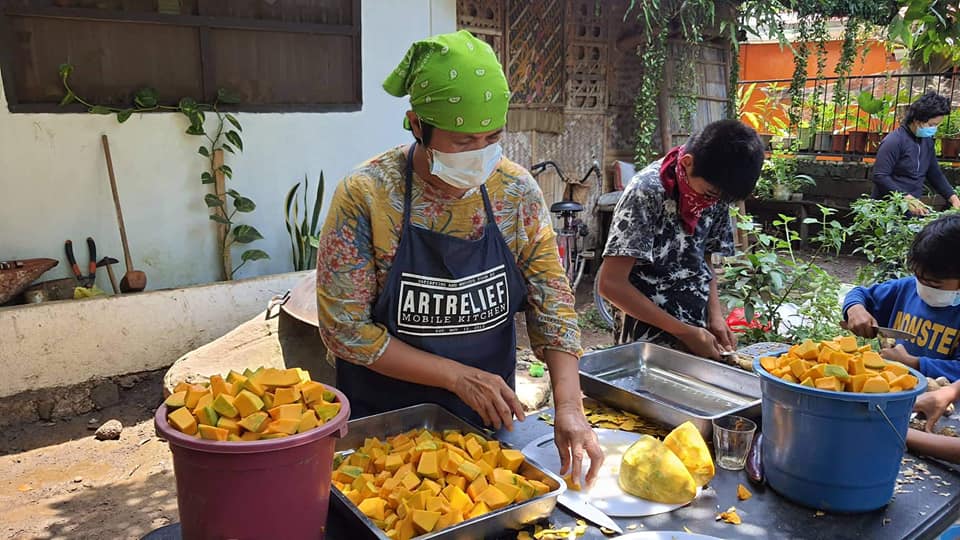 Suffice to say, ARMK does have their plates quite full these days.  But with warming, the bellies of the hungry and the weary comes a deeper meaning and purpose for these disaster cooks.

For Precious, it’s all about the people they work with behind the scenes, “It’s a big deal when you’re with people who care genuinely, who have compassion for their fellow Filipinos. We call it ‘pakikipagkapwa-tao’ or Filipino fellowship.”

“When you’re one group who share the same level of compassion, that desire to be of service to your countrymen, the people we feed soak up those good feelings. And the hot meals make a difference in their lives.”