Selling for just under $2,000 per kilo, 'Pule' donkey cheese made on a nature reserve in Western Serbia is the world's most expensive cheese, with some customers so dedicated to the product they smuggle it all over the world.

In Sremska Mitrovica, Western Serbia, Slobodan Simić owns a nature reserve that aims to preserve the most unique aspects of the Balkan biome.

And among his bogs, lakes and wetlands is a small herd of Balkan donkeys whose milk makes for some extremely pricey cheese.

The donkey cheese called 'pule' is sold in small 50 gram containers at 6,000 RSD (Serbian Dinars), equivalent to over $80 Australian dollars.

It's a small pot of cheese, but Mr Simić tells SBS Serbian that 50 grams is more than enough for customers to sample its reputed greatness.

“For one kilo of cheese we need about 25 litres of donkey milk,” he says, “That is roughly 1000 euros worth of donkey milk. It is a very intense, rich texture and flavour.” If you’re confused by the concept of consuming donkey dairy product, that’s because it's not a common practice - even being banned in some countries. There are only two places in the world that breed donkeys for milking – one of which is Simić’s nature reserve Zasavica.

“There is an Italian farm that also breeds donkeys for milking, but what we have at Zasavica is known as the Balkan donkey," he explains. "Historically, they were an integral part of traditional farming techniques in the Balkan region but as they lost their function to tractors and machinery, their numbers went down. When we started we had about 10 or so which was pretty much the whole donkey population of Serbia.”

Today, the Zasavica herd is about 300 donkeys strong and Simić says that the global demand for organically sourced donkey milk is high, citing reputed health benefits in its consumption.

Simić says parents of young children are his biggest customers.

"Often our customers are parents whose children experience problems with cow’s milk,” he says. “Given its lower fat content, donkey milk is actually very similar to human milk and many parents find their children don’t have allergic reactions to it. Of course, anyone can drink it. Donkey milk is rich in vitamin C, B and D12 so often adults buy it for themselves as a health drink.“ The donkey milk, however, also doesn’t come cheap. One litre sells for around $70 but Simić says there he has no shortage of customers, some of which enthusiastically smuggle the product across borders, themselves becoming mules for donkey dairy products.

“Many of our customers pass through from countries in the European Union, where donkey milk is not legally sold in stores. They come to our reserve, stock up on milk, and drive back with it in the boot."

Donkey product smuggling, according to Simić, doesn’t just happen in Europe, as he claims his cheese has even made it to Australian shores.

“If you think no one in Australia has tried my products, you’d be very wrong,” he laughs. “Serbians can be very inventive and my packaging is very small. People have contacted me on Facebook saying they managed to get it through in their bags - not that I’m advocating for that.” 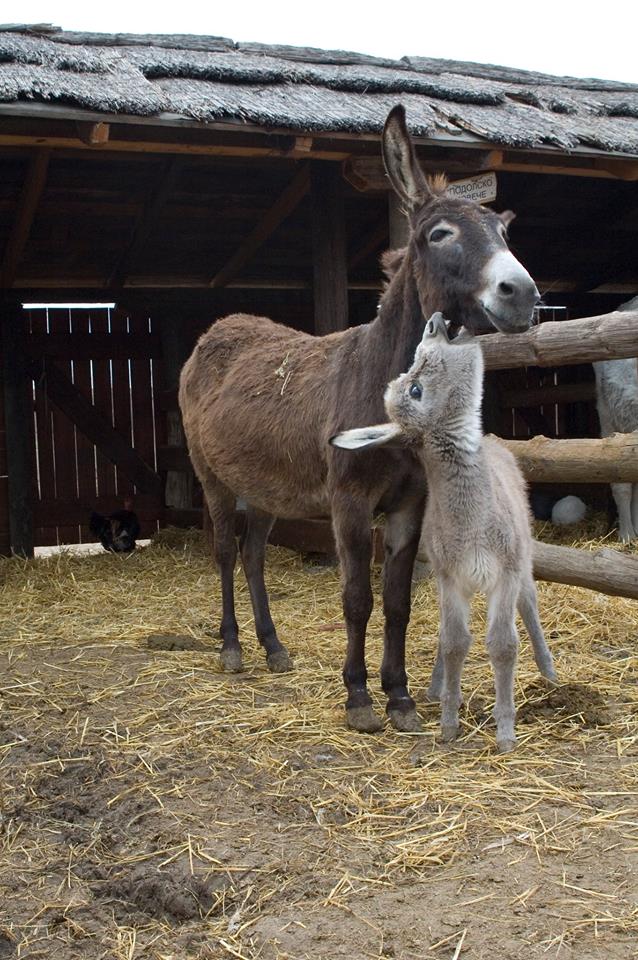 Simić’s donkey empire is an accidental byproduct of the initial conservation plan he had when he took over the nature reserve.

When Simić bought the land over 20 years ago, he was a graduate lawyer working in the corporate sector, but left the corporate world behind to run what was then the only nature reserve in Serbia, aiming to conserve the unique environment for future generations.

“Once you see nature, you fall in love with it and it becomes your whole life,” he says. “There was no way I could go back to being a lawyer.”

While he's a jocular character, Simić says his nature reserve Zasavica still has serious environmental activism at its core.

“We are in many ways pioneers in Serbia, and the world, for sustainable tourism and teaching communities about sustainable living, particularly when it comes to organically sourced food and waste management," he says. "Tourists, or locals, who come to visit us, are taught how food should be made and how our environment should be appreciated and treated. They can spend a few nights with us helping out on our farm, or exploring the wetlands in a way that doesn’t harm or destroy them.”

Even if you’re not a fan of donkey products, Simić says his reserve also caters to a full Serbian hospitality experience.

“People can just stop by for a lunch,” he says, “but I’m telling you, the face cream that I make from the donkey milk turns old people into teenagers.”