In 1993, Amal and Saher Dermelkonian decided to pack their bags and leave their home city of Nazareth with hopes of forging a "better and brighter" future. They would go on to build a successful food business with products sold in major supermarkets across Australia.

Palestinian-Armenian Saher Dermelkonian and his wife Amal hail from the city of Nazareth in northern Israel.

They tell SBS Arabic24 that the biblical city - which has an Arab-majority population - symbolises a place of deep connection and love, a feeling that endures to this day and one that has been instrumental to their success in business.

"We came to Australia [in 1993] after our first year of marriage in Nazareth in occupied Palestine,” Ms Dermelkonian said. “We were looking for better horizons."

Over the next 28 years, they would build a food empire with a Palestinian flavour.

Their family also grew with the births of their three daughters Dima, Nadine and Yana. Despite their positive outlook when they migrated, the decision to leave Nazareth was not an easy one.

"We're a minority and it was hard for us to advance in life the way we dreamed,” Ms Dermelkonian said.

“In Australia opportunities are limitless.

To leave behind home, friends and family, we had to pretend to be strong to make it easier for them. They knew we were striving for a brighter future. 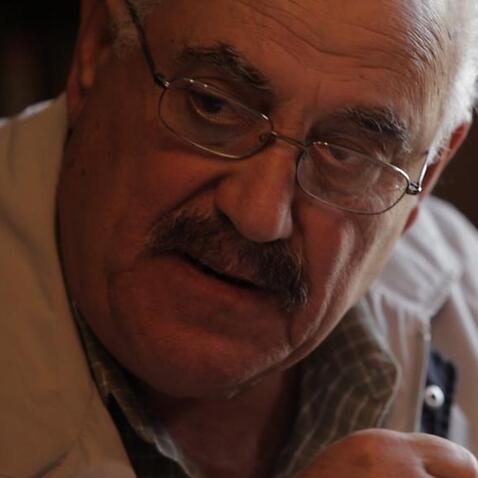 They arrived in Sydney on a cold winter's night in July 1993 and were surprised by the different attitude to the cold weather.

They were used to layering up for the cold back home but were shocked to see Sydneysiders happy to stay in shorts.

Ms Dermelkonian had studied industrial engineering at Technion, The Israel Institute of Technology, which helped her secure a job in Australia after four weeks.

However, in January 2000, the couple decided to shake things up by starting their own business after recognising a gap in the food industry for authentic products. It was then that Syndian natural food products was born, and the couple’s goal was clear from the very start.

"We wanted to offer a healthy food product that showcased Palestinian culture,” she said.

“We didn't want animal products and so we started creating vegetarian and gluten-free foods."

They started from their home kitchen by preparing and packaging baba ghanoush, hummus and falafel, all made in the traditional style of their home city.

"They are products from the heart of our culture.

“We created it in a simple way that would make it easier to enter the Australian market. It wasn't common back then to buy readymade hummus." After several months, their business started to grow, so they decided to rent a small factory.

"We rented it for a year and a half only and had to move on to our current factory as demand for our product increased.

"We wanted to combine all our names in the word Syndian, which also has an Armenian twist."

In 2010, Syndian products began selling in Coles supermarkets and Woolworths followed in 2012.

Ms Dermelkonian sees her products as a “conduit” between the Palestinian culture and the Australian public.