The chairman of the mosque which served as a place of worship for the teen who killed Sydney police accountant Curtis Cheng in 2015 says education is a key in stopping Islamic radicalism.

Chairman of Parramatta Mosque Neil El-Kadomi believes that educating youngsters about the negative consequences of terrorism on the community is the most effective way to deter radicalism.

Parramatta Mosque in Sydney came to the attention of the nation in 2015 when one of its regular worshippers, 15-year old Farhad Jabar, gunned down NSW police accountant Curtis Cheng outside the state headquarters. Since then, Mr El-Kadomi said his mosque had worked "very closely" with police to identify any potential threats.

"We work very closely with them and we have also started a joint program that gives counter-terrorism officers the opportunity to give lectures and participate in workshops in our mosque on weekly basis to educate Muslim youth," he told SBS Arabic24.

“Those who commit terrorist acts are brainwashed. The key to rehabilitate those youth is providing a thorough explanation of the negative consequences of terrorist acts on Muslims themselves and the backlash they’ll have to deal with.” A woman holds an order of service for Curtis Cheng after his funeral service at St Mary's Cathedral, Sydney. Saturday, Oct. 17, 2015
AAP

Shire Ali, who was gunned down at the scene by police, was known to the AFP and had his passport cancelled in 2015 amid concerns he planned to travel to Syria to fight with IS.

Prime Minister Scott Morrison and Home Affairs Minister Peter Dutton have been vocal in calling on Islamic leaders to do more to ensure that dangerous teachings and ideologies did not take root in the country. “We’re not police officers to track worshipers and test potential terrorist intentions. We receive worshipers from across the city and I think the prime minister made a mistake attacking Islamic leaders who are doing a lot already," Mr El-Kadomi said.

"The prime minister is just babbling. Why doesn’t he look around to spot terrorists and stop them? He’s just politicising the incident before the elections." 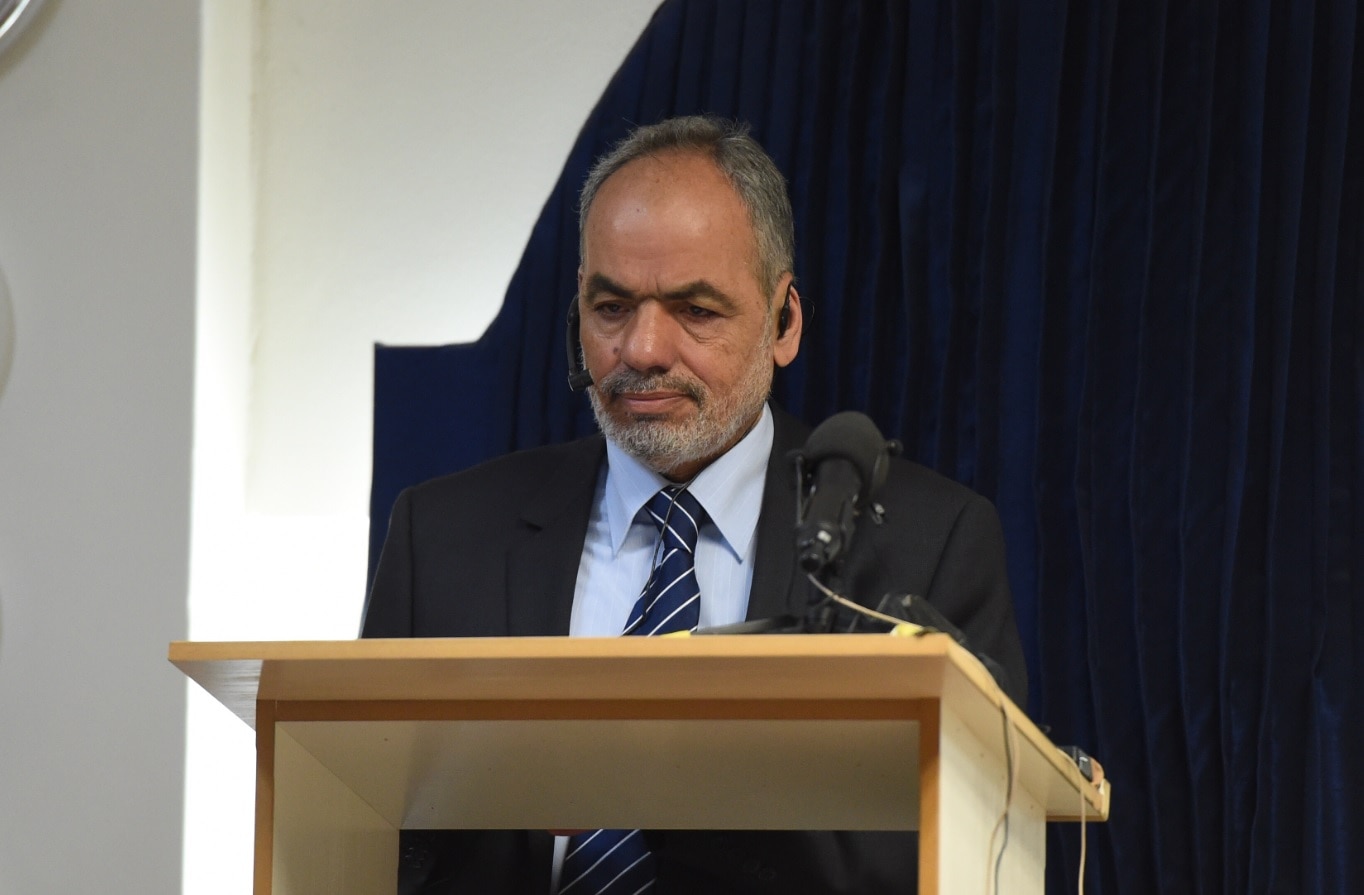 Mr El-Kadomi said his mosque was proactive in its education but highlighted that identifying those who may be radicalised was close to impossible.

"Our Imams are highly educated and we direct them to stay away from politics in their teachings and lectures," he said.

"I do not believe a priest or a sheikh would recognise those who are plotting an extremist act; those offenders won’t just reveal their real intentions.

"If someone discussed radicalised ideas with us, we would immediately report them to the police.”

Mr El-Kadomi said the mosque learned many lessons from the 2015 attack and suggested that other religious centres exercised heightened vigilance.

“Even family members cannot spot suspicious activity whereas friends can," he said.

"Show me who your friends are and I’ll tell you who you are.”