'My family is my why': Gluten-free baking is cafe owner's expression of love

Having a husband and daughter who suffer from coeliac disease, self-taught baker Rejoice Thomson demonstrates how food can be a tangible expression of love.

There is nothing Queenslander Rejoice Guevara-Thomson wouldn't do for her family, so teaching herself how to bake wasn't exactly a big feat.

"When I married Adam, I found out that he had coeliac disease. If you have coeliac disease, you can't have anything that has gluten," Rejoice shares, adding, "I had to learn how to cook and bake out of necessity and love for my husband. I wanted him to experience what I enjoyed eating. Before he was diagnosed, he was a big foodie. Both of us were". "Before he was diagnosed, he was a big foodie. Both of us were."
Rejoice Thomson

From pharma to table

Aside from being a foodie, what Rejoice took pride in was working as a pharmaceutical coordinator in one of the biggest multinational companies in the Philippines. However, she soon found out that landing a job in the pharmaceutical industry in Australia was difficult without local experience.

Rejoice refers to this difficulty as "a blessing in disguise" though because soon after their wedding, she found herself pregnant with her daughter Bella and, looking to experiment more on gluten-free (GF) dishes she can prepare for Adam. "I learned how to bake out of necessity and love for my husband. I wanted him to experience what I enjoy eating."
Rejoice Thomson

"I began learning how to bake. I was baking so much that it turned into a passion. I realised how naturally baking came to me. I was surprised by how much I enjoyed it," she shares.

What surprised Rejoice as well was that GF baking was more challenging than she thought it would be. She shares that it took a lot of trial-and-error to get the baked goods to be as close to their gluten-rich counterparts as possible.

"I remember I wanted my husband to experience Cinnabon-type scrolls that I enjoyed in the Philippines. I worked on the recipe for three months. There were so many scrolls that went into the bin. Some were so hard that if they hit you on the head, they could kill you." Rejoice admits that the first time she baked scrolls, that "some were so hard, they hit you on the head and kill you."
Rejoice Thomson

She recalls failing several times because the pastry wouldn't hold together, adding that when she finally perfected the recipe, her husband "was in tears because he hasn't had apple pie for the last six years then."

In as much as Rejoice has perfected both her scrolls and apple pie, she admits that GF baking continues to be a learning process for her.

"It takes a lot of patience. Every recipe is different," she says, adding, "Brownies are a bit easy. You can use a gluten-free all-purpose flour. If you want a fudgier brownie, you would use more eggs than flour. But baked goods like ube cake, you need around three or four different gluten-free flours to get close to the texture of its regular version."

Poetry in a cup

While Rejoice immersed herself in baking, Adam was captivated by the café culture in Australia. Adam, who was working in IT then, became a prolific café reviewer for Beanhunter.

In as much as the pair was a great match as husband and wife, they quickly realised that their personal obsessions fortuitously fit together; so in April 2014, they decided to open their own café on Overend Street in Norman Park. Combining their love for coffee and baked goods, Adam and Rejoice established their own cafe.
Rejoice Thomson

Located in the Poet's Corner, the couple gave the café the romantic and lyrical name 'Dovetail on Overend'.

"We wanted a name that would best represent our space, who we are and what we would like to offer our customers. I researched on a name and stumbled on ‘dovetail’. It means joinery in furniture. There was a good ring to it. We wanted our space to connect people." 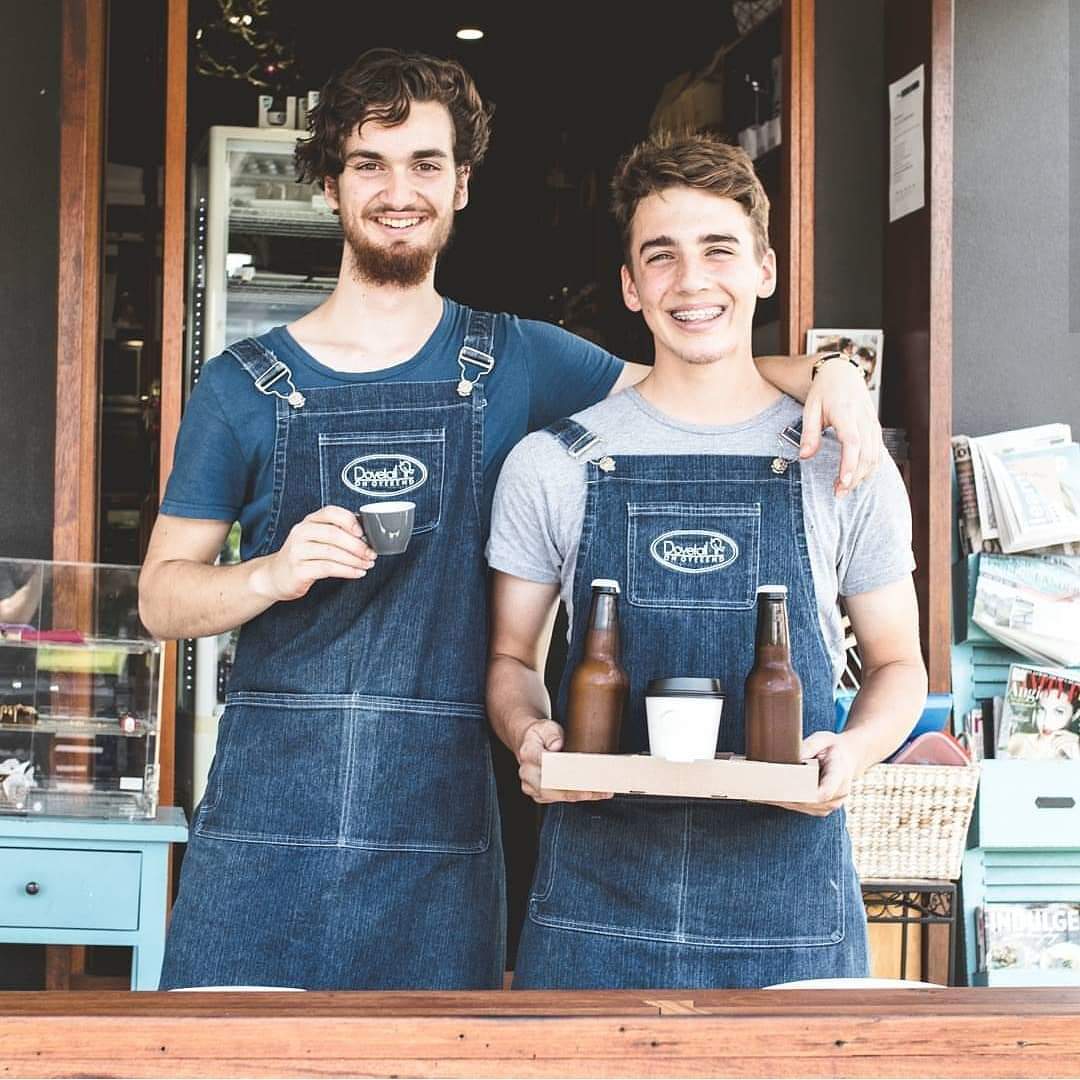 For Rejoice and Adam, connecting to people also means giving back to the community that has embraced them.
Dovetail on Overend's Facebook profile

For Rejoice and Adam, connecting to people also means giving back to the community that has embraced them. They do this by training people who are interested in becoming baristas "so they have a better chance of getting into the specialty coffee scene".

And in the specialty coffee scene, Dovetail on Overend has not only made a name in itself for its caffeinated offerings, but for Rejoice's GF baked goods as well. A number of these baked goods are Filipino-inspired. "90% of our customers are actually non-Filipinos. I really wanted to share a little bit of my culture through my pastries, so we sell baked goods such as ube cake and ube donuts. They're very popular," she shares.

Rejoice emphasises that everything she makes for the café is gluten-free and that they don't charge extra for this option, adding, "Dovetail is a strong advocate for coeliac awareness in food preparation. I want to encourage other cafés and restaurants who have GF items in their menu to make sure that they have a strict process in preparing GF dishes in their kitchen so customers who have coeliac don't get sick."