It is 1959 and 13 year old Sara's parents are migrating to Australia from the Netherlands. Sara doesn't want to go, but her father is persistent and the family ends up in Bonegilla, one of the larger migrant camps. At the local school she meets the Aboriginal boy Otis, and she makes discoveries, about herself and about her new land: "Sara's Walkabout". Inez van Loon is an award winning author of often historical books and she feels the book would resonate with migrants from any country.

Inez only started to write books because her teenage son refused to read anything. He complained that there wasn't anything interesting to read in books and he was only focused on skateboarding. So Inez van Loon wrote a book about skateboarding, her son started to read, and so did his friends. Before long Inez had written a whole series of skateboarding books: Skatewise, and she became the skateboarding mother of the skateboarding community in the Netherlands. Inez then decided to try her hand at other writing genres and she has now, ten years later, well settled into children's books with a historical angle, and has won a fair few awards for her work. The author uses the historical and social context of the times and doesn't shy away from controversial subjects such as child labour in the Netherlands in the 19th century. Her book: 'MATHILDE, IK KOM JE HALEN’ is based on her own grandmother’s life. It depicts the way unschooled workers were treated at the beginning of the last century. It also shows how people began to revolt against factory owners. 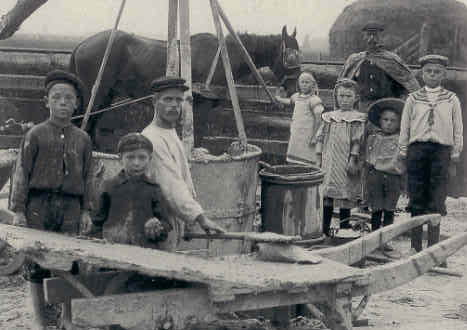 In her latest book: 'Sara's Walkabout", she delves into the migration experience of a 13 year old Dutch girl who migrates with her family to Australia in 1959. Sara really doesn't want to leave The Netherlands, is the odd one out at her local primary school, and so is Otis, a mixed blood Aboriginal boy, one of the many members of the Stolen Generation. Together they go on 'Walkabout" and Sara slowly discovers herself and her new land.

"Otis and Sara go on Walkabout because Otis wants to find his family, and Sara learns from Otis what really counts in life: your family"

The writer researches her books thoroughly and the descriptions of the migrant camp in the fifties and sixties will surely be familiar to many migrants from many countries. 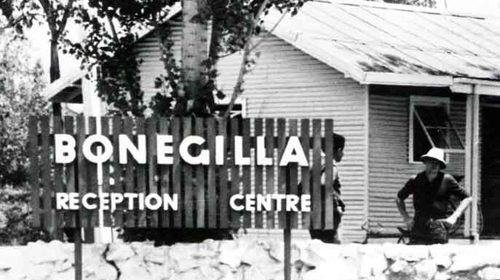 'Sara's Walkabout' hasn't been translated into English yet.