DOWNLOAD 14.37
SUBSCRIBE
Mostafa Salameh is one of the most decorated mountain climbers in the world. Source: Supplied by source.

Former refugee Mostafa Salameh has scaled the world's highest peaks during his glittering climbing career. He tells SBS Arabic24 that his next goal is to take on Australia's highest mountain.

The Explorer’s Grand Slam is considered one of the world’s most gruelling mountaineering challenges and one that only the best climbers have accomplished.

To achieve the feat, a climber must reach the summits of the world’s seven highest peaks, including Everest, Aconcagua, Denali and Kilimanjaro, as well as conquer the North and South poles.

He tells SBS Arabic24 that his success was the culmination of decades of hard work, after overcoming significant challenges growing up as a refugee in a Jordanian camp. His extraordinary journey is explained in his biography ‘Dreams of a Refugee: From the Middle East to Mount Everest,’ which he has confirmed will be the subject of a Netflix film in the future.

Mr Salameh plans to travel to Australia next, to take on the continent's highest peak Mt Kosciuszko.

He says the closest he got to visiting the country was in 2012 when he reached the summit of the Carstensz Pyramid in Indonesia.

“I hope to visit [Australia] soon and discover its nature and hold multiple motivational talks and about my adventures and my books,” he says.

"Back in 1993 when I was trying to learn English, I used to watch Home and Away and Neighbours, and saw Australia through them.” 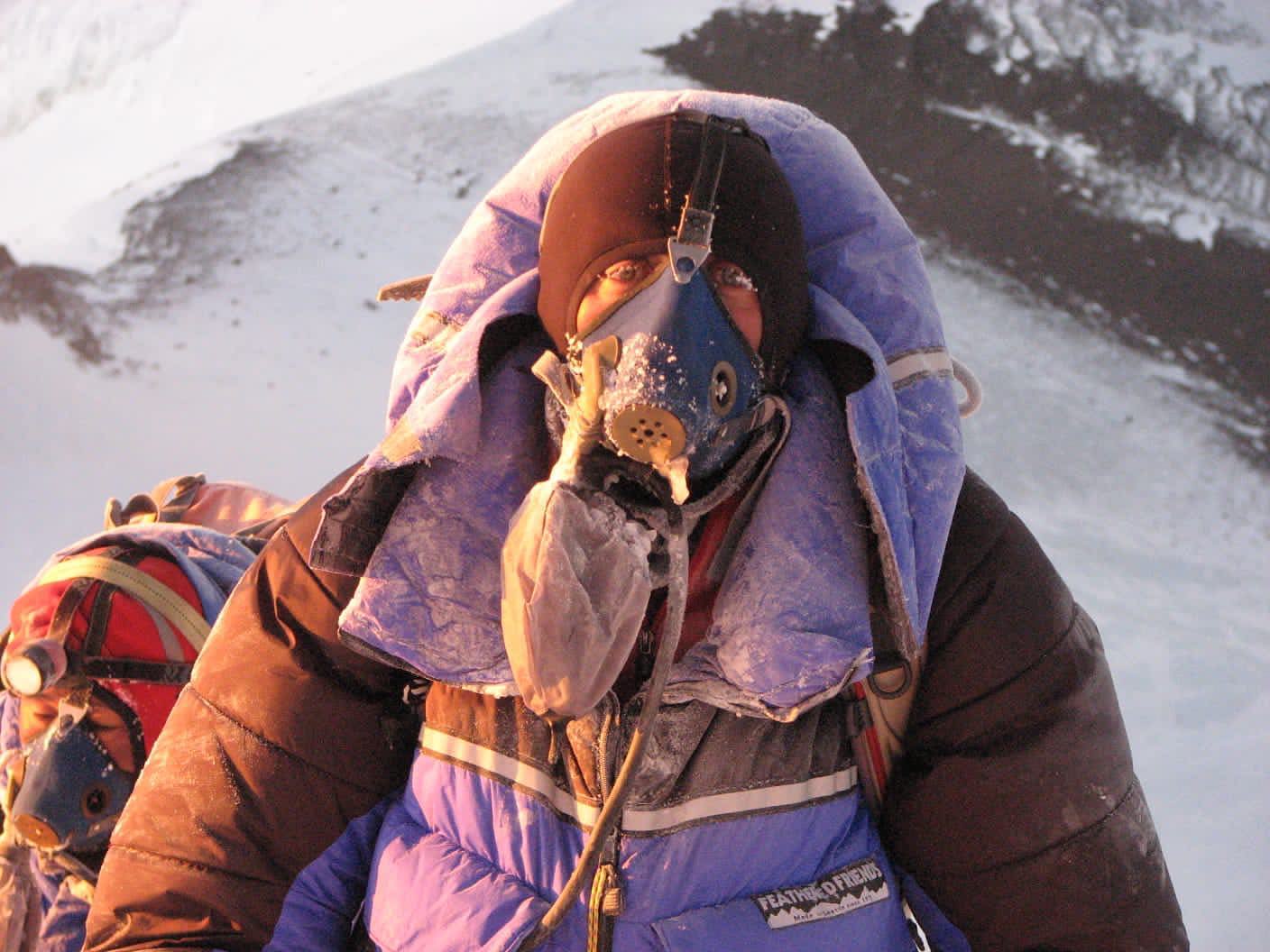 He concluded the challenge with hikes to the North and South poles, which he describes as the most difficult experiences of his life.
Mostafa Salameh Facebook

Who is Mostafa Salameh?

Born to Palestinian parents in Kuwait, Mr Salameh was raised with his nine siblings in the Wihdat refugee camp in Jordan and attended what were known as ‘Al Wakaleh schools’ for children like him.

As a child, he would take a tray of sweets that his mother had made and sell them to support the family.

After graduating high school, he hoped to continue on to university, but faltering living conditions meant he had to take up a job as a restaurant waiter in the Jordanian capital, Amman.

The turning point in his life came in 1992 when he met the brother of the Jordanian ambassador to England in the restaurant, who offered him a job in the ambassador’s kitchen in London.

Hoping to secure more money for his family and ensure his brothers could continue their education, Mr Salameh took the opportunity in England.

He worked with the Jordanian ambassador for a year, before continuing in the hospitality industry as a dishwasher cleaner and waiter.

"I would send 50 per cent of my income to my family in Amman, live with 25 per cent of it, and save the rest of it to continue my university studies."

His next goal was to become the general manager of a five-star hotel, a task he believed would take around three years, before his life “completely changed” one night in 2004. "I woke up at 2am sweating from my dream. I was seeing myself standing on the highest mountain peak in the world while I was praying. I felt that it was a vision and not just any passing dream.

"I turned on my computer and looked for the highest mountain in the world, I didn't know what it was. I found it, Everest, and I thought it was in America."

Up to that point, he had never climbed a mountain or even slept in a tent, and admits he was not living his healthiest life, was not physically fit, and smoked two cigarette packs a day. 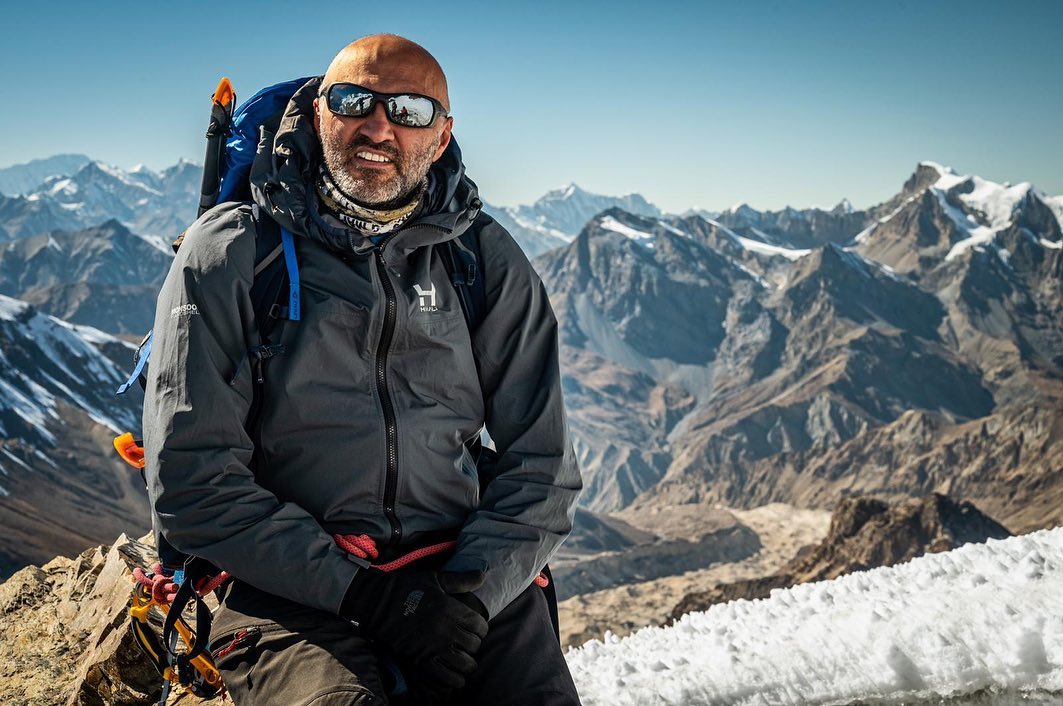 Knowing what lay ahead, he made changes to his lifestyle but faced challenges in securing funding to make his climbing dream come true.

"My father was the first to support me emotionally. But I faced a lot of criticism from people who thought what I was planning to do at first was crazy."

After publishing an article in an Edinburgh newspaper about his search for a financier, he received an invitation to meet with representatives of King Abdullah II bin Al Hussein in Jordan.

"King Abdullah supported me and believed in me, and he wanted to see an Arab name participate in the Explorer's Grand Slam."

He managed to secure around US$200,000 to $250,000, which allowed him to train in Nepal, Tibet, and North America, with the goal of climbing the Denali and Everest peaks.

After three years of intense training and two failed attempts, he finally conquered Everest on May 25, 2008, a date marking the anniversary of Jordan's Independence Day.

His success over the 72-hour trek meant he was the first Jordanian climber to reach the world’s highest summit.

Mr Salameh also climbed the six other summits during the decade endeavour, including Mt Elbrus in Russia (2005), Mt Kilimanjaro in Tanzania (2007), Mt Aconcagua in Argentina (2008), and the Carstensz Pyramid in Indonesia (2012). He reached the North and South poles in 2014 and 2016 respectively, and with it, finally completing the Explorer’s Grand Slam.

“I became one of the 13 people, back in 2016, in the world to climb the highest mountain peaks around the continents and walk the South and North poles. The first Arab-Muslim.

“I don't aspire for glory and fame.

"If the goal of achieving this dream is personal for glory or fame, it will end there. If the person carries a humanitarian message and a noble goal, his message will remain immortal at the top, even if his body is absent."

He says the goals of his first jobs in hospitality were to support his family, but his career in mountaineering has inspired him to help more people in need.

"The messages of my climbing mountains is becoming bigger and deeper every day. I am climbing for cancer patients and for Palestine, the central case in my life now.

“I feel very proud that I was able to raise more than $5,800,000 for the King Hussein Cancer Center, UNRWA, the Association of the Blind and other non-profit and non-governmental organisations around the world”.

He says that his most memorable accomplishment was climbing Kilimanjaro with a team of 26 Jordanians for the support of the King Hussein Cancer Center in 2014.