The Victorian Honour Roll of Women was established in 2001 to recognise the achievements of women from the Australian state of Victoria. Marisa Vedar, was one of the few women to be inducted in this year's list.

Marisa Vedar is the current director and country secretary of Gawad Kalinga Australia. Due to her passion for serving and her organisation's collective efforts, especially helping the Filipino international students during the COVID-19 pandemic, she became one of Victoria's Honour Roll of Women inductee for 2021.

Servant from the very start

Marisa has a long history of community work. During her undergraduate studies back in the Philippines, she already had been very active in social civic activities. Her earliest recall was when she was involved in touring orphans and children with disabilities in recreational camps.

She also credits her values in life as inculcated to her by the Jesuit teachings back in Ateneo.

"You have to be a man or woman for others. If you want to have change in the world, you have to initiate the change and be part of it."

At one point, she also participated in kabataang barangay during the martial law era. She also joined in the choir, outreach programs and fundraising programs for the poor.

It was almost automatic for Marisa to serve again in the community when she came to Australia. She was involved in a number of Filipino organisations. And in one point, she became the president of the largest Filipino group in the country - the Philippine Communities Council Australia.

As for her successes, she does not want to own it herself, rather she credits accomplishments as a collective effort.

"Mas gusto ko siyang tawaging mission accomplished rather than achievement. It is not my achievement alone, but for the entire team in Gawad Kalinga." After working with a lot of Filipino groups for a number of years, Marisa pinpoints that the main challenge within the Filipino-Australian communities is our sense of factionalism and politicisation.

She advices the young Filipino groups and fellow community leaders to not fall in the trap of being divided provide help beyond barriers. 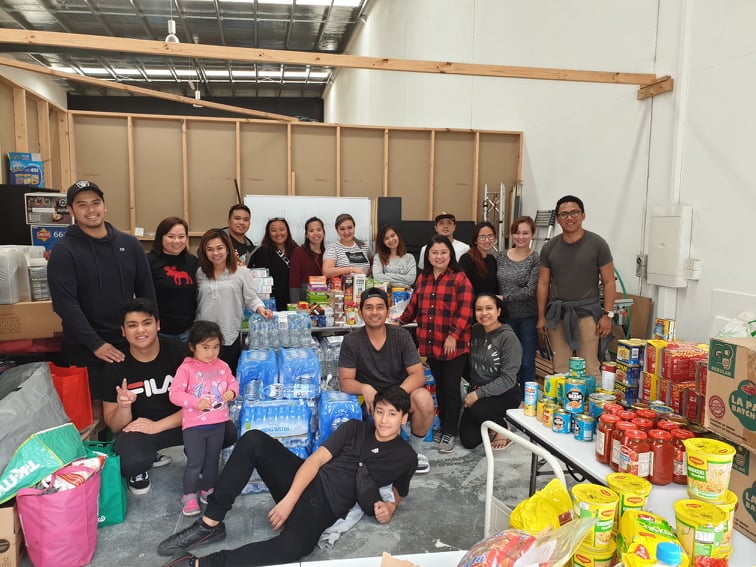 Servanthood does not stop in sending tangible help as for Marisa and her team. In the near future, she wants her organisation to widen the help they provide on the domestic front. She wants the organisation to be more visible in the Australian context and not just in Victoria or back home in the Philippines.

Moreover, she aspires to collaborate with other Filipino organisations to help lobby issues that are relevant for the Filipino community

She sees herself to retire in the next three to four years and to focus on succession planning.

Marisa will be formally inducted in the Victorian Honour Roll of Women 2021 in January 2022.