Sarita Borliya migrated to Melbourne from Ujjain and since then has been busy promoting India’s classical sitar, vocals, folk, and the kirtan or bhajan music traditions.

Dr Sarita Borliya Mckenzie-McHarg was born in Ujjain in 1977.

Dr Sarita Borliya Mckenzie-McHarg says that “as a child, I learnt various forms of Indian folk singing, especially the Kabeer and Malwa traditions from my parents.”

“At 15 years of age, I began the study of the sitar and then went on to complete a Bachelor Degree (Arts) at Vikram University in Ujjain and a Masters Degree in Arts (Sitar) at SNDT University in Mumbai,” she adds.

In 2000, she migrated to Australia with an aim to complete a second Masters Degree in Music at Monash University in Melbourne.

Dr Sarita Borliya Mckenzie-McHarg says “With 10 years of sitar training in India and two Masters degree I thought it was the right time for me to contribute to music research.”

She returned to India to complete her doctorate in Indian Classical Music at Vikram University.

Dr Sarita Borliya Mckenzie-McHarg has worked as an approved All India Radio (AIR) artist and performed as vocalist and sitarist, both in India and abroad.

A few minutes of talking and you realise the depth of knowledge she carries about Indian classical, Indian folk and Western music.

“I enjoy all musical experience within the western and Indian space,” she notes.

In Australia, she performed on two separate occasions with Monash University World Music Orchestra at the 2007 International Jazz Festival in Melbourne, Australia.

She has also  performed vocal and sitar recitals in Ujjain to high acclaim for Shravan Mahotsav.

This prestigious festival is organised at the famous Mahakal Temple.

Dr Sarita Borliya Mckenzie-McHarg says that “Since arriving back in Australia, I have also performed at various temples and other music functions in and around Melbourne – including the Melbourne Fringe Festival.”

To promote Indian music and vocal tradition in Australia she started her own school.

Her school specialises in Indian classical sitar, vocals, folk, and the kirtan or bhajan tradition.

She works closely with her students from various multicultural communities, such as Greek, to create a fusion of east and west.

Recently, she collaborated with fellow musicians in Melbourne to perform at the Federation Square Diwali Mela.

Sarita is married to a Scottish musician Garry Mckenzie-McHarg and that is another wonderful story straight out of a Bollywood film. 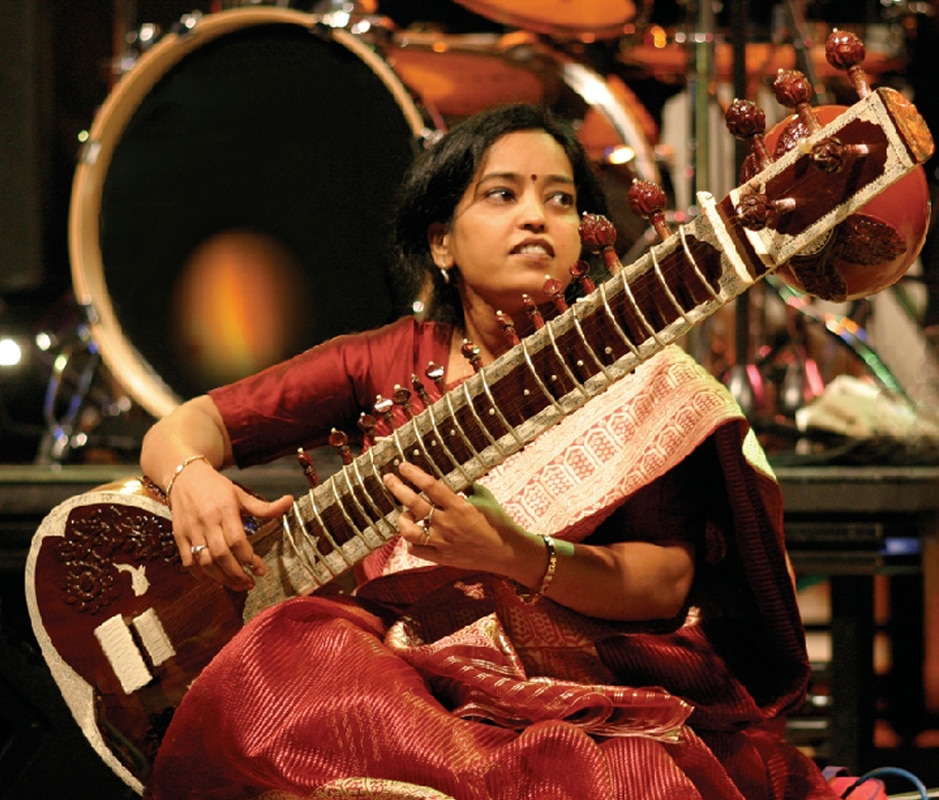