Hundreds of farmers gathered at the Singhu, Tikri and Ghazipur borders around the national capital on 26 November to mark one year of the protests against three farm laws that Prime Minister Narendra Modi announced to repeal earlier this month. This and more in our weekly news update.

Farmers carrying flags and flaunting colourful turbans and twirling moustaches danced on tractors and distributed sweets to mark the first anniversary of the key protests against the three agricultural reforms that are set to be formally withdrawn during the parliament's Winter Session that is currently underway.

Photos from Singhu border stage.@PSainath_org and many other prominent personalities are there at Kisan Morcha today.#1YearOfFarmersProtest#ConstitutionDay2021 pic.twitter.com/xo2RSfa3Pb

Rakesh Tikait, one of the leaders of the movement, said the farmers also want government assurances of guaranteed prices for certain essential crops, such as wheat and rice. He demanded that the government set up a committee to address their remaining demands.

"It has been a year of unmatched struggle mixed with happiness and sadness. We have been fighting and winning. We will fight, and we will win. MSP law is farmers' right," Mr Tikait said.

Click on the player at the top of the page to listen to the update in Punjabi. 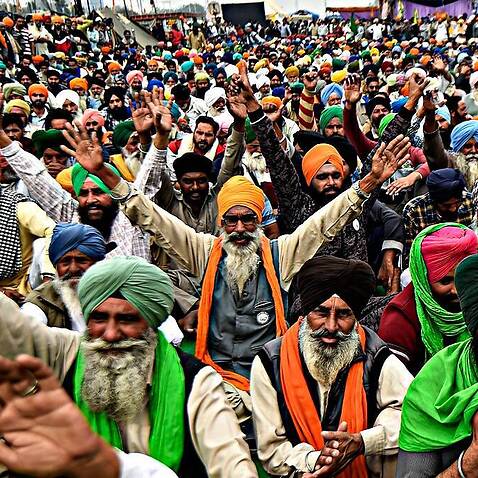 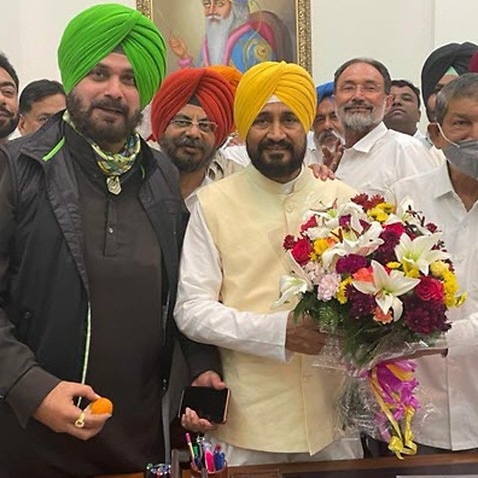