In this week's news wrap from Indian Punjab, learn how the Narendra Modi-government’s contentious Farming Bill has been passed by voice votes in Rajya Sabha, the Upper House of the Indian parliament, on September 20. Voting on the two Bills was conducted on a Sunday after they were passed by the Lower House last week.

Rajya Sabha witnessed a ruckus that was created by some angry opposition members on Sunday when Rajya Sabha Deputy Chairman Harivansh refused to adjourn the sitting as per schedule and extended it by inviting a minister to speak in support of the Bill.

Some protesting members of the Opposition tried to pull out a microphone and tore away a House Rule Book, demanding a no-confidence motion against the deputy chairman.

Punjab’s main opposition party, and Bharatiya Janata Party (BJP)'s longstanding political ally Shiromani Akal Dal (SAD), has been opposing this Bill since the current monsoon session of India’s parliament began, but that hasn’t prevented it from being passed.

On September 17, SAD’s Harsimrat Kaur Badal resigned from office as India’s minister for food processing industries. Mrs Badal was the only minister from SAD in the National Democratic Alliance, the BJP-led coalition that is in power at New Delhi.

Her resignation has been accepted by the President of India Ramnath Kovind, who will now sign the farming Bill which was passed in Lok Sabha, the Indian parliament’s Lower House, last week.

Listen to this podcast in Punjabi by clicking on the audio link inside the picture at the top of the page.

People in Australia must stay at least 1.5 meters away from others. Check your state’s restrictions on gathering limits.
If you are experiencing cold or flu symptoms, stay home and arrange a test by calling your doctor or contact the Coronavirus Health Information Hotline on 1800 020 080. News and information is available in 63 languages at sbs.com.au/coronavirus 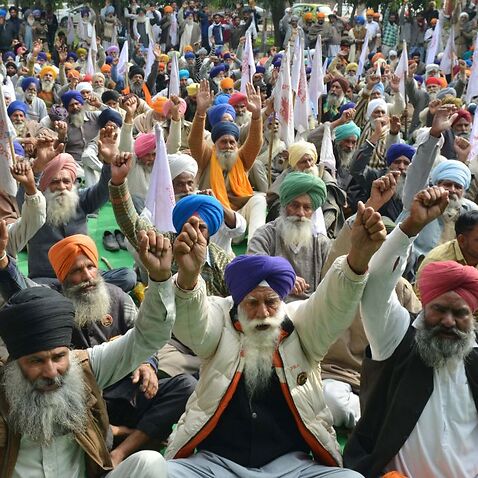