Roman Berry was living in London surrounded by empty boxes that were used to ship their belongings when the idea of a tree from recycled materials came into mind.

“That year I promised myself to be more conscious of my carbon footprint.” He spent hours going through all his belongings in storage and then got creative.

The tree that keeps on growing

While the boxes he accumulated gave life to two trees; they both found a new home in charity stores in London. While his move back to Australia gave life to another tree in his Melbourne home. "It just kept on growing, I just kept on adding boxes. It seems to have a life of its own" Roman Berry on his tree made from recycled boxes
Roman Berry

“Every time we have things delivered; I found a way to recycle the boxes. The tree has become a permanent fixture in our home. In December it turns into a Christmas tree then after the festive season it can become a place to hang my plants or a coat hanger or hat stand.” Roman shares, “The tree I have right now was created in 2019 and I just keep on adding to it every time I have the chance.” "This tree reinvents itself every now and then. It becomes a space where I hang my plants or sometimes it becomes my coat hanger" ROman Berry

Every Christmas décor in his home is upcycled. The inspiration for his paper birds, created from old wrapping paper was from a “A thousand Cranes”. “I really love that story, I just got really into making the birds. I used old wallpaper, old cards. This year, I added origami butterflies.” "The LED lights I've had since 2006. I just keep them in storage" Roman Berry on recycling his Christmas decors
Roman Berry

“We also have LED fairy lights that we’ve had since 2006, I keep them in storage after Christmas but sometimes I take them out and use it as a lamp in a corner too.” Roman Berry’s imagination is always at work; being active in theatre he is always involved in the creative process. He is also a very sentimental person; he hardly gives away or disposes of gifts from friends.

“I made this nest for the birds from a material that was gifted to me by a friend from Vietnam in 2014. When I’m in the mood I’d go through my things in storage and find inspiration to create and recreate things. My theatre influence just kicks in and helps in creating themes.” 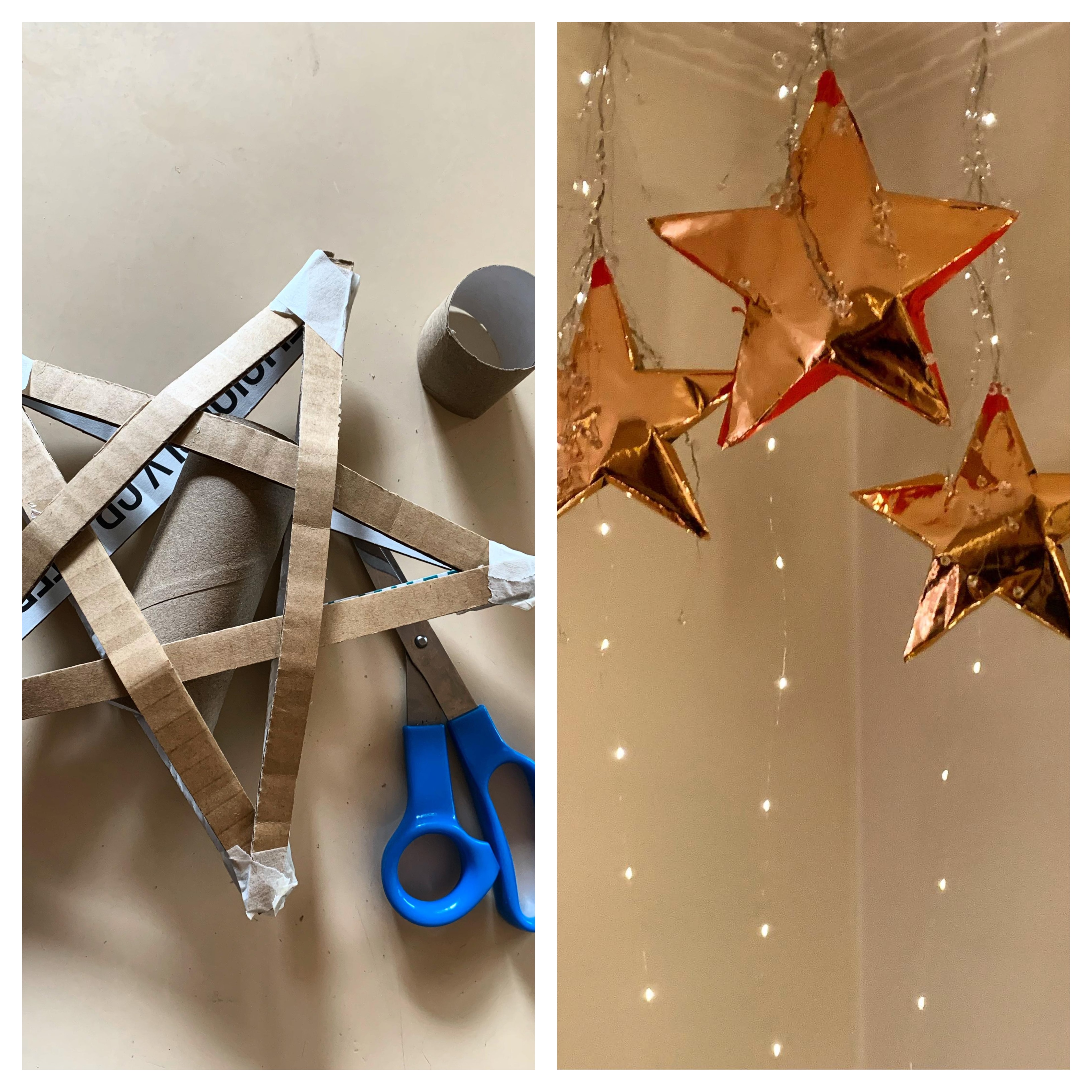 "I was inspired to make a Parol, I used old cardboard boxes instead of bamboo sticks" Roman Berry on this year's new addition
Roman Berry

“I really wanted to do a Parol (Christmas star), first time ever that Disney came with a Christmas ad with the story of a parol and that inspired me. I didn’t have bamboos to use as a base for the star, but I had boxes.I cut out the boxes and pretended they were bamboos and made a Parol!” Growing up in the Philippines, Roman is accustomed to using things around the house as materials for Christmas decors. “Remember we’d get those plastic cups and cut the ends, so they’d look like little lamps?”

“You just have to look at what you have, lay them out and trust me your creative ideas will just flow.”

And for Roman Berry, it all started with a collection of boxes that gave life to trees. 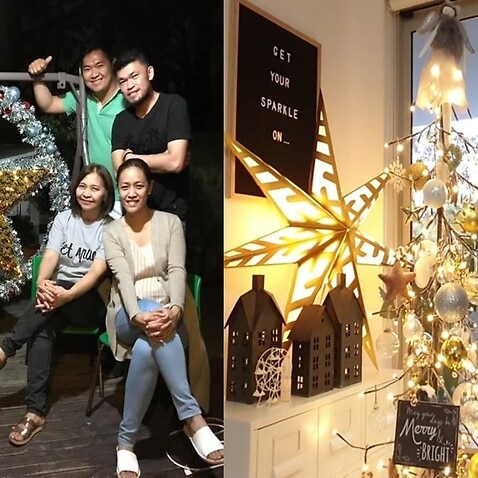