While Aussie brekky staples include Vegemite on toast and Weetbix, Filipinos opt for a more filling meal of fried meats, eggs and garlic rice.

Long gone are the days of not knowing how to fry an egg, with Tonet and her husband Anthony Penano now running General Charlie café, an establishment named after one of their beloved cats. 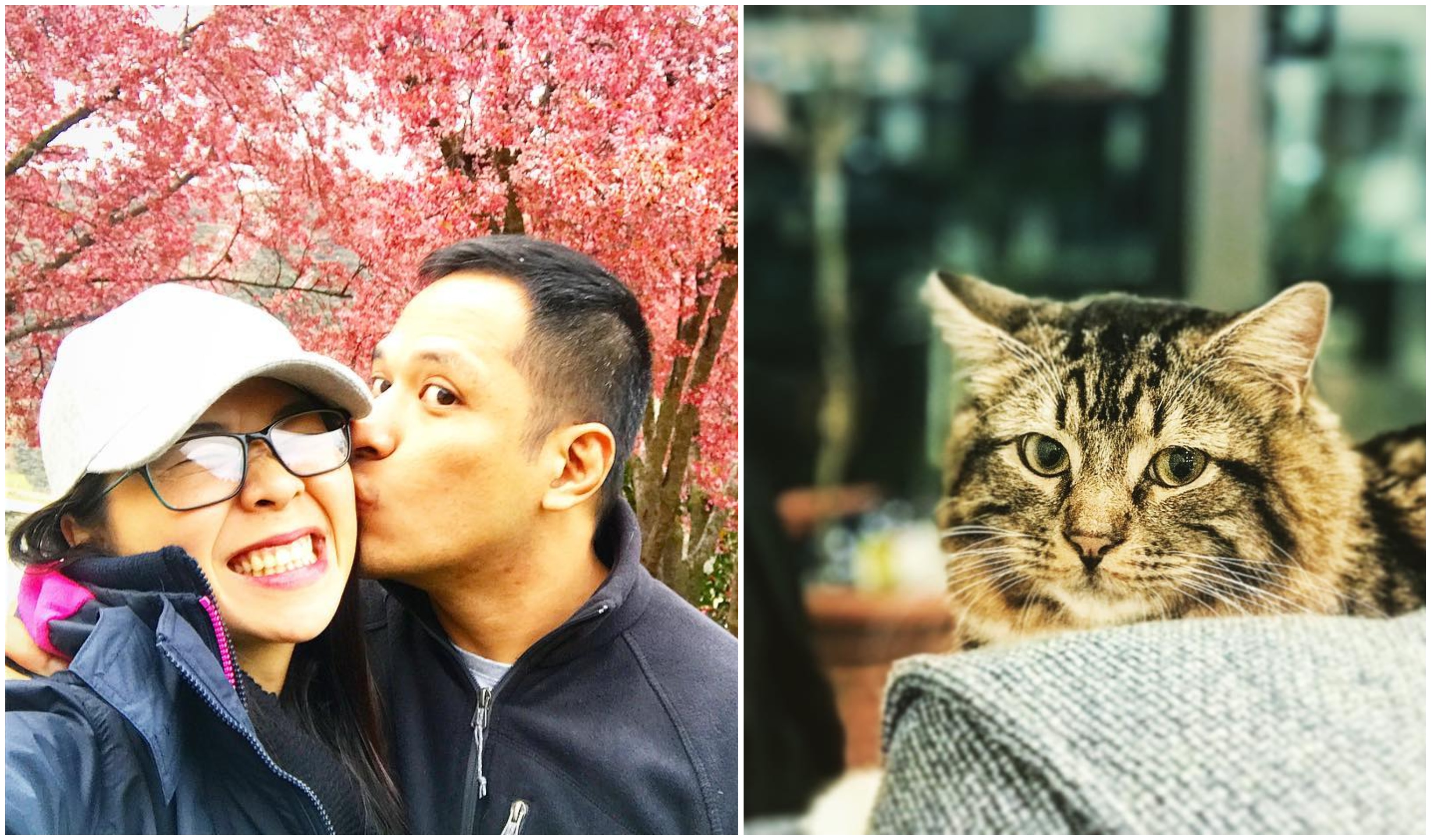 "In 2016, Anthony studied as a chef. He took Certificate III in Commercial Cookery and that's when he learned how to cook. He was a barista before his course; after it, he worked as a chef in some pubs and cafés," Tonet shares.

Tonet admits that Anthony's experience in pubs and cafés furthered their want to build a business of their own, a goal they had when they decided to migrate to Australia. 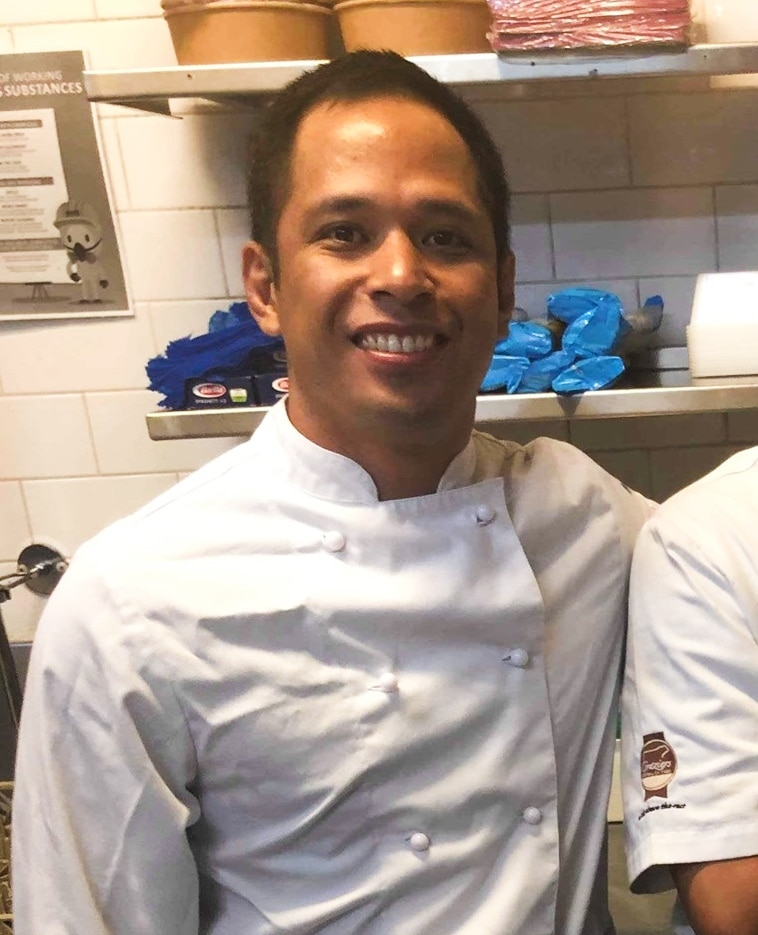 Tonet admits that Anthony's experience in pubs and cafés furthered their want to build a business of their own.
Tonet Bermejo

"Back home, we ran random businesses; after Anthony became a chef, we though that maybe it was time for us to take a risk. We didn't see ourselves as just part of the corporate wheel," she says.

Alighting from the corporate wheel meant using their savings to put up their own café in a location that would be affordable and feasible for them. 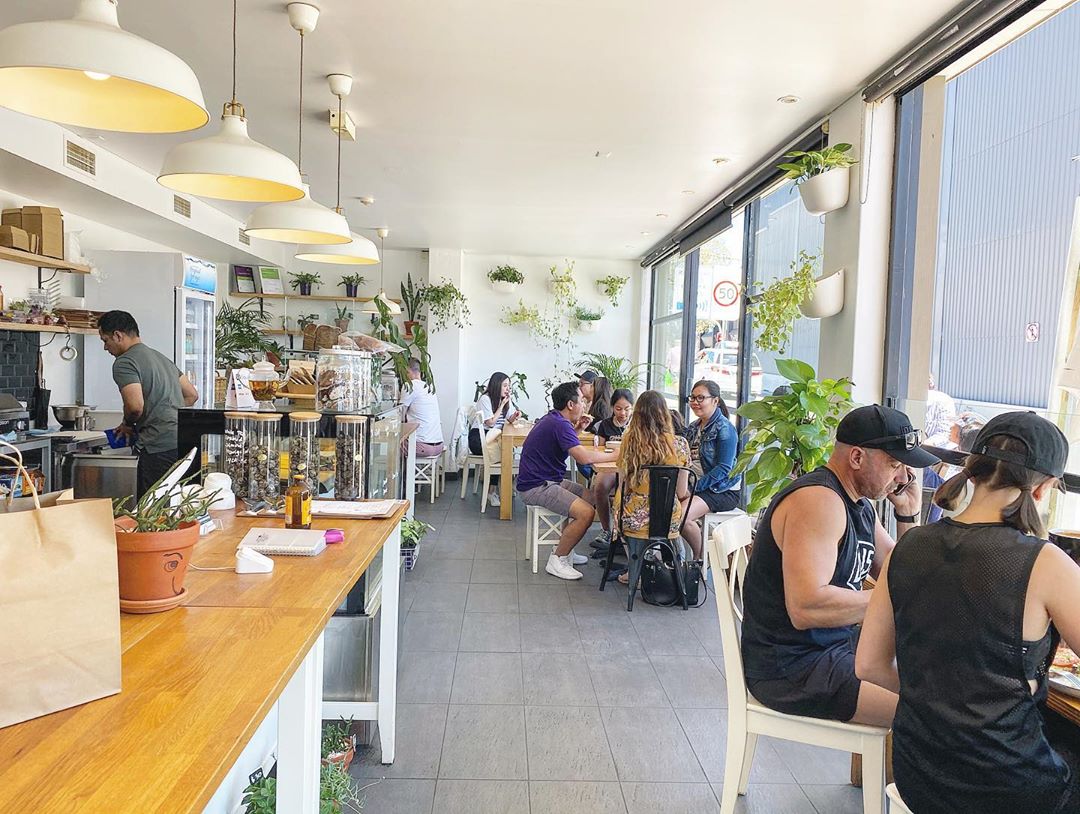 "There are a lot of nice spaces in Sydney, but the struggle is the rent."

"There are a lot of nice spaces in Sydney, but the struggle is the rent," Tonet admits, adding, "Also, I'm not a morning person. It's a stuggle to wake up in the wee hours to open the shop so we had to find a location close to home."

A location close to home was an already-fitted space in Crows Nest, found across a newly-constructed metro station which now occupies the space where small businesses were once located.

"We have a regular customer say that he had been looking for a café for the past few months where he could sit down and chat. He said they lost places in the community to hang out in because of the train," Tonet says, adding, "Every customer that comes in, I try to relate to them in their daily struggle and when he said that...stories like his make the struggle of opening a café worthwhile." 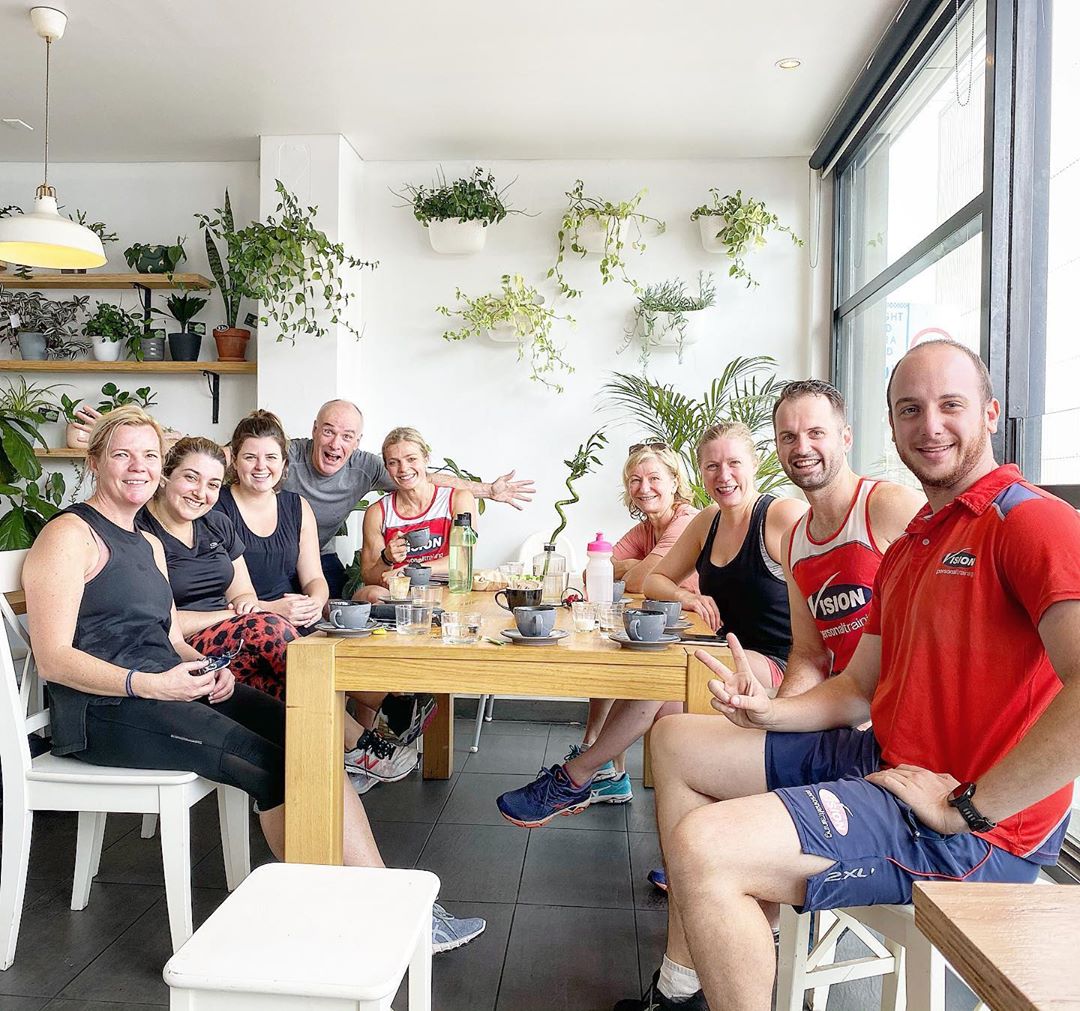 Sharing stories with their customers also made the couple realise the differences in social expectations when it comes to running a café and owning a restaurant.

"The Crows Nest community, it’s very [and tight-knit]. Customers aren't just clients; they become almost like family," Tonet says, adding, "With restaurants, customers come and go; with cafés, clients come in every morning for their coffee run and they come back a second time for lunch. You see them daily and get to know them on a more personal level."

In as much as Tonet and Anthony are getting to know their customers on a more personal level, their clients are getting better acquainted with the couple's cultural cuisine.

"We didn't plan for us to be a Filipino-themed café. We just added two menu items that were Filipino - the tapsilog (marinated fried beef served with egg and garlic rice) and choriburger (grilled chorizo burger)...and the first weekend we opened [last October], hoards of Filipinos came. We realised our cuisine was underrepresented; so every week, we would add one Filipino food item to the menu. Now, we're here." 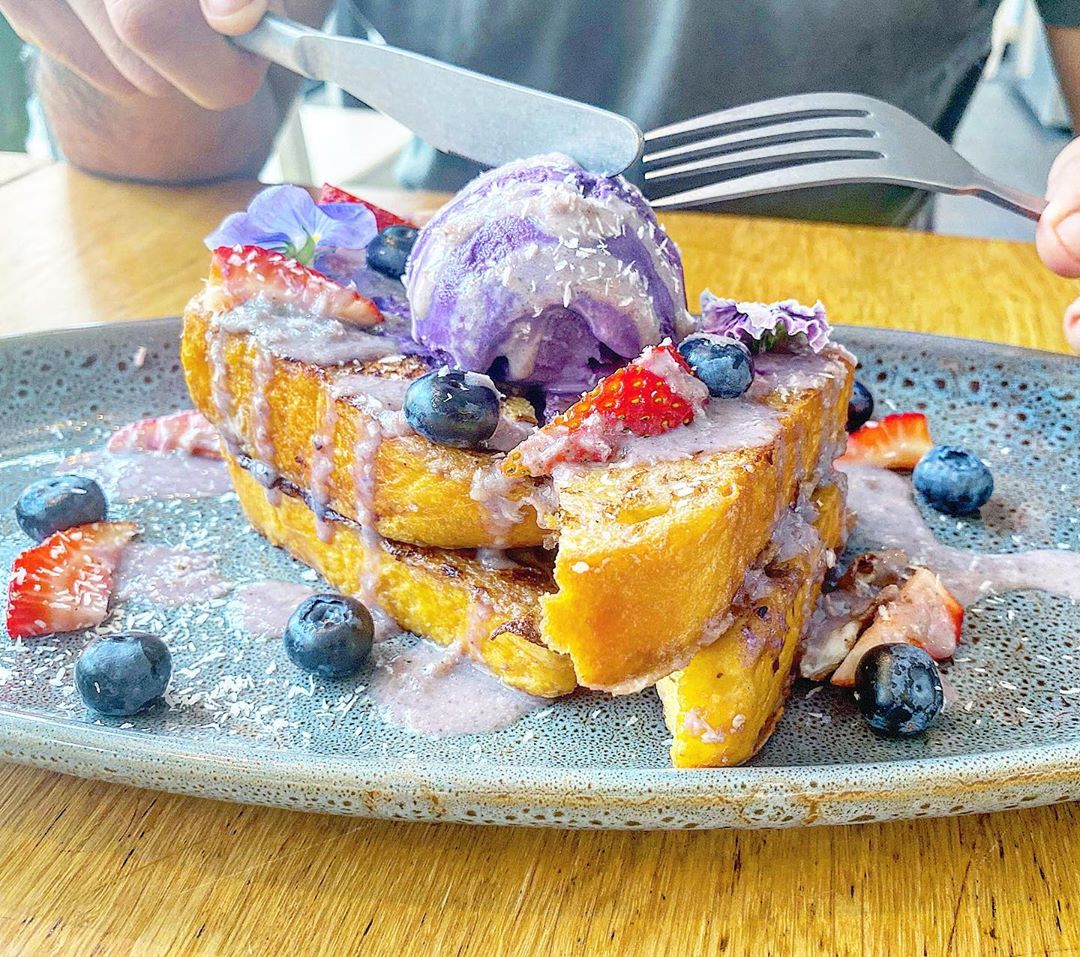 Being 'here' means having a large chunk of their menu dedicated to classic and fusion Filipino breakfast fare, such as Ube French Toast and silog (breakfast meats with rice and egg) dishes.

"The reception has been very good with non-Filipinos as well, surprisingly. Non-Filipinos who go to the café are open-minded and they are interested in trying Filipino dishes," Tonet says, adding, "We have an Aussie client who drops by everyday to order either tapsilog or longsilog (pork sausage with garlic rice and egg) for breakfast. He says it's a power breakfast. It has protein, carbs and vegetables. A great balance to start the day!"

A great balance to the start of the day is embodied in food that Tonet and Anthony make sure look "pretty". 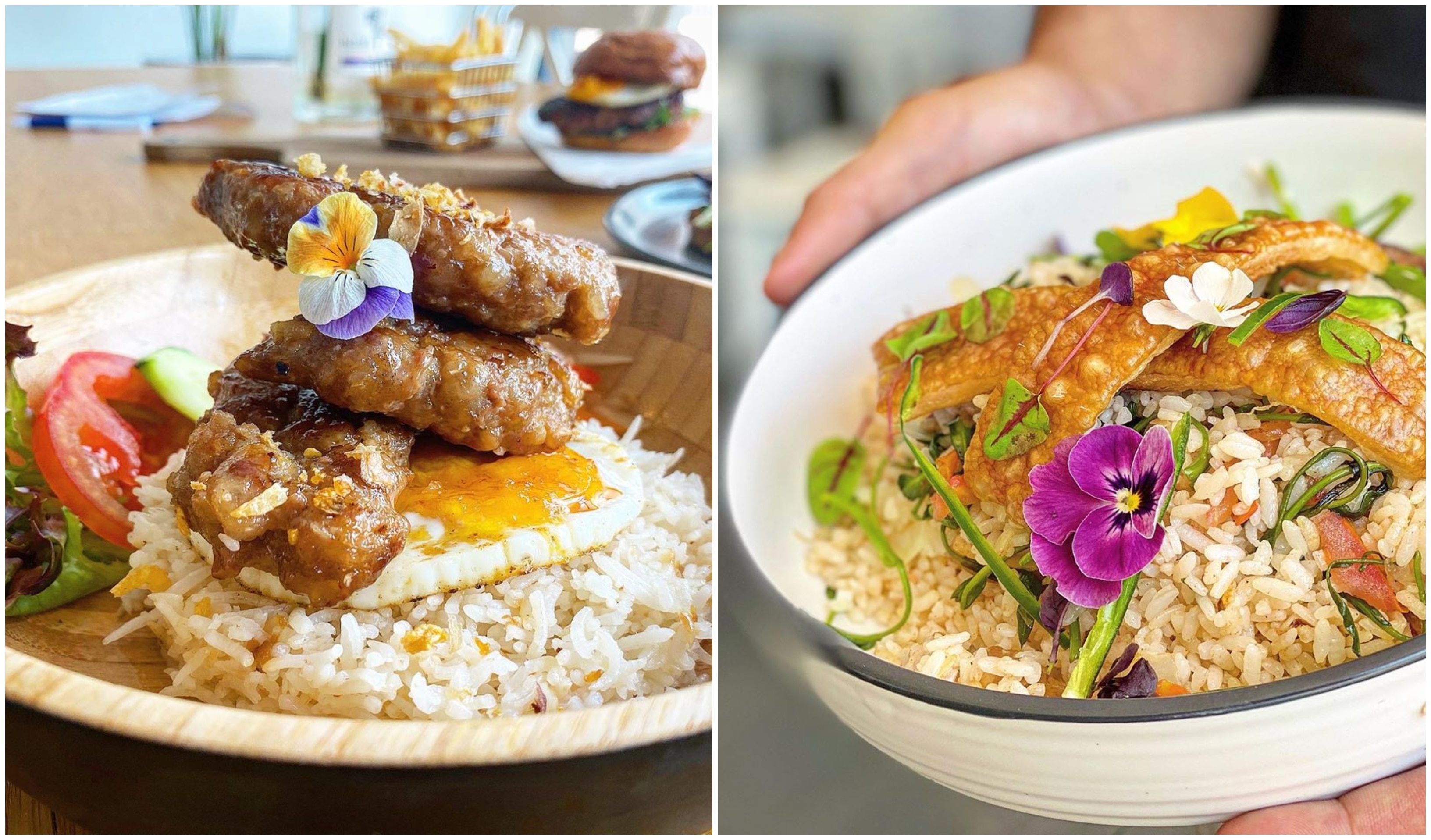 "We’re used to the idea that Filipino restaurants serve food banquet-style, to share...just dishes on a plate with no focus on making them look pretty. We wanted to show other people that Filipino dishes don't have to look like carinderia (roadside or street food stall) food. They can also look pretty and still be comforting and taste good."

With aethetics and palatability in focus, Tonet and Anthony believe that their current and future success relies heavily on connecting with the Crows Nest neighborhood and Filipino community they belong to.

"Community support is so important. In the long run, [they're the one who are there to help] us serve more promising dishes in the future that represent Filipino food." 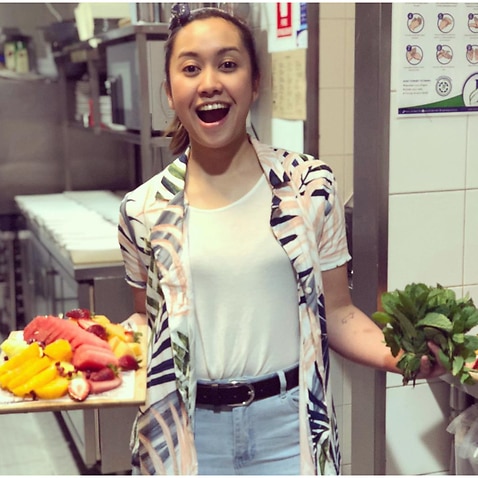 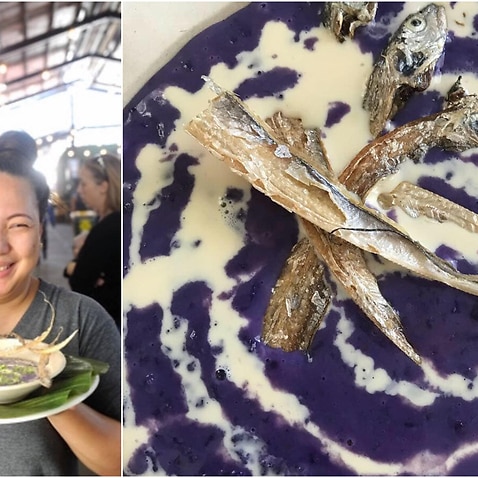 Foodpreneur on street food biz: 'Our love for Filipino food was stronger than our fear of failure'