The World Salutes the pluralistic vision and actions of the Shia Ismaili community, who recently celebrated the Diamond Jubilee of His Highness Prince Karim Aga Khan. Tune in to find out more about the Aga Khan's beliefs in Pluralism as a crucial building block for creating peaceful and successful societies. In this exclusive interview we spoke to Mr Imran Maredia the Vice-president of Aga Khan Council for Australia and New Zealand.

His Highness the Aga Khan at the homage ceremony commencing his Diamond Jubilee, marking 60 years as the Imam of the Shia Ismaili Muslims. He is only the fifth Imam in the 1,400 year history of the Ismaili Imamat to reach this epic milestone (Photo: AKDN/Zahur Ramji) 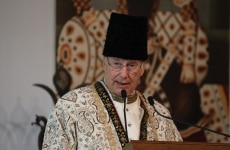 On 11th July, Shia Ismaili Muslims across Australia celebrated the Diamond Jubilee of His Highness the Aga Khan, marking his 60th year as their 49th hereditary Imam (spiritual leader). The celebrations were held in the Australian cities of Sydney, Melbourne, Adelaide, Brisbane and Perth and coincided with a homage ceremony, held at his Aiglemont residence in Gouvieux, France. At this event, His Highness addressed senior leaders representing the worldwide Ismaili community, including a number of Australian representatives.

The AKDNs initiatives in India include 28 schools and educational centres, a 162-bed multi-specialty acute care hospital in Mumbai. A rural support programme that has benefited over 1 million people in five Indian states include activities in areas of water conservation in Gujarat by the Aga Khan Rural Support Programme (AKRSP) and empowerment of adolescent women and early childhood development as well as sanitation initiatives under the Swachh Bharat Abhiyan by the Aga Khan Foundation (AKF). 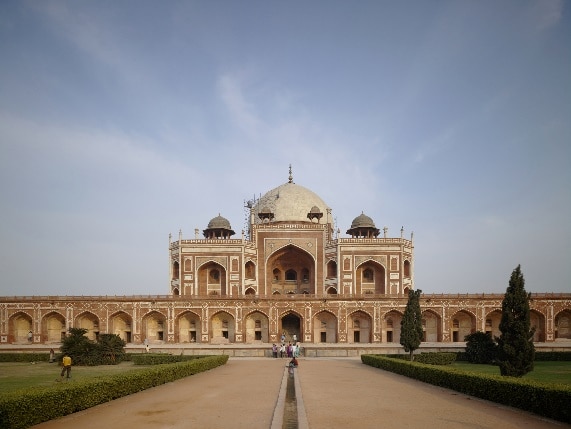 The Humayuns Tomb - Sundar Nursery - Hazrat Nizamuddin Basti Urban Renewal Project, in the heart of Delhi, India, combines a cultural heritage project with socioeconomic initiatives. The overall objective of the project is to improve the quality of life for people in the area while creating an important new green space for the people of Delhi and beyond.

Of particular interest, is the restoration of a World Heritage site in the nations capital by the Aga Khan Trust for Culture (AKTC), Humayuns Tomb. In 1997, the Aga Khan pledged, on the occasion of the 50th anniversary of Indias independence, to restore the Tombs gardens. A decade later, AKTC, in partnership with the Archaeological Survey of India, several government agencies and co-funding partners, began conservation efforts. Together, the work in this area included the conservation of over 30 monuments and the creation, by an extensive programme of landscaping, of a 69 hectare (170 acre) city park in the Sundar Nursery Bateshewala Complex.

Of particular note is the AKDNs multiple input approach to development. Instead of simply focusing just on restoration, the AKDN coupled this work with a major socioeconomic development effort for the residents of the Nizamuddin area, Hazrat Nizamuddin Basti. Implemented through a community-centred, collaborative approach, the urban renewal initiative works to improve environmental conditions and strengthen essential urban services with interventions in core areas of education, health and sanitation.

Furthermore, the living culture of the area is being revived and revitalized by making them viable in the contemporary milieu. Women, for instance, are being tutored in the traditional craft of paper cutting and now augment family incomes with sales of their products. With a 1000% increase in visitor numbers after the renovation, there is a strong market interested in purchasing such handicrafts. 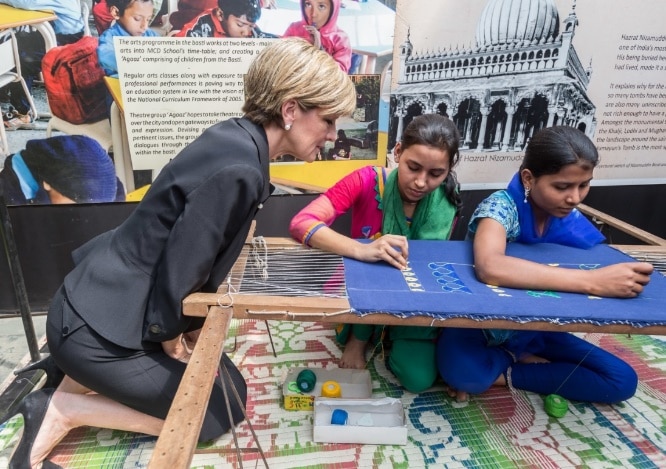 The work of the Aga Khan Development Network in India is likely to increase during the Diamond Jubilee year. Restoration of the Qutub Shahi Tombs near the Golconda Fort in Hyderabad is already underway and other programs to alleviate poverty, increase access to finance for education, health and housing are also expected. As the Aga Khan recently stated in an address to the global Ismaili community, During the Jubilee year and in the future, poverty alleviation will continue to be a primary area of focus for my Jamat and all the AKDN institutions. This work will certainly be a boon to the people of India.

The Shia Imami Ismaili Muslims, generally known as the Ismailis, belong to the Shia branch of Islam. The Shia form one of the two major branches of Islam, the Sunni being the other. The Ismailis live in over 25 different countries, mainly in Central and South Asia, Africa, the Middle East, Europe, North America and Australia, and number approximately 20 million. The Ismailis are thus a transnational community who are responsible citizens of the countries where they live. They adhere to a 1,400 year tradition of Shi'a values that are expressed through a commitment to a search for knowledge for the betterment of self and society; embracing pluralism by building bridges of peace and understanding; and generously sharing of one's time, talents, and material resources to improve the quality of life of the community and those among whom they live.