Tonight’s federal budget is expected to include unprecedented levels of spending to boost the pandemic-hit economy, and the biggest deficit in history of around $200 billion. Also in tonight's bulletin, a bill passes Senate to make law and arts degrees more expensive in Australia.

**Federal budget to have record deficit, and focus on jobs for women and youth....

** US president Donald Trump returns to the White House after his hospital stay...

** In rugby union, Australia foreshadows playing a mixture of young players and experienced ones in the Bledisloe Cup match against New Zealand.

The federal government is pitching tonight's federal budget as giving Australians hope for the future.

Some measures flagged ahead of the budget announcement include income tax cuts, wage subsidies, infrastructure projects, manufacturing and environmental spending and an upgrade to the National Broadband Network.

The budget will contain a wage subsidy for unemployed young people whom bosses hire. Workers in female-dominated industries, like hospitality, and retail, have been amongst the most severely impacted by coronavirus lockdowns. Prime Minister Scott Morrison says in times of rising unemployment, the government is focused on jobs.

The opposition is accusing the government of hypocrisy over the high levels of spending anticipated in the federal budget. The budget is set to reveal a record deficit and soaring debt, as Australia sees its first recession in nearly 30 years.

Labor leader Anthony Albanese says the government must explain its change of tune, after criticising the Labor government's stimulus measures during the Global Financial Crisis in 2007.

In other news, law and arts degrees will soon cost more under controversial changes to pass the Senate.

Centre Alliance has decided to support the contentious higher education changes giving the Morrison government the final vote it required. The changes increase the cost of humanities courses while making others, such as maths and nursing, much cheaper.

Centre Alliance MP Rebekha Sharkie says she's confident the changes will motivate students to study in fields where there are skill shortages. But Independent Senator Rex Patrick has criticised his former colleagues in the Centre Alliance party for backing the reforms, because in some cases students just leaving Year 12 will have to pay double for the courses they wanted to do.

To hear the full bulletin, click on the audio player above.

Join SBS Punjabi between 9-10pm tonight for live updates on the budget and to pose your queries to Dr Harminder Singh, Associate professor Finance at Deakin University. 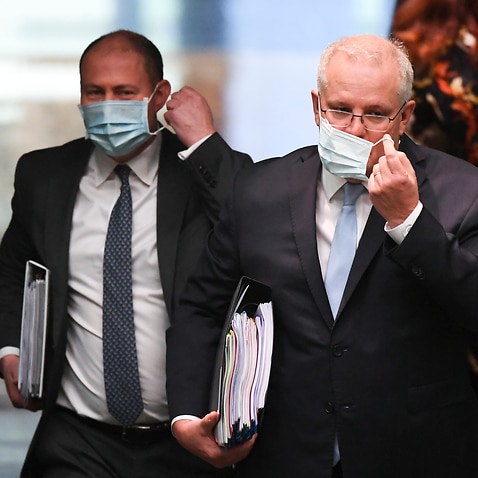 Budget 2020: What can younger workers looking for jobs expect?