A new report from the Centre for Future Work shows that less than half of Australians are in full-time jobs with entitlements.

New research shows that less than half of working Australians are in full-time jobs. Creativity and flexibility are increasingly important in a job market where part-time and casual work is becoming more prevalent.

Patrick Comerford runs Catapult People, a career coaching agency for skilled migrants and international students.  At 58, he runs his own business and also works as a contractor for other companies.

This is an increasingly common work arrangement for the fifty-plus generation.

It’s a different reality to his previous job as a manager when he had his own personal assistant. He now has an Australian Business Number (ABN), and sends invoices to bill his clients instead of receiving a regular pay cheque.

Patrick Comerford thinks the future for mature aged workers lies in holding multiple casual jobs, while part-time work is harder to come by.

He says more mature aged workers are getting their own ABN as an alternative part-time work arrangement.

If you’re already getting your pension, you can earn up to $250 a fortnight without affecting your pension under the Work Bonus scheme.  This limit will increase to $300 a fortnight as of next year. Self-employed workers will be able to enjoy the same benefits from July 2019.

Some may hesitate working more hours to not affect their pension, but with Australians set to live longer and healthier, La Brooy encourages people to keep making money.

Tony Crosby manages career management consultancy Associated Career Management Australia. There is an incentive for older workers to keep working on a part-time basis to participate in the labour force, says Crosby.

With the 2015 Intergenerational Report forecasting that Australians aged 65 and over will double by mid-century, the health industry will continue to grow with demand for more workers.

Ageism is a key barrier to older workers’ being employed, but when you’ve gained decades of professional experience overseas, and speak English as a second language, job-hunting can be extra challenging.  53-year-old Osama Butti  worked as a marketing executive in Iraq for many years before entering Australia as a refugee in late 2015.

Through training with AMES Australia and volunteering there for six months, Butti’s determination got him two casual job offers with AMES. A new report from the Centre for Future Work shows that less than half of Australians are in full-time jobs with entitlements.

Nevertheless, Butti vows not to sit and wait for opportunities.  Whilst getting at least six to nine hours of work a week from his two casual jobs, he’s also doing a community development diploma as a pathway to full-time employment.

The government is offering businesses that employ mature age workers over 50 years of age a $10,000 financial incentive under the Restart scheme. Although the Restart scheme can be appealing to smaller businesses with tighter budgets, Vickery says the key is to focus on what value you can add to the job.

Tony Crosby says if you don’t have relevant industry experience, your transferable skills may convince potential employers of your worth. 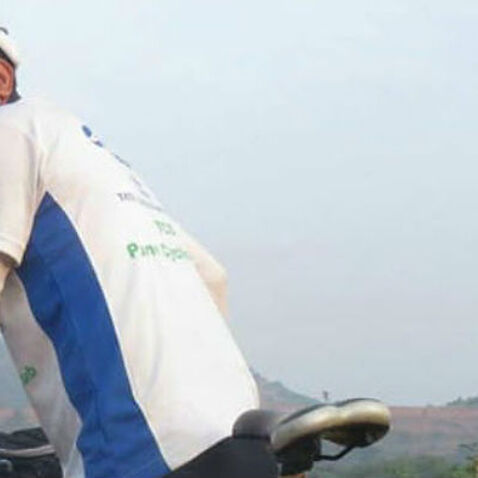 Indian-origin cyclist dies in a crash near Perth Punjabi will be taught in NSW schools very soon