A study has found that culturally diverse communities in Australia experience lower rates of mental health. The reason seems to be lack of trust among the people living in these neighbourhoods.

We're often told to 'love thy neighbor' in order to build a more harmonious society.

But when it comes to multicultural communities, it seems suspicions about others is rife, to the point it's impacting peoples' mental health.

That's according to a new report by RMIT University, which studied 16 years of data from the Household, Income and Labour Dynamics in Australia survey.

It's the first study that empirically examines the effects of neighbourhood ethnic diversity on mental health.

Researchers found higher levels of neighbourhood ethnic diversity were associated with poorer mental health. The factor that links these two together seems to be lower levels of trust in neighbourhoods.

Dr Sefa Churchill, a Senior Research Fellow at RMIT who led the study, says it's a natural compulsion to be wary of strangers.

"It think it’s a natural phenomenon - in the sense that if you do not know someone, if someone is different from you, you will not be willing to go all in in terms of trust right, so from a fundamental perspective as part of nature, trust comes the more you get familiar with someone." 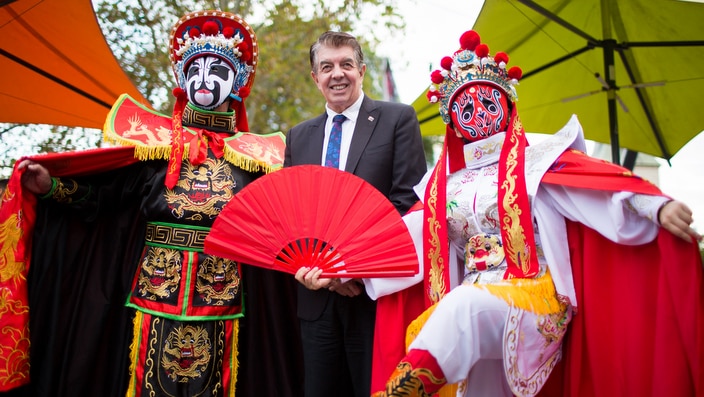 Minister for Multiculturalism Ray Williams (centre) is seen with participants ahead of the 2019 Parramasala Festival Parade in Sydney, Thursday, March 14, 2019.
AAP

It's a surprising result given Australia is known as one of the most diverse countries in the world, with more than a quarter of residents born overseas.

But if that diversity is impacting peoples' mental health, what can be done about it?

Dr Churchill says the research shows it’s not diversity itself that is the problem, but more likely the lack of trust that often accompanies it. The researchers considered hypothetical scenarios, comparing diverse and homogenous communities that both have high levels of trust.

"The results actually did suggest if you are in a diverse community with higher levels of trust you tend to have better mental health than insular, homogeneous communities and so the key thing which we actually brought out in our policy suggestions was that the findings are calling for policy that actually promotes trust in our neighborhoods’’ he said.

Dr Churchill argues that there is need for programs that help people to communicate in the local level.

You can read more in English here.