Pakistan has faced a surge in COVID cases over the last couple of weeks with over 180,000 people now infected with the virus. What is the difference between Australia and Pakistan's policy in combating COVID?

Dr Farjad Shahid works at a combined military hospital (CMH) in Pakistan and represents young doctors. He believes an increase in numbers is due to flaws in government policies.

While talking to SBS he says that when a lockdown is imposed, nobody is allowed to move and it is strict but when they lift it no one follows the standard operating procedures (SOPs). This is one of the reasons due to which infection spreads.

Pakistan COVID-19 stats as of 22nd June 12:00am. Updated stats can be found on covid.gov.pk
Government of Pakistan Covid Website
Doctors and other health professionals are also getting infected.

“We are facing a shortage of personal protective equipment (PPE). Moreover, if a doctor is suspected of corona or is showing symptoms, he is kept in doctors hostel until the results are received which also makes them transmit the disease to others“, he says.

We are facing a shortage of personal protective equipment (PPE)

He told SBS that with effective and timely measures we could have reduced the number of cases.

The cases are projected to double, to 300,000, by the end of this month and to 1.2 million by July-end. #Covid19#FollowCovidSafeSOPs#NCOC

He told SBS Urdu that patients are admitted based on suspicion. The government team to take samples arrives later and results are given 24 to 48 hours after samples being taken. Meanwhile, there is no standard operating procedure to handle the patients. 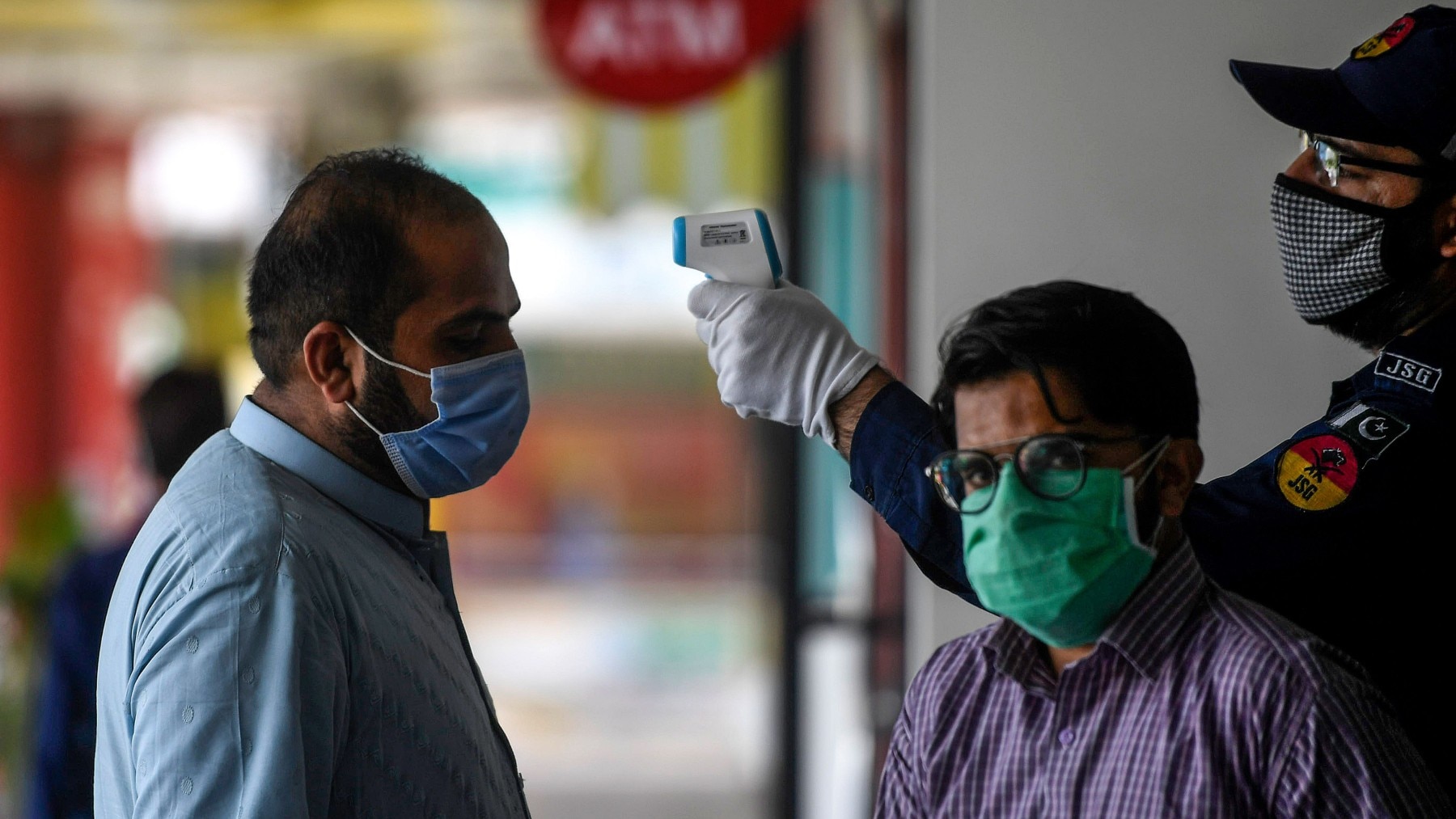 A private security guard (R) checks the body temperature of a man before entering a bank in Islamabad.
AAMIR QURESHI/AFP via Getty Images

”General masses are unaware of COVID and negative propaganda through social media is also adding fuel to the fire”, he tells SBS Urdu.

“Sometimes people lie while describing their symptoms to doctors which in return adds more active cases in the society”, he added.

In comparison to Pakistan, Australia has recorded around 7,700 cases according to the Ministry of Health. Most of them have been recovered. 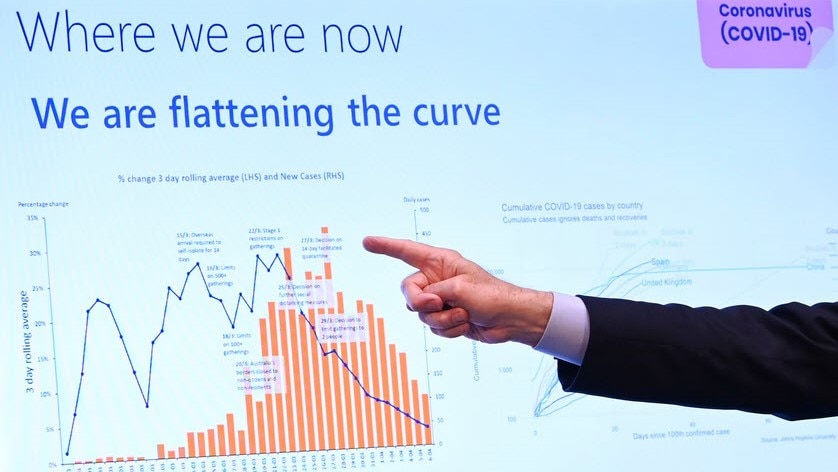 Dr Wafa Ismail is a general practitioner in Australia.

She told SBS Urdu that Australia imposed a travel ban and closed its borders to contain the spread of the virus. In the start, lockdown and policies to tackle the pandemic in Pakistan were good but if we compare Australia and Pakistan, Pakistan is not able to do a longer lockdown because of its weaker economic position. 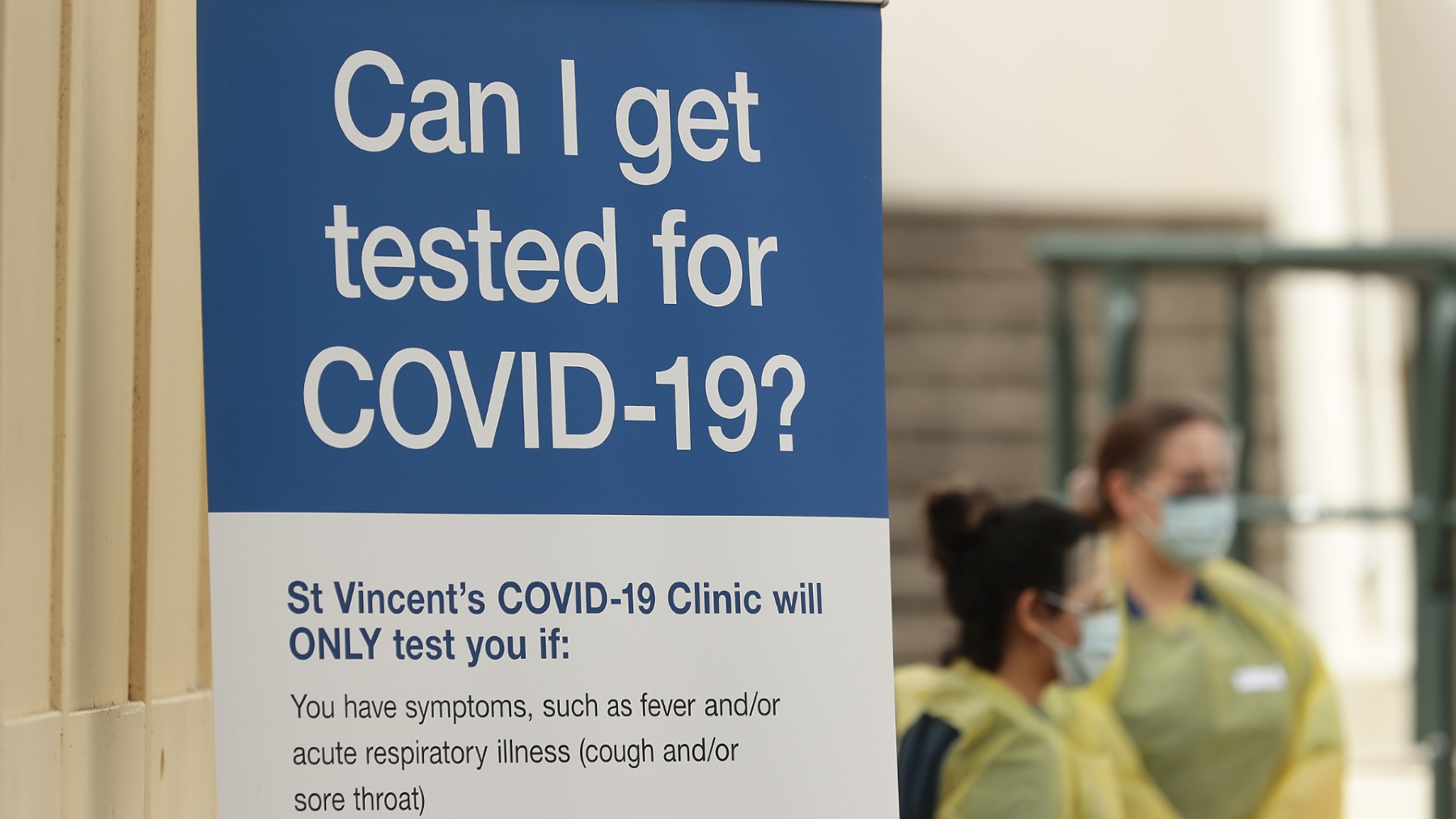 “The Australian government has announced stimulus packages to financially support those who have lost their jobs. COVID testing centres were established all across Australia to detect the cases“, she says.

Dr Wafa mentioned that not only the government but people also followed the instructions and maintained social distancing and avoided public gatherings.

According to the government of Pakistan, the peak is yet to come and is expecting 1.2 million cases by the end of July which is an alarming number.