Since 2008, the Swan Festival of Lights (SFOL) - Celebrating Deepavali together, has been illuminating the City of Perth with its vision of spreading the light and taking its festival goers on a journey through the world with a multitude of colours, rhythms and flavours, providing a stellar experience for all the senses. Anita Barar speaks with Mr. Arun Krishnan to know more about it.Tune in...

The Swan Festival of Lights is celebrated in culmination of the festival of Deepavali (Diwali), a cultural festival celebrating the universal theme of light triumphing over darkness. The festival runs over the three days and culminates every evening with the highly popular spectacular fireworks!

Speaking with Anita Barar, Mr.. Arun Krishan said, "The artistic and cultural theme for The 2016 Swan Festival of Lights features the Southern Indian State of Kerala. For the first time in years, Western Australia is witnessing the world-famous Kathakali performance by Margi Somadas and Troupe with their colorful costumes, make up and vibrant movements." He added that keeping with the theme of Kerala, there are Nithya Chaithanya, martial artists from the ancient art form of Kalari, as well as a spectacular Chenda Melam performance by The Perth Shinkary Club.This year the Swan Festival of Lights is being celebrated at the newly opened iconic Elizabeth Quay, from Friday 28 October 2016 to Sunday 30 October 2016. 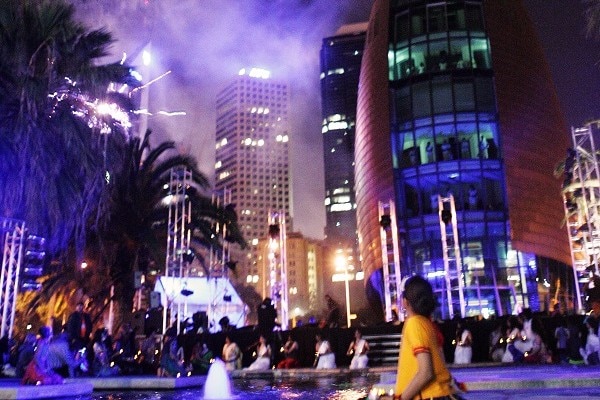 The festival also had multicultural performing groups, paying homage to the variety of traditions in the diverse Australian community, as well as fostering intercultural exchange.

The Swan Festival of Lights warmly supports the Down Syndrome Association of Western Australia (DSAWA) AND Siva Shanta Mother & Child Centre (SSMCC), and as such part proceeds of each lamp that is floated on the quay will be donated to these charities.