Teaching men how to be men

'A lot of our men are behind the eight ball in matters like domestic violence and high alcohol consumption. The only way some men understand the law is when they breach it and they find themselves in jail' Ken Lecthleiner Pangarta

Research officer Ken Lecthleiner Pangarta says the project is unlike mainstream men’s sheds. 'The Good Spirit Men's project is a type of men's shed designed around the need to develop Aboriginal men. A lot of our men are behind the eight ball in matters like domestic violence and high alcohol consumption.

The only way some men understand the law is when they breach it and they find themselves in jail.' 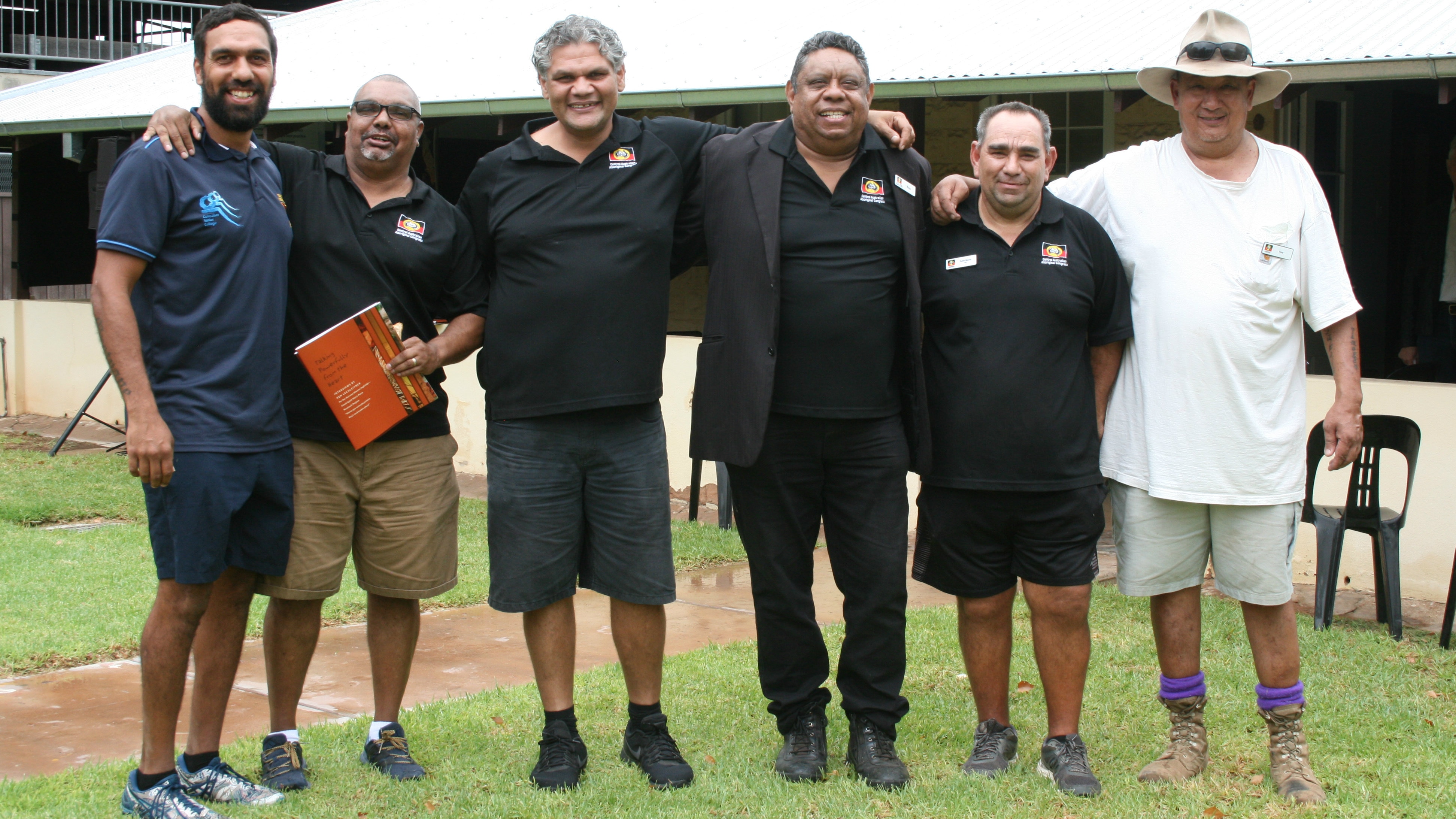 Participants in the project say that policing in conjunction with tough-on-crime policies is counterproductive when dealing with complex issues involving Aboriginal men.

Aboriginal men can be perpetrators as well as witnesses or victims of domestic violence themselves.

Their voices are rarely heard in the existing range of measures available to address complex issues including domestic violence and alcohol abuse.

The report also found that often many of the laws and other mechanisms that govern Aboriginal men's lives are communicated to them in a language that they do not understand.

"They want to create a grass roots development of men; teaching men how to be men and learn to hunt and gather in this modern world through creating employment opportunity”.

A key component of the report is the “Talking Powerfully from the Heart” section which is a compilation of interviews of 14 out of 23  participants who accepted to share their personal experiences on the record.

One thing the participants stove to avoid is to  produce a report destined to gather dust on library shelves. "They want to create a grass roots development of men teaching men how to be men.”

In order to translate the research findings into practice a new body called “Blokes On Track Aboriginal Corporation” (BOTAC) was created.

They plan to acquire a piece of land through BOTAC where men who are doing it rough can find shelter and while on this land, participants would be given the opportunity to acquire life skills that will set them on the right path to return into their respective communities.

The project was articulated around listening and sharing. Their understanding of sharing evolved around the sharing of knowledge in a manner that allows men to live and thrive, not just survive. Ken Lechtleiner says that alot of the men he met are proud men who harbor good plans for their wives and children, but they are made to march to a beat.

Participants confided in him that they have good plans but by the time they are out of jail their plans vanish and they find themselves back to square one.

Ken Lechtleiner says 'It is possible to change the dynamics of where we are heading in a much positive light if we start right now. Otherwise we are forever picking up pieces.'

She says that the project's most important component is the ‘Talking Powerfully from the Heart”, a compilation of interviews of 14, out of the 23 participants who agreed to put their interviews publicly on the record.

Pamela Nathan says 'They speak very strongly and powerfully. They say things like we’ve been victims and witnesses; a fact that is often forgotten because men are readily identified as perpetrators only.

They (the men) talked about the fact that they hide their feelings. They report that they hurt, they have pain and they suffer. They talked about feeling degraded and scorned, racially discriminated against, disempowered, lost, devalued, unrecognized and a lot more.

'They talked about how much they need a place to be able to straighten up, and heal essentially and to be able to take their lives forward into the world.'

She also believes that participants were able to open up thanks to Ken Lecthleiner because he is a cultural man who was very sensitive to the men’s needs and established a powerful rapport with them.