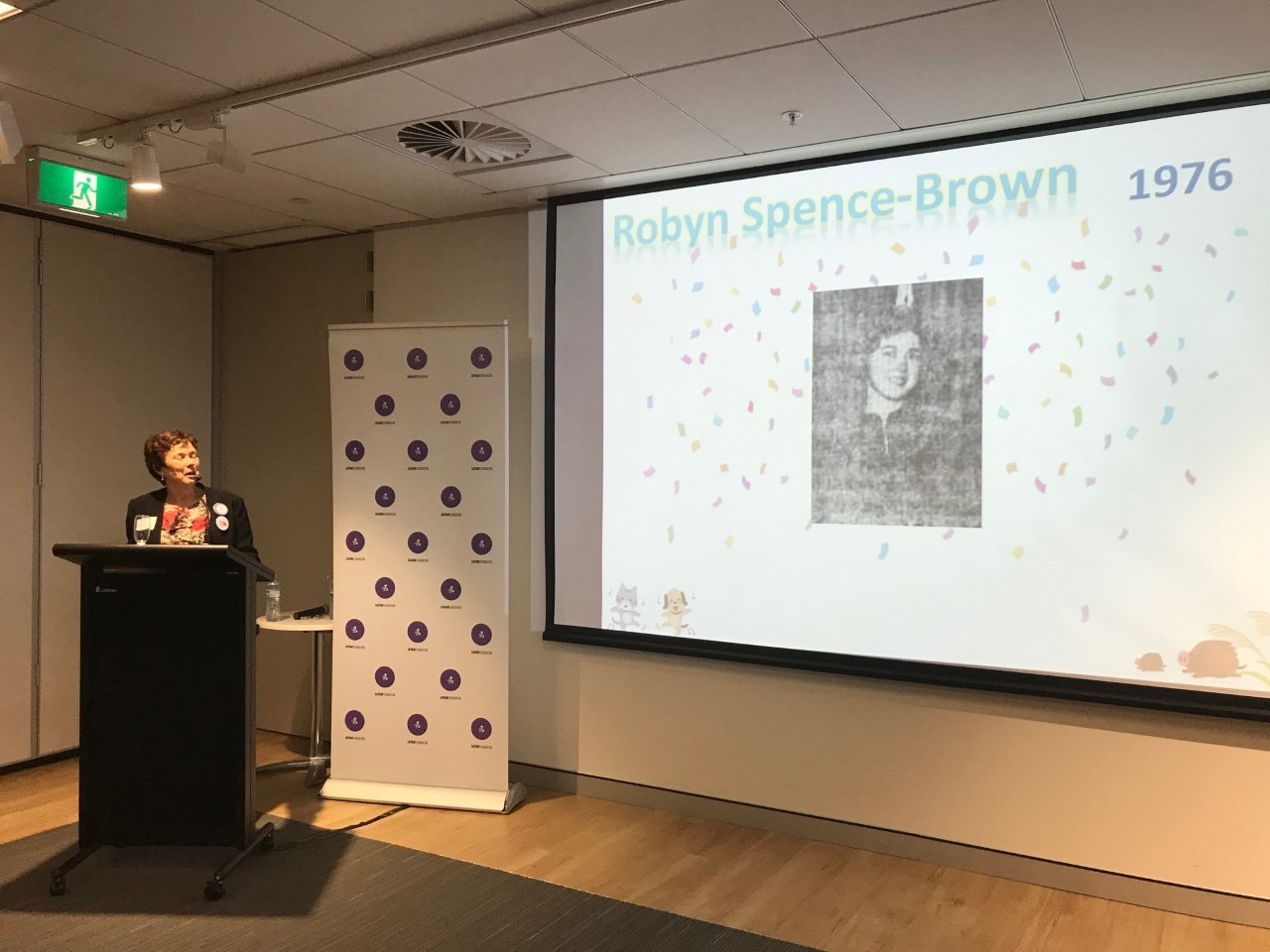 Dr. Robyn Spence-Brown of Monash University giving a presentation at the reception to commemorate the 50th anniversary of the contest
SBS

The contest is the national final and has two divisions for participants to compete in. This year, 15 finalists  presented their Japanese skills.

This year, the contest marked its 50th anniversary.  A commemorative reception was held on the night before the contest.

The winner of the High School Senior Division was Catherine Liu.  And Amrit Kumbhar won the first prize for the Open Division.

The list of all prize winners and the scripts of the two winning speeches are available on the Japanese page.

Old newspaper article on the Japanese speech contest in 1971
SBS