The Aboriginal-Chinese artist whose work reflects life 'between two worlds'

Sydney artist Jason Wing strongly identifies with his Aboriginal and Chinese heritage – and it’s reflected in his work.

Influenced by his upbringing, Jason Wing uses art to delve into social issues impacting the communities of his heritage.

His fusion of culture and art is reflected in pieces such as ‘ABC’, or Aboriginal Born Chinese, which blends traditional Chinese art forms with the legacy of his Aboriginal heritage.

“I used paper cuts to make stencils, and I used spray paints to spray the stencils, sort of reference to the traditional Chinese paper cutting art forms and modern-day Aboriginal ochre painting,” he tells SBS Mandarin. 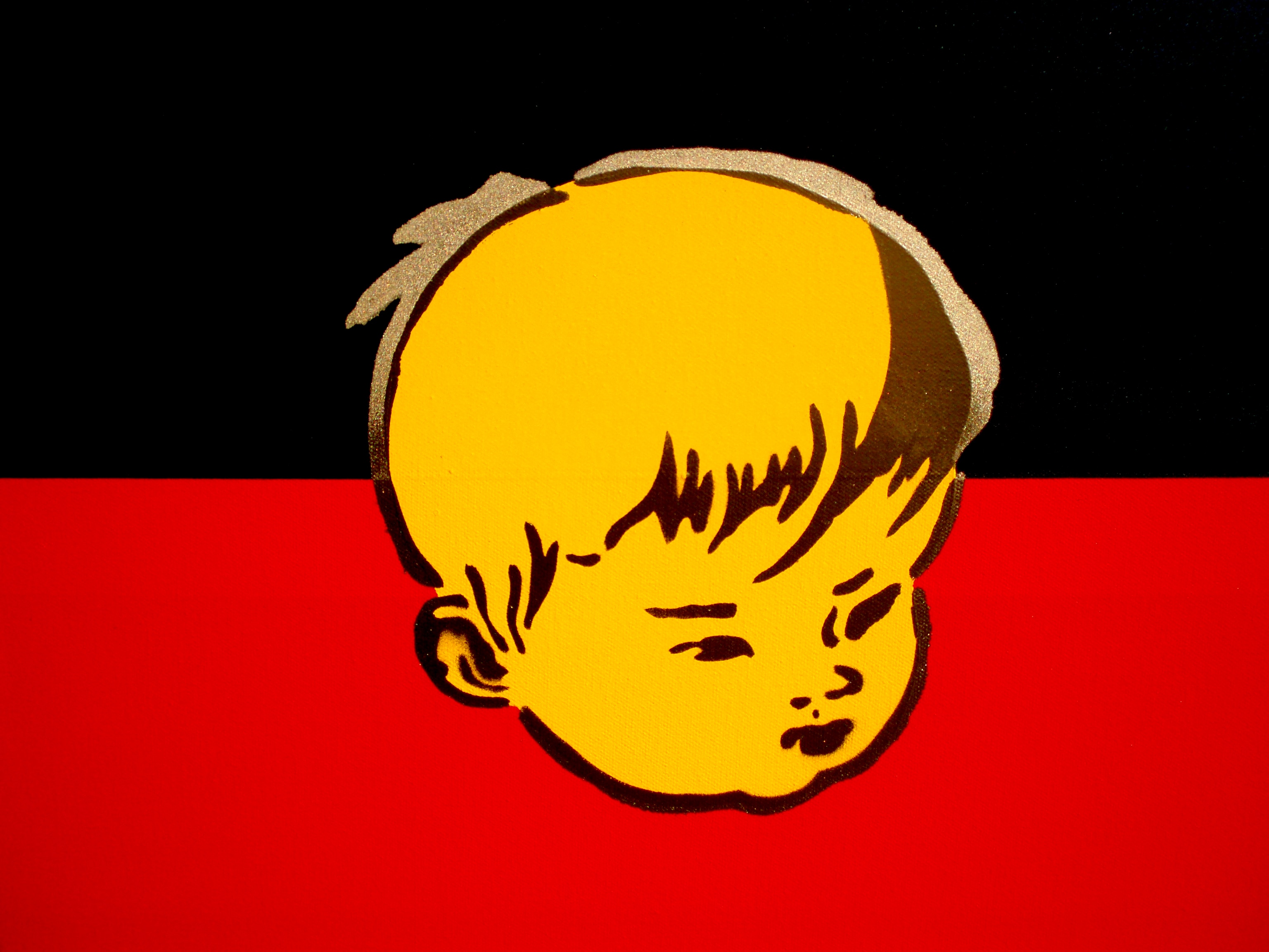 As he continues along his journey, he is amazed by the richness and the strong relationship between the two cultures.

He says, “their solidarity, survival and resilience are extremely highlighted in art".

Mr Wing is from the Biripi Aboriginal Mob from the Taree region on his mother's side, and from Guangdong in China, on his father's side.

He was born in the Sydney suburb of Cabramatta in 1977 and raised by his grandfather, Stanley Wing, a migrant from China who started as a kitchen hand in a Chinese restaurant and ended up becoming one of the youngest majors of Asian heritage in the Australian military. 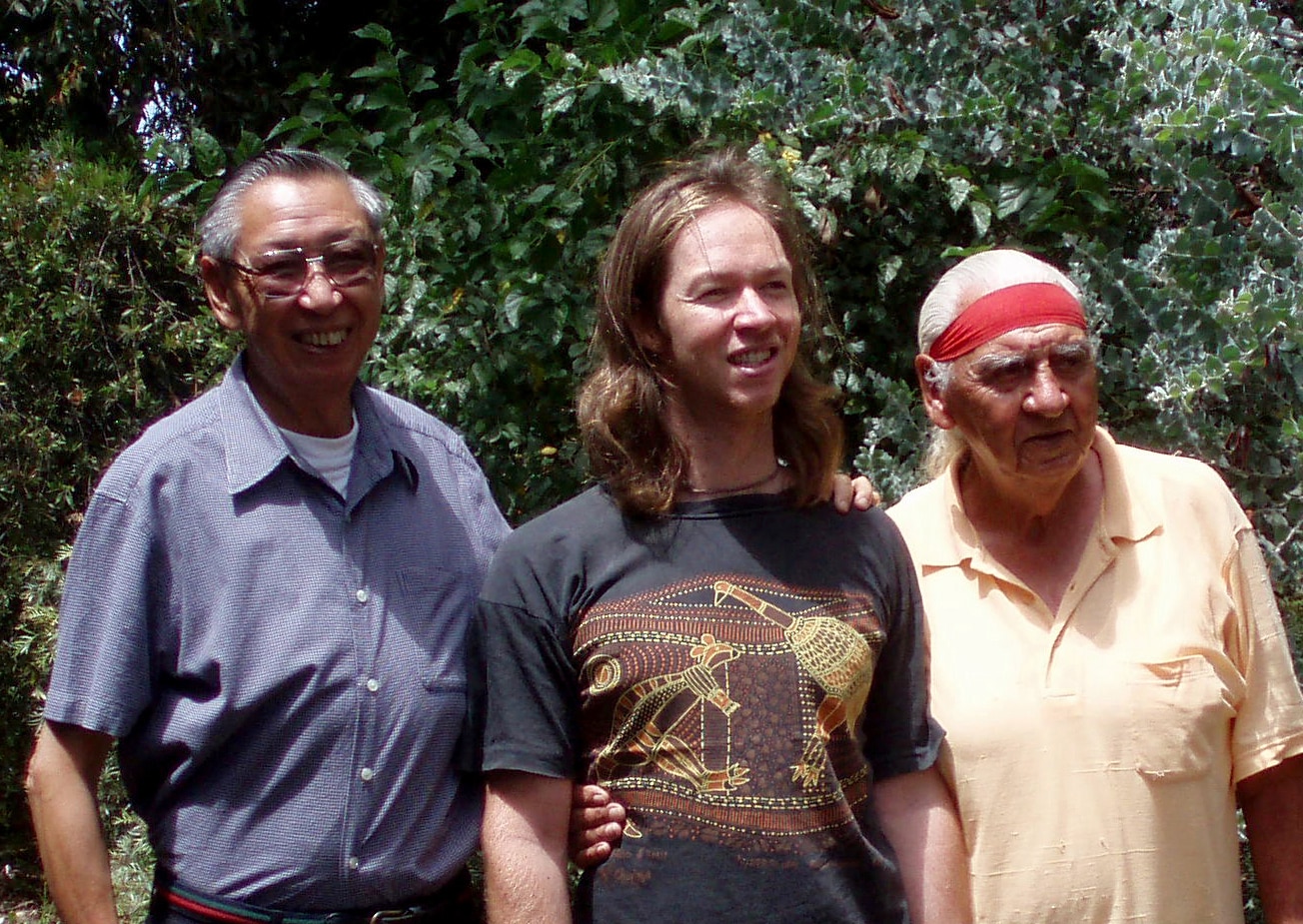 Mr Wing describes his grandparents’ relationship as “radical” for its time, as a union between a Chinese man and an Australian woman during the days of the White Australia Policy was rare.

“My grandfather is an incredible man who did incredible things in a really challenging and racist time in Australia,” he says.

“I look Scottish, with fair skin. My eyes look Chinese. So being a white male, I didn’t experience racism for very ridiculous reasons.”

However, he says his fair skin has caused him some issues.

“It was an issue for some Aboriginal people to think I am not authentic enough, or not cultural enough, or not raised enough in the community,” he says.

But he says he’s driven to dedicate himself to both cultures no matter if he’s supported or not. 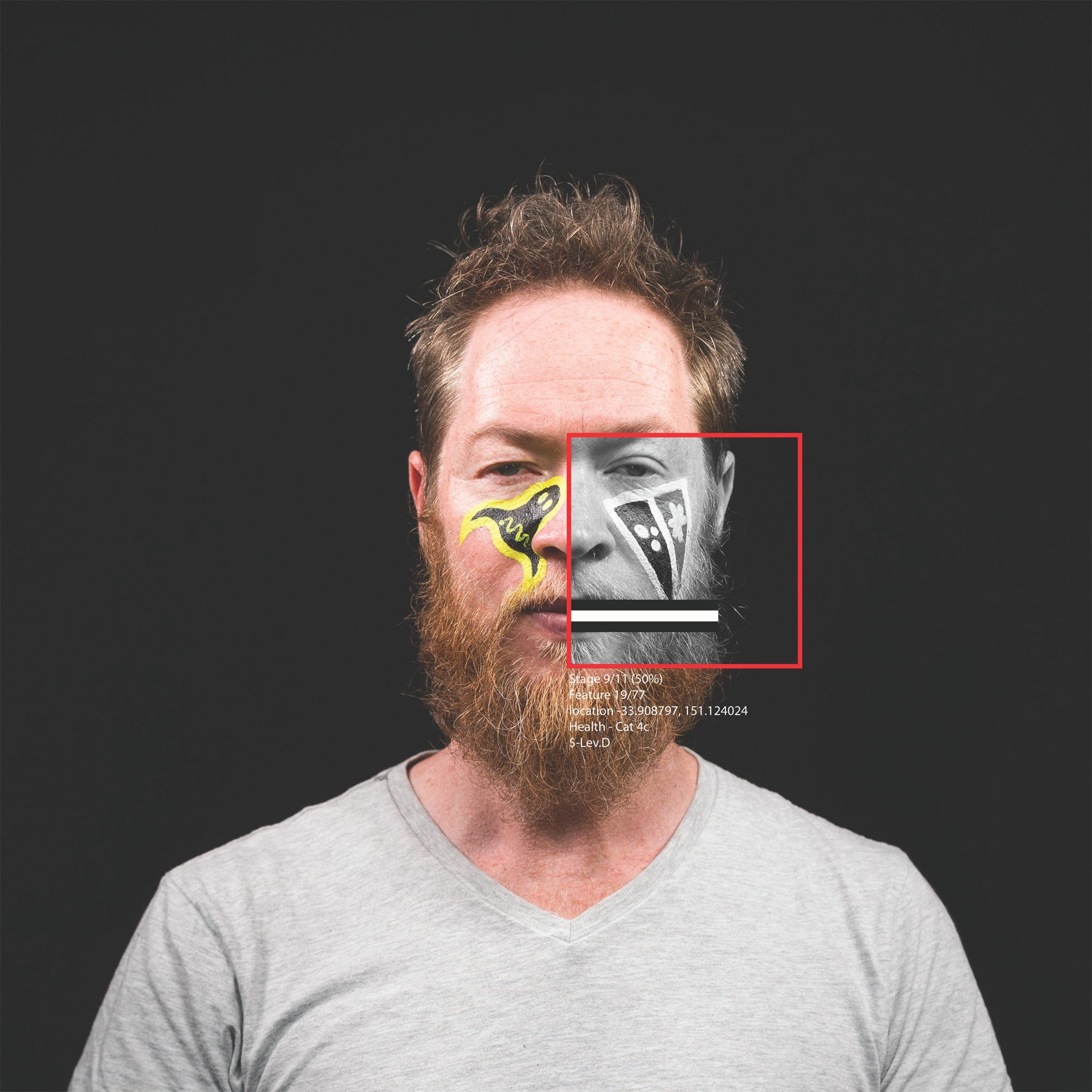 In 2012, Mr Wing’s artworks were exhibited at the National Chinese Museum in Beijing.

He was invited to China as part of the Red Gate Residency project, an international program providing artists with the opportunity to live and create works in China.

“There are not many people that have exhibited at the National Museum, and I was fortunate to be one of them.”

It was while he was staying in China, living opposite a construction site, that he reflected upon his Aboriginal heritage.

Surprised by the speed of construction around him and feeling homesick, he decided to spray-paint an Aboriginal flag on a small temporary brick wall.

“It wasn’t an artwork in the first place…as soon as I spray-painted it, the next day they started to remove the wall brick by brick and they built a new wall.” It emphasised to him just how similar his experiences in China were to those in Australia.

“In China, I witnessed how these amazing heritage structures were replaced by these cheap and disposable high-rise buildings - [just as] priceless Aboriginal artefacts have been destroyed every day by mining.”

‘In Between Two Worlds’

One of Mr Wing’s most spectacular pieces of street art was ‘In Between Two Worlds’ in Sydney’s China Town.

The floors and walls are decorated with 'auspicious clouds’ representing the heavens.

He says the inspiration for the piece came during a journey to the top of a sacred mountain in China where he walked among the clouds. 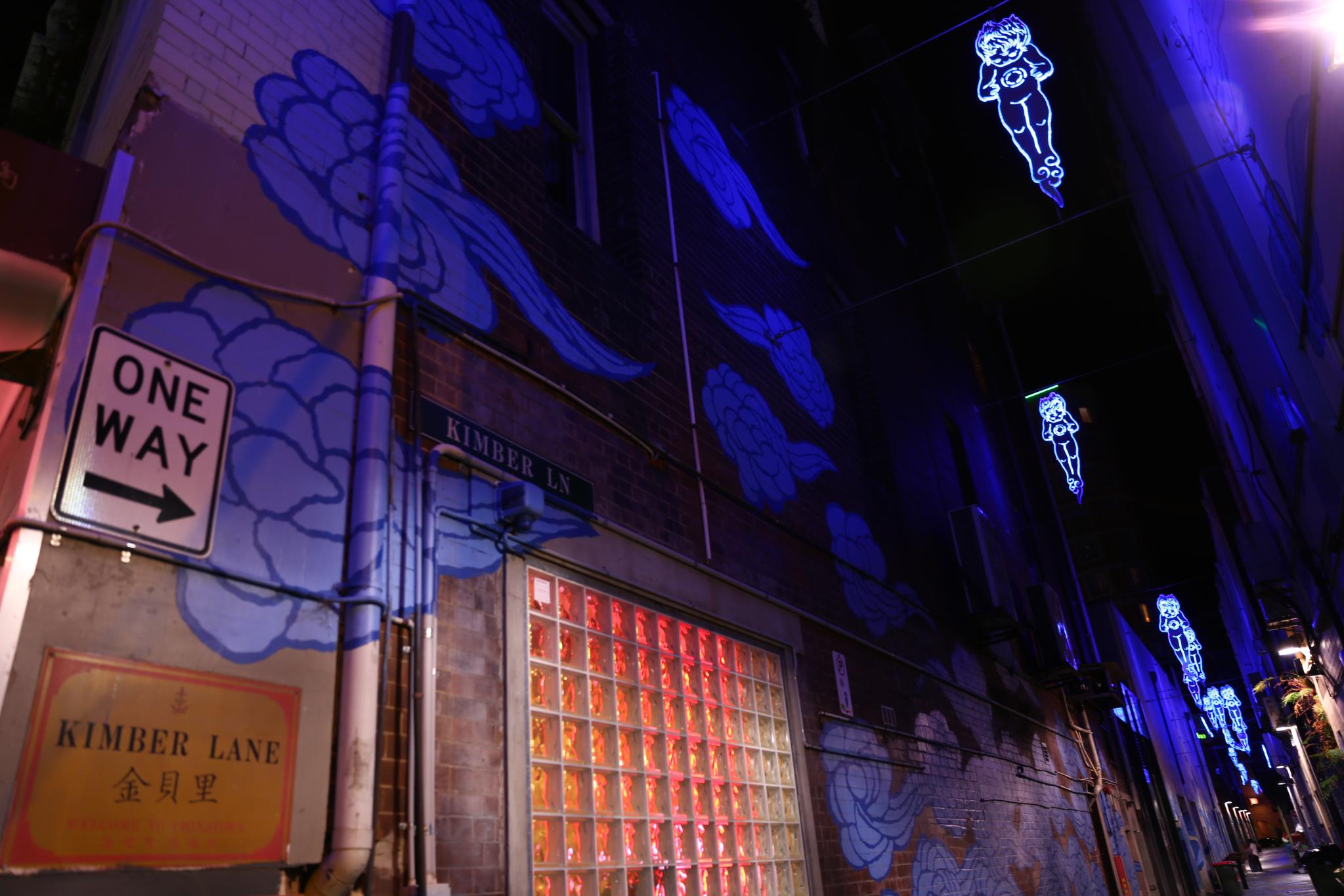 In Between Two Worlds at night time.
Neerav Bhatt,Flickr

He admits it can sometimes be difficult within the Chinese diaspora to find a sense of belonging within China or Australia.

“It speaks to those modern-day challenges that you want to retain culture and practice it in a western world that doesn’t really value it over capitalism and economics.”

Australian society could benefit from Aboriginal culture, Mr Wing says, adding that government policy has not properly reflected the plight of that community.

“We don’t want any more symbolic policies… until we get our lands back, it is just white noise really.” 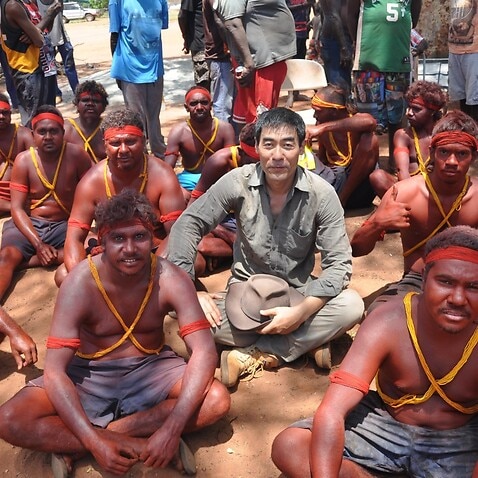 He believes that changing the date of Australia Day needs to be an urgent matter to address.

“If they couldn’t rectify the fact that they broke their colonial law and invaded another country illegally under their own law, there is actually no hope,” he says.

“One of the great assets in the world is our people, and that has been scientifically proved in the Western world. And yet how it was celebrated?

“It has been systematically destroyed every day for capitalism.”

He believes NAIDOC week is a good start to promote Aboriginal culture to the greater audience but more needs to be done.