The Accidental Australians: The success story of two Greeks from Kythira

«Accidental Australians» is a book that tells the story of two Greeks: Harry and Jimmy Corones. The two came to Australia with nothing and ended up with a hotel empire in Queensland. One of these hotels was Hotel Corones. The author of the book, Frances Harding, has a special bond with Hotel Corones as she was its owner from 1985 to 2001. We hear more from the interview she gave Vasili Ragousi.

According to Mrs. Harding, «Accidental Australians» was an exercise that lasted 25 years. When she arrived in Charleville in 1984 she was not aware of the hotel’s history and did not know anything about the man who built it: Harry ‘’Poppa’’Corones. In its prime the hotel was the lifeblood of the city, but when Mrs. Harding bought it with her husband in 1985, the glorious days of the past were log gone

Who was Harry Corones? 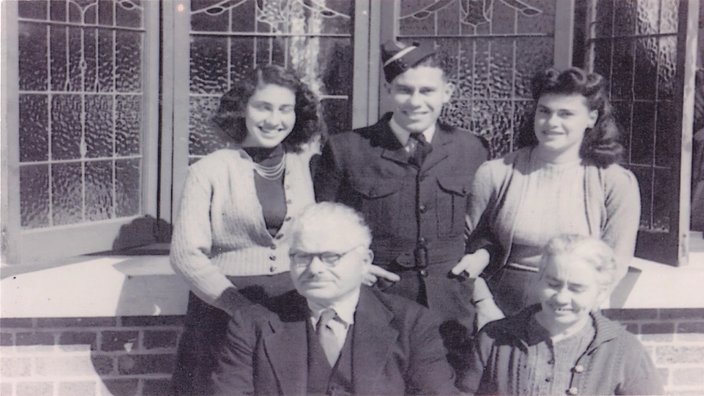 Poppa and Nana Corones with 3 of their children
Supplied

Harry Corones was a Greek man from Kythira, who arrived in Australia in 1907. He got his nickname, ‘’Poppa’’ by the Americans, during the Second World War. At the time, Mrs. Harding says, Charleville was a major strategic base. Harry Corone’s hair was white at the time, so people affectionally called him ‘Pops’ which later turned into ‘Poppa’’.

When he left Greece, Corones had no money and knew only a few English words. With him was his 11 year old nephew, Dimitris, or as he because known in Australia, Jimmy. Together they would go from strangers in a strange land, to owning a hotel empire in Queensland.

The story of a legacy

Throughout the years, the people of Charleville would share tales about Harry and Jimmy Corones with Mrs. Harding. Their story became something that she could never let go. The turning point was when she found out that Jimmy’s widow, Vasileia, was still alive. She found her in Sydney and Vasileia talked to her about her relationship with Harry Corone and his wife, Eftyhia, who people called ‘’Nana’’.

Harry and Jimmy had nothing when they arrived in Sydney. Young Jimmy had to wait in the docks with a suitcase, while his uncle searched Sydney for other Greeks. He did find some in Balmain and managed to get a job and a place to stay. From then on, it was years of hard work, before they were presented with the opportunity to buy a cafe in the town of Charleville, Queensland. That was the start of everything. Harry would go on to build Hotel Corones and then other hotels in nearby towns.

Mrs Harding also came into contact with two of Harry Corones’s surviving Children, Nina and George. Nina, now 95, lives independently in Toowoomba and will attend the book launch. George is a doctor of medicine, recently turned 100 and participated in the Commonwealth Games. George’s son, who bears the name of his grandfather Harry, will launch the book.

The book launch will be held at Hotel Corones, in Charleville, this Friday, September 7th 2018.