Longtime NSW Liberal MP John Ajaka has seen a lot over the past 50 years in state politics. He speaks to SBS Arabic24 about his recent decision to retire and the factors that motivated him along the way.

John Ajaka became the first person of Lebanese extraction to hold the position of president of the NSW Parliament when he took up the job in 2017.

That appointment came after more than five decades involved in politics, a journey that began when his father George Ajaka ran for the seat of Granville as a Liberal candidate in 1971.

From that first campaign at the age of 16, the son of Lebanese migrants who arrived in Australia in the early 1950s, forged his own path over the decades by taking on several ministerial portfolios after his election as a Member of Parliament in 2007.

It was with the same conviction that he announced his retirement from politics in February.

“Frankly, I always asked God to inspire me for the appropriate time for critical decisions. I leave today and I am at the end of my contributions,” he said.

His office walls bear witness to the many decisions that played a role in shaping Australia’s largest state and these are the perfect reference points in his reflection of his time in the house.

“After 14 years here in Parliament, I have achieved everything I dreamed of and more.

“I ranged in positions from minister to senior minister, and one day I became president of Parliament.” At the age of 65, Mr Ajaka made the decision to step down to spend more time with his family, which includes six daughters and two grandchildren.

“I have a wonderful wife and daughters with whom I haven't spent enough time with. In the last 14 years, I have spent most of my time in Parliament and this is unfair to them.”

‘Politics is in my blood'

Mr Ajaka joined the Liberal Party officially at age 19, and so, from an early age, he was "intrigued" by the party’s principles.

His resignation was met with messages of support from the Lebanese community.

"A close friend called me and told me that the bishop commented on the news of my resignation by jokingly saying, ‘certainly, he is not Lebanese if he was he would not resign’.”

Thus - according to Mr Ajaka, the manner in which the Lebanese community received the news of his voluntary resignation, was met as an "uncommon thing".

He holds a bachelor’s degree in law and ran a practice before entering politics, and he expressed his admiration for the democratic system in Australia.

"The beauty of our democratic system is that people decide who represents them. It is not my decision to judge who will assume my position. It is the role of New South Wales residents and senators.

“The first election campaign I ran was for my father in 1971. Politics is in my blood.

“Encourage your children to enter the arena of politics. Labor or Liberal or any other party, I would like to see our youth at the core of the democratic system.”

In 2013, he was appointed as minister of the youth, ageing and disability services for people with special needs in the government of Barry O'Farrell, and after the resignation of the then-premier and the 2015 elections, he was appointed Minister of Multiculturalism. 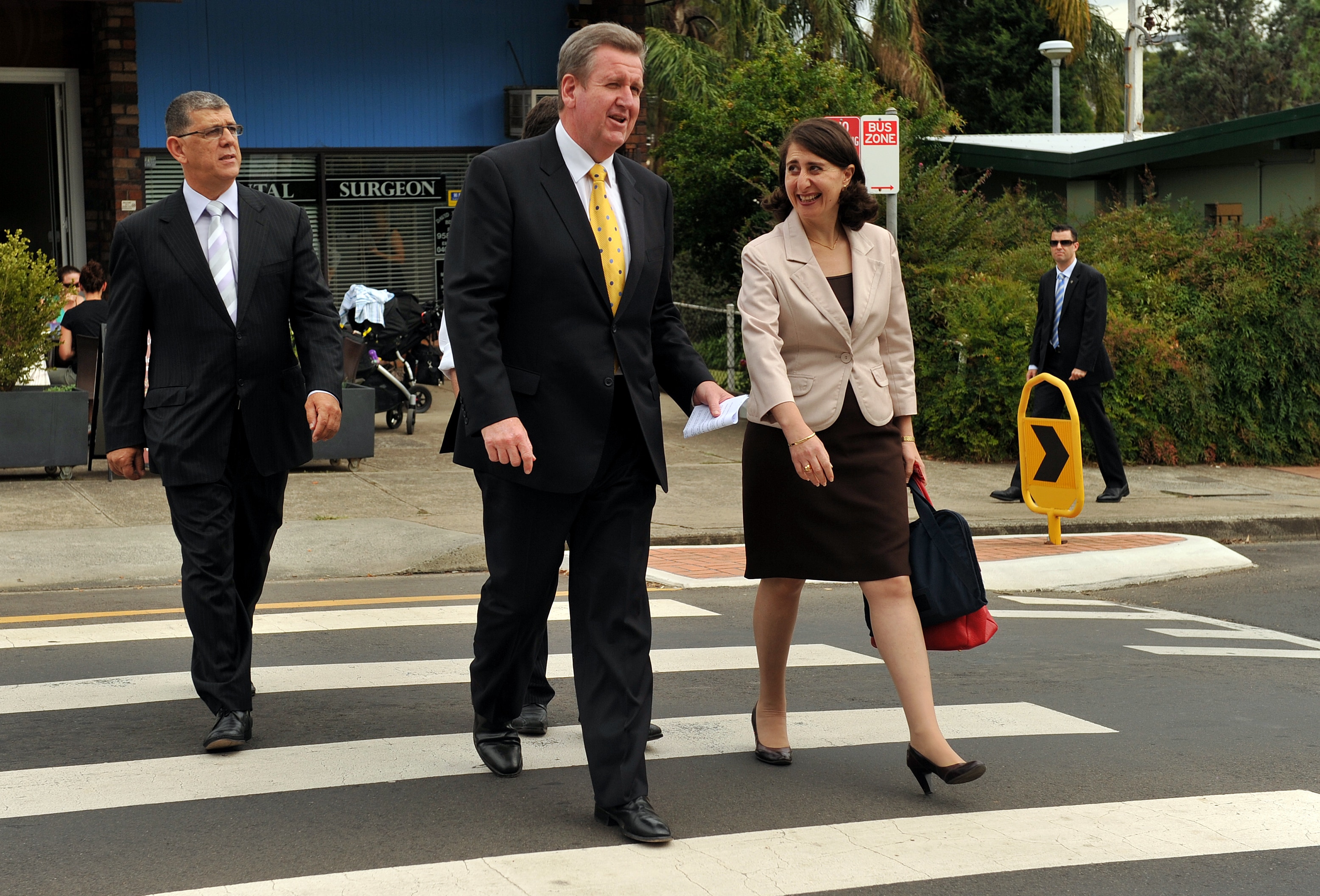 File image from 2011 of John Ajaka, the then Parliamentary Secretary to the Leader of the Opposition, NSW Opposition Leader Barry O'Farrell and Shadow Minister for Transport Gladys Berejiklian.
AAP

Relationship with Australia and Lebanon

Despite the imprint he has left on Australian politics, it is the country of his parents' birth that holds an equally special place in his heart.

"Australia is my father and my mother.

"Lebanon is my grandfather and my grandmother. My roots are there and my love for history came from there. In my office, there is a photo of my grandfather's house, the place of my father’s birth. I look at the photo and say that we started from there and reached this point."

'Gladys Berejiklian is a workaholic'

At the height of the scandal over NSW Premier Gladys Berejiklian's relationship with former politician Daryl Maguire, a memo was put forward to vote to open a parliamentary investigation into the matter, which was shot down.

Mr Ajaka’s voice was the decisive one during this period.

“Don't ask me what I think of Gladys Berejiklian, ask the people, the poll results reveal that her approval ratings are among the highest in the state's history," he said.

"We have an exceptional head of state government and she does a wonderful job.

"She works seven days a week, gets up at 5:30 or 6 in the morning and arrives home late hours at night. Berejiklian is a workaholic.”