The Meaning of Offerings in Indonesia

For some Indonesians, offerings cannot be separated from social and spiritual life. The offerings usually consist of a series of food, fruit, to tobacco and drinks, acting as a form of community friendliness towards nature.

In the last week, offerings became a polemic in Indonesia, because a viral video showed the actions of someone, who seemed to disagree with the offering of offerings, kicking and throwing offerings from residents in the Mount Semeru disaster area, East Java.

On the other hand, offerings must actually be understood as an act of community wisdom, in "dialogue" with nature, including what is believed to coexist with humans in different dimensions. Anthropologist at Atma Jaya University Yogyakarta, Dr Y Argo Twikromo discusses the role and position of offerings in society, through the following discussion. 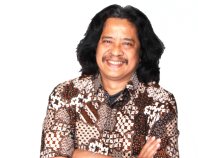 Argo asked that offerings should not be misunderstood as a form of worship to certain powers. Offerings are more of a way for people to be friendly to nature. Each region in Indonesia has this tradition in different forms, because in principle, the tradition of giving offerings has existed since before religion entered the archipelago.