The Sydney hairdresser styling from Senegal to the stars

Hairdresser Fatou N’doye’s reputation is so strong she attracts business from hundreds of kilometres away, and counts the likes of Snoop Dogg and Alicia Keys in her clientele.

It’s hard not to be impressed upon first stepping into Fatou N’doye’s Sydney hair salon.

She works in a tiny space out the back of a tobacco shop on King Street, in the inner-Sydney suburb of Newtown. It is space enough for a couple of chairs facing mirrors, and boxes full of wigs, hair extensions, as well as shampoo and conditioner specifically designed for afro-textured hair.

Yet for such a tiny shop, Fatou attracts a large clientele which has included megastar musicians such as Snoop Dogg,

When SBS French arrives in her shop, Fatou is braiding the hair of a young Aboriginal woman, who has travelled more than 700 kilometres from Lismore, New South Wales to Sydney for the appointment.

“I’m braiding her hair with red and white extensions to give some highlight to her hair,” she says as her fingers knit through the hair.

“Her technique is quite unique,” the young woman says. “In Lismore, we don’t have that kind of hair braiding.”

Like this woman, many of Fatou’s customers are Aboriginal.

“Like us Africans, [Aboriginal] skin is black and their hair is similar to ours, but they’ve never been taught how to style their hair like us. In Africa, we’re very creative when it comes to hairdressing. And as a Senegalese in Australia, I’m happy to share and teach my techniques to Aboriginal people.” Fatou opened her first hair salon in 1993, at a time when the African community in Australia was extremely small.

“I had Aboriginal clients but these weren’t easy times,” she says. “This is why I studied to get a hairdressing diploma through TAFE. But they would only teach how to work with smooth hair.”

Times have changed and so have Australia’s demographics.

“The African community grew these last few years, especially with the arrival of refugees, like people from Sierra Leone, or Ghana.”

Today, Fatou’s business is going well, and she has no regrets for having left behind a dancing career to pursue this one.

“When I first came to Australia, I was part of a band called Boubacar, who would play M’balar and Sabar, which are traditional Senegalese music styles. I was a dancer but also a percussionist. We were giving concerts and teaching African dances, but after a while I stopped and moved into the hairdressing business to please my husband. He’s a bit jealous you know!,” she laughs. 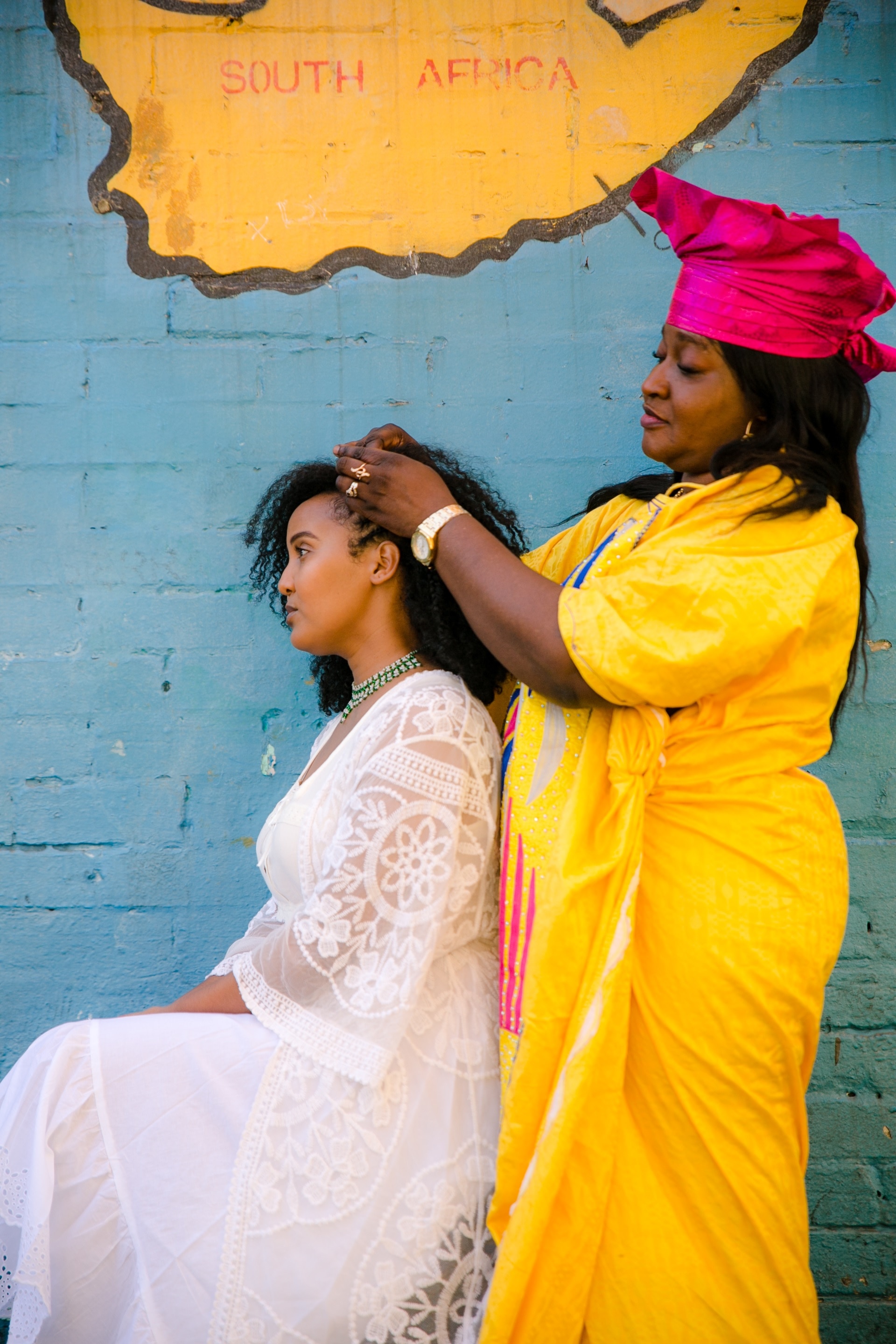 Indeed, Fatou’s reputation precedes her. Numerous famous musicians have used her services as they toured Sydney.

“Over the years doing this job, more and more people have heard of me, including outside of Australia. And I can count many big international stars among my clientele.”

Fatou flicks through pictures on her phone as she speaks. First is a picture of her standing with rap superstar Snoop Dogg.

The next picture shows Stevie Wonder, then it’s Will.I.AM from the Black Eyed Peas, then Ice Cube.

“When Afro-American celebrities come to Australia, for a concert or a tour, lots of them end up in my salon,” Fatou says.

She has also styled Alicia Keys’ hair, and that of legendary Senegalese singer Youssou N’dour, mostly known in the West for his hit ‘7 seconds’, sung with Neneh Cherry.

And three years ago, she missed out on styling Mariah Carey.

“I was late to the Entertainment Centre because I was a bit sick at the time, so someone else took care of Mariah Carey’s hair. But I did take care of all of her backup singers”.

Fatou’s success is so huge it even benefits others. Before moving to King Street, her first salon was on Enmore Road. That shop is now occupied by a music store, but the store’s manager purposely didn’t take Fatou’s sign down.

“I asked him why he wouldn’t take down my sign and he told me that my name attracts customers! He told me your name means something in this neighborhood, so he gets people coming in his shop looking after me and they end up buying records!”