'There is pressing need today': Melbourne man who handed out cash to people at Centrelink

A Greek Australian became the face of kindness after he rushed to a Centrelink outlet to give away money to jobless workers waiting to lodge their welfare claims.

The closure of several businesses in the wake of new coronavirus measures has led to thousands of workers becoming unemployed and many rushing to submit their claims in person, as the Centrelink website crashed due to high demand.

Pictures of long queues outside Centrelink outlets across the country did not go unnoticed, but for Melbourne resident Peter Darmos, more than causing sadness this imagery became a call to action.

“In all honesty, seeing the queues [of unemployed] I began shaking[…] I thought to myself ‘How are these people going to manage to bring back food to the table today?’

As Mr. Darmos told SBS Greek, he didn’t give it a second thought. Instead, he got to the bank, withdrew the maximum $10,000 he was allowed to and went straight to the Box Hill Centrelink outlet, in Melbourne’s East. 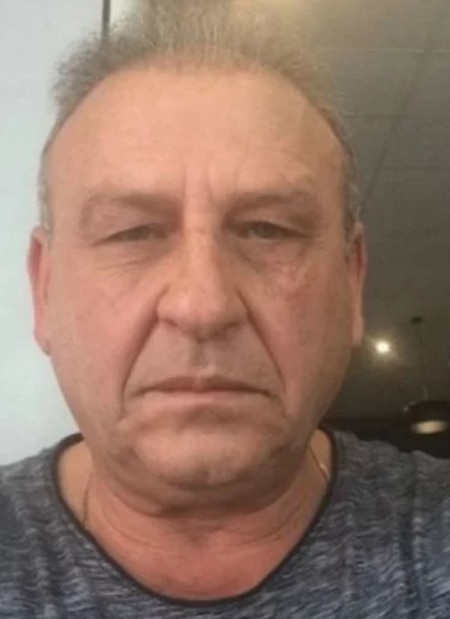 Starting from the end of the queue outside, the 62-year-old man handed out $100 notes to each person waiting, and continued on inside.

“And then after there was nobody else to give to money to I left.” Giving back to Australia at a difficult time

Mr Darmos says it was a way of giving back at a time of need for many.

“Look, we came [to Australia] from a village in Greece escaping from hunger. And this country has been good to us, providing us with great opportunities.

“I’ll tell you why I did this. Because there is pressing need today. Not next week. This could be an example for those who have the capacity to give some of their wealth so that we are able to help everybody,” he said.

The act was also driven by his views on what the government should be doing to tackle the coronavirus crisis on the economic front.

“There are three things a person needs since the beginning of time: Food, shelter and the ability to keep warm,” Mr. Darmos says, adding that “these three guarantees are necessary to ‘freeze’ the economy for three months.

“The state needs to provide these guarantees; food so that anyone can feed their families, ban evictions so that nobody can be without a home if they don’t have enough to pay the rent, and make electricity and gas utilities free for everyone so that services are not suspended.”

“Some people started crying”, Mr. Darmos describes individuals’ reactions upon receiving the $100 note while they were waiting to apply for Centrelink benefits.

The initiative has made headlines in the following days but Mr. Darmos chose not to disclose his real name initially and posed as ‘John’. He only revealed his real identity following calls to serve as an example for others.

This man saw the huge line of people waiting to get the dole, so he withdrew $10,000 from the bank and started handing out $100 notes to everyone in line. These are the people who will save the world.#coronavirusaustralia pic.twitter.com/D8IVjdNyMt

By then, people had already taken to social media to commend the act of kindness.

It takes a really brave and generous heart to do this when we are all staring down a very uncertain future. #covid19australia #faith #courage #johnthegenerous #centrelink https://t.co/HEGaTPk6rx

“[These are] humble people, innocent people whose lives came upside down in a matter of days,” Mr Darmos says of the workers left without jobs.

“What we need is food on the table, housing and be able to keep ourselves warm. And these are the three things we need to get through self-isolation and help, in this way, the work of real heroes in police, in hospitals, in the food industry[...]” Scott Morrison to Greek-Australians: thank you for all you give to Australia