'They will return': The case for Greece to sue Britain over missing marbles

DOWNLOAD
SUBSCRIBE
A frieze which forms part of the "Elgin Marbles", taken from the Parthenon and are now at London’s British Museum (Graham Barclay, BWP Media/Getty Images) Source: Getty Images

If Greece ever wants its priceless Parthenon sculptures back from the British Museum, it needs to sue, says a leading Australian voice on the matter.

Greece must sue Britain and the British Museum if it wants its priceless sculptures back, says David Hill, chairman of the Australians for the Return of the Parthenon Sculptures committee, and former president of the International Association for the Restitution of the Parthenon Marbles.

The former ABC Managing Director and author is deeply passionate about the return of the sculptures, also falsely known as the "Elgin Marbles", as they were removed from the Parthenon by the English Earl of Elgin while Athens was under Ottoman rule.

“The Greeks now have the support of the whole world on the return of the sculptures. The support has been growing in England. But we are no closer to a decision by the British to return the sculptures.” 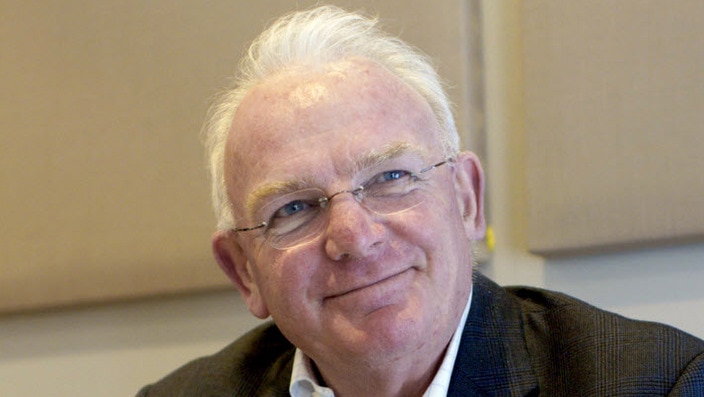 Mr Hill will speak at a seminar for the cause in Sydney tonight (June 4) and tells SBS Greek he is continually surprised that Greece’s government has not yet sued for the return of the sculptures. He says that while most British people believe the sculptures should be returned, the British government and British Museum have made no movements to do so.

“One day they will return”

Yet Mr Hill is still optimistic that one day the marbles will return to Greece, and says the government needs to resort to legal action to make it happen.

“Because it is so wrong for the British to keep the marbles, they going to go back one day,” he says. “I have been for quite a few years now of the view that the Greek have to legally challenge the British. The British will never voluntarily give them back. I think Greece now ought to look at its legal rights to sue for the marbles to go back.”

Asked whether that solution is really as simple as it sounds, Mr Hill says it certainly is.

“Five years ago, at the request of the then Greek Prime Minister, Antonis Samaras, I took some international law experts to Greece, who advised the Greek Government they had a good case and they should pursuit it,” he says.

But while the case is strong and there is great will among Greek people for the sculptures’ return, Mr Hill says there is a perplexing unwillingness to sue, as it is seen as an undignified step to take.

“This is the bit I don’t fully understand,” he says. “The Greeks are not happy to sue the British. They see it as an act of confrontation, an act of ill will. When in Australia, in America, or in Britain, when you can't agree on something like this, the civilised thing to do is to go to court. But the Greeks think it is uncivilised. I find it very strange that successive Greek governments are unhappy about suing the British.” Could that unwillingness to sue have something to do with both countries being members of the European Union, and Greece’s financial problems mean the nation needs supporters where it can get them?

“No, because Britain has been of no value to Greece in its current economic crisis,” says Mr Hill. “I don’t think that’s got anything to do with it. I just think it is a cultural difference … They [Greek politicians] wrongly think, if the first case failed there would not be a second chance.”

Another problem posed for the return of the sculptures, says Hill, and one Australians might relate to, is the revolving door of Greek prime ministers and culture ministers, which makes it hard to establish a consistency of approach.

“There are too many changes in the culture minister and prime minister. We need consistent policy from the Greek government directed towards the return of the sculptures. In the 20 years that I have been working on this very hard, we’ve had 14 different ministers for culture and seven different prime ministers. Every time there is a new Culture minister or a new Prime Minister, this is likely to be a change in approach.

“This is an issue that unites all Greeks. Every time there is a new culture minister or a prime minister they race up to the Acropolis and demand the return of the Sculptures. But it is no good shouting it from the Acropolis in Athens. They have to go London and work for it there.” David Hill will speak on this topic at the St George Bank Auditorium in Kogarah, Sydney from 6:30pm on Tuesday, June 4, in an event organised by the Athenian Association of NSW. Entry is free for members, $10 for non-members.

Press play at the top of this page to hear the full interview with David Hill, which is in English with short interpretations in Greek.