Tuesday marks the third anniversary of the mass exodus of Rohingya people from Myanmar amid brutal violence, and with it comes new analysis that 100,000 babies have been born in camps since. The future for these children looks bleak.On this occasion SBS Rohingya got an opportunity to interview Wai Wai Nu.Wai Wai Nu is a Burmese activist who advocates for the rights and equality of all people in Myanmar, including the Rohingya. She was listed one of the BBC 100 Women in 2014. In 2017, she was named one of Time magazine's Next Generation Leaders. 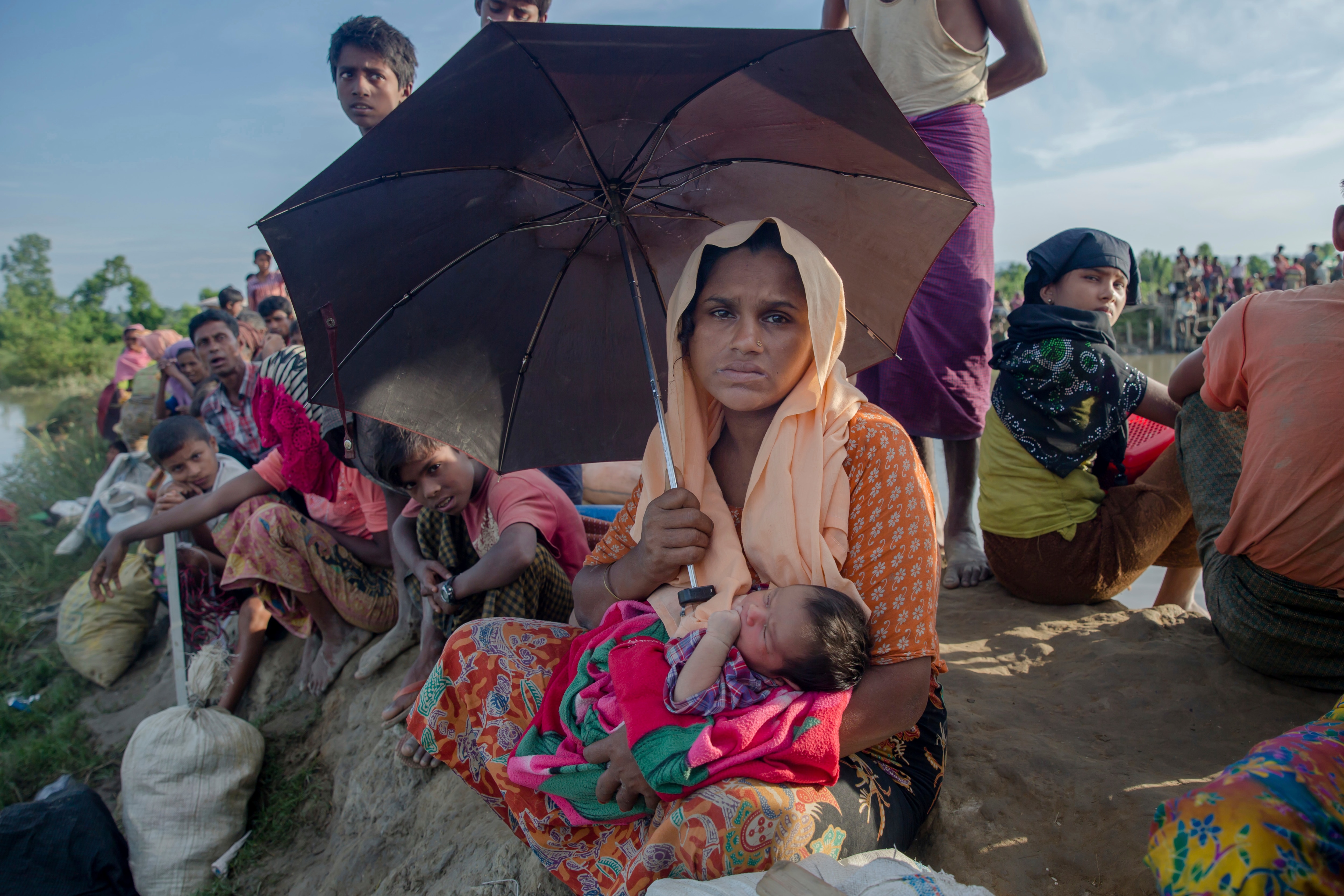 Rohingya Muslim woman Anjuna Khatoon, holds her 5-day-old baby girl who she gave birth to while making the journey across the border from Myanmar to Bangladesh.
AP