'Trump can’t decide for us': Palestinians in Australia criticise US peace proposal

DOWNLOAD 22.3 MB
SUBSCRIBE
A woman holds a symbolic of the Palestine flag with Arabic words that read: "Palestine for us" Source: AP

President of the Palestinian Association of Australia Hassib Elias says there has been significant community opposition to a peace proposal put forward by US President Donald Trump to end the Israeli-Palestinian conflict.

For Mr Elias, who is an Order of Australia Medal recipient for his service to the diaspora, the proposal’s omittance of a “right of return” for Palestinian refugees was a deal breaker for members of the community.

“Even the president of the world’s greatest country, with all respect, can’t decide for us what we can and can’t do,” he told SBS Arabic24.

This is what a future State of Palestine can look like, with a capital in parts of East Jerusalem. pic.twitter.com/39vw3pPrAL

Dubbed the ‘deal of the century’, Trump proposed to clear the path to establish an unarmed Palestinian State that can exist peacefully alongside the State of Israel.

The proposal places Jerusalem as the capital city of Israel, while giving the Palestinian State a capital in Abu Dis, a part of east Jerusalem.

The proposal, which recognises Israeli settlements in the West Bank, received the endorsement of Israeli Prime Minister Benjamin Netanyahu, but was rejected by Palestinian President Mahmoud Abbas, who called it the “slap of the century”. 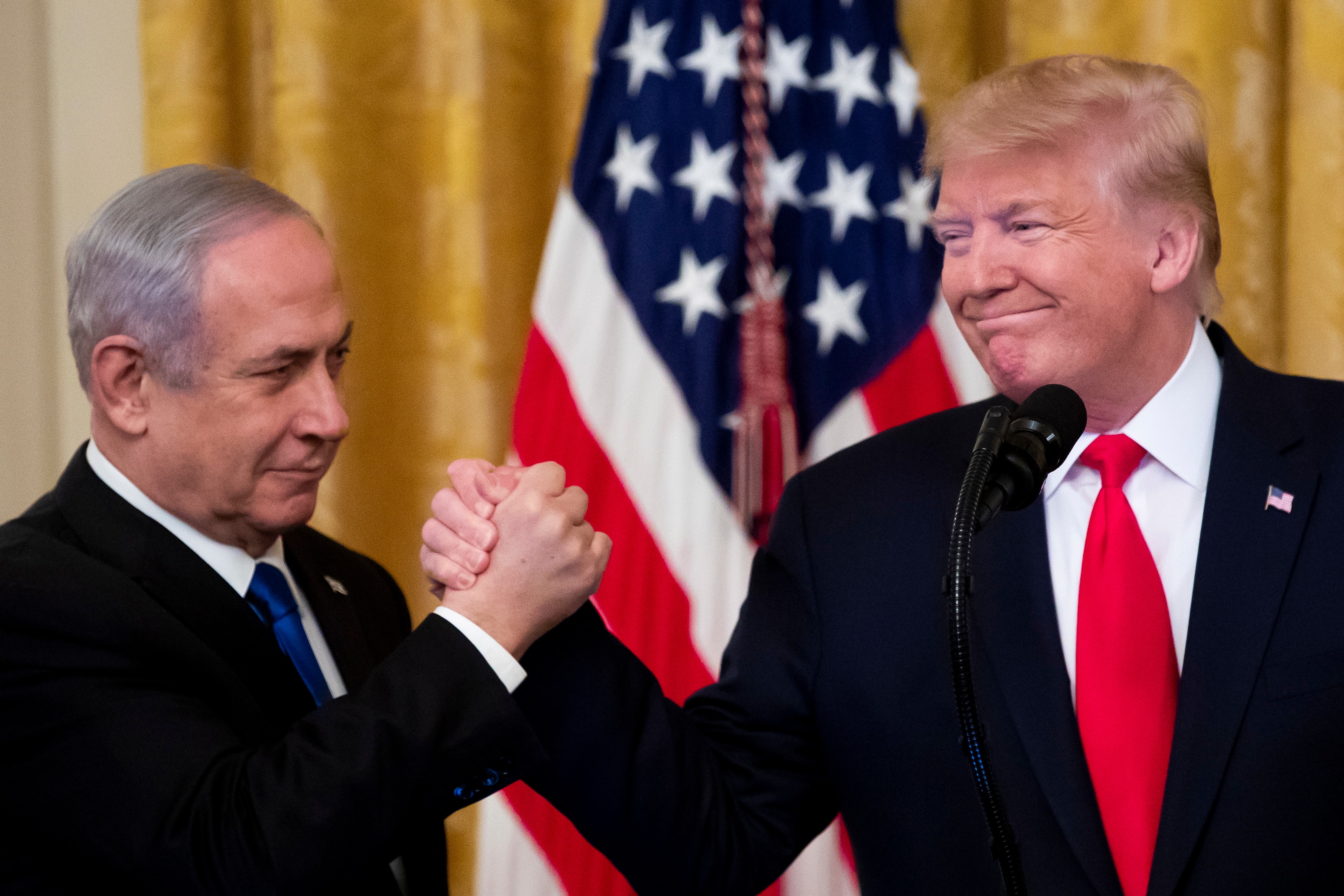 US President Donald Trump (R) shakes hands with Prime Minister of Israel Benjamin Netanyahu after the plan was announced.
AAP

The plan made no mention of the Palestinian “right of return,” which is a long-contested issue in the Israeli-Palestinian conflict and one which has resulted in numerous deadlocks well before the establishment of the State of Israel in 1948.

It is a key issue for the estimated 5 million Palestinian refugees, who fled Arab-Israeli wars over the decades, as well as for the Palestinian diaspora in Australia.

Mr Elias moved to Australia with his family at 1971 when he was 19 years old, after being displaced following the Six-Day War in 1967. 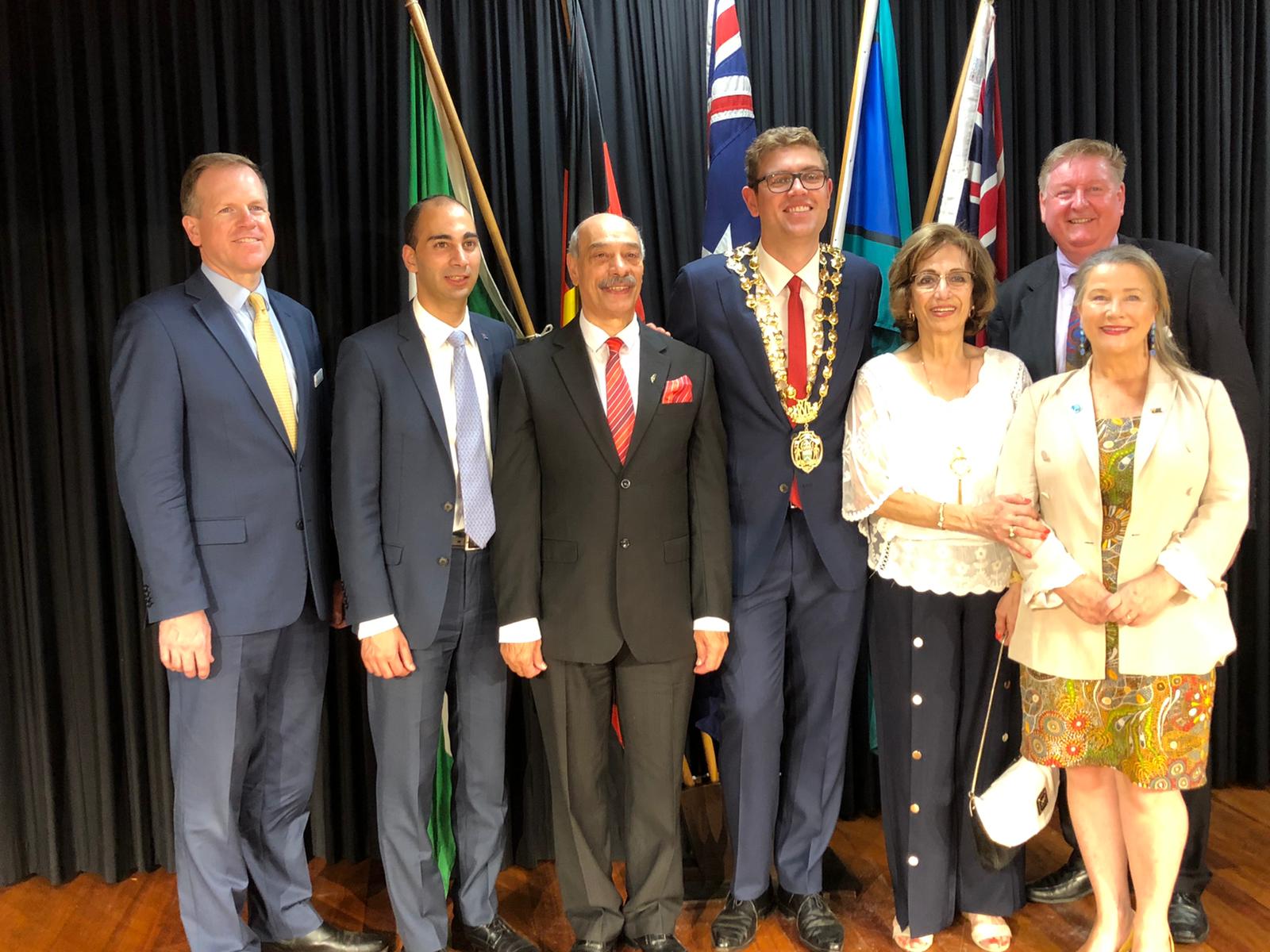 Hassib Elias decorated with the Order of Australia Medal in 2020.
Supplied

Since then, he has played a key role in keeping the Palestinian culture alive within his NSW community.

“I am a very proud Australian citizen, and I am proud of Australia, my second home country. This great country took us in and gave the helping hand to everyone.

In his conversations with community members in Australia, Mr Elias said there was a strong desire for negotiations to return to the United Nations, which previously pushed the narrative that “any refugee has to return to his home”. Until 2017, the US was the biggest contributor to the UN Relief and Works Agency for Palestine Refugees (UNRWA).
Getty Images

To deal with matters related to the Palestinians, the United Nations Relief and Works Agency for Palestine Refugees (UNRWA) was formed in 1949.

For Professor Ibrahim Qaadan, a Sydney University lecturer and an activist in the Palestinian community, Trump’s plan “puts an end to Palestinian rights”.

Prof Qaadan was born in Jordan as his family was displaced following the 1948 war which resulted in the forming of the State of Israel. The family then moved to Australia in 1972.

“Every international resolution or accord has acknowledged the right of the Palestinian people and refugees to return to their land. If we accepted this deal, it means we have given Israel our properties, belongings and rights with no return,” he said.

“As a Palestinian, I would never concede my right to choose where I live whether it is in Palestine or elsewhere. I have properties there and I won’t allow anyone to speak for me about what to do with them.”

Trump's peace plan allows for the return of Palestinians to the proposed Palestinian state once the conditions of its creation are set.

It also offers the settlement of 50,000 Palestinians over 10 years in any Islamic country that agrees to take them.

It also proposes the permanent settlement for Palestinians in countries that host the refugee population - mainly Syria, Jordan and Lebanon, if these governments agreed.

Alex Ryvchin is the co-chief executive officer of the Executive Council of Australian Jewry and the author of 'Zionism-the concise history'.

He rejects the notion of a right of return, saying it’s a concept that is “unprecedented” in international law.

“It is unique and claimed only by the Palestinian people,” he said.

Mr Ryvchin believes the ‘right to return’ was always “off the table” for Israel.

“All offers that have been put this idea that millions and millions of Palestinian descendants of refugees will be able to return into Israel has been really taken of the table.

“Any displacement that did occur in 1948 and it did occur I wouldn't deny that, occurred as a result of a war, a war that wasn't the choice of the Jewish people.