DOWNLOAD 30.87 MB
SUBSCRIBE
Benito Chan (left) Mat Bertrand (Right) continue to share what they learned from caring for their parents so that others will be better equipped Source: Benito Chan and Mat Bertrand

Mat Bertrand is an only child living away from home. Benito Chan is the only child who remained single among his siblings. The two have never crossed paths but they share a similar experience. They both became carers for their parents when they could no longer care for themselves.

Mat moved to Sydney from Canada to start his career. He was busy climbing the corporate ladder and building a life with his wife when a phone call changed his life. “I got a call from one of my aunties saying my mother got sick. She was in a coma” says Matthew.

When his mother woke up three weeks later, she lost all capabilities to live an independent life. “She forgot how to eat and walk. She had encephalitis.” It was a difficult time for him “She was the rock of the family; she was the person everyone went to. We didn’t really understand why it happened. She was 55 years old when it happened”.

Being an only child, he stayed in Canada until his mother was stronger and able to travel to Sydney.

His mother was not the only person Mat cared for when he moved back to Sydney. His father was diagnosed with a terminal illness, cancer.

“My father was 75 years old and my mother was caring for him. He had lung cancer and his health was deteriorating quickly. Being an only child, I had to be their primary carer. That was when we (me and my wife) made a decision to relocate them to Australia so that they can be close to us and we can look after them.” “It was a tough year, what I would have done differently was reach out to support groups for carers." Mat Bertrand with Mom & Dad
Mat Bertrand

When Benito’s stepfather moved to a nursing home, his mother asked him to move to Perth so that she won’t have to live alone. It was an easy decision; he packed his bags, left Sydney and started a new adventure in Perth. Life with his mother was a happy existence, they were able to catch up on lost time.

Because Benito’s mother, Mamay as he fondly calls her, was a healthy woman for her age, he was able to work part-time. They developed a routine and he made sure they had a supply of her favourite biscuits.

One day, he noticed that the full container of Marie biscuits was almost empty; he just bought them. It went on for two weeks. “I asked, Mamay what are you doing? Didn’t you just eat?”

He was baffled, she had never eaten that much and gained so much weight in just two weeks. That was when he decided to take her to the GP for a check-up. “She was gaining weight quickly. The doctor suggested we take a test.” After a series of tests, his mother was diagnosed with dementia.

It was then that everything became clear for him. He moved to Perth to care for his Mamay. His life eventually revolved around his mother, when she couldn’t be left alone, he became a full-time carer. “When my stepfather died, she became depressed and her situation took a turn for the worse. Her memory declined quickly.” "I promised myself I will care for Mamay for as long as I could possibly could. In the end, I had to listen to the doctors and nurses" Benito Chan
Benito Chan

Mornings are spent preparing her Mamay for the day, she got dressed and ate breakfast. That was their routine. “One morning I said, I’ll just have a shower, have your breakfast. I’ll be back quickly.”

While in the shower, Benito heard the door bang. He dressed quickly but his mother was nowhere to be found. “The door was wide open. When I went out to find her, she has left our home. The scary part was we lived near a bus stop, she could have boarded the bus.”

He didn’t know what to do, he notified the police and rang all their friends. It was almost dark when he got a phone call.

After a day of searching for his mother, he found himself inside a familiar place. Her mother was inside their parish church. He was relieved. “I found her on her knees, praying. I asked her what have you been doing, and she replied what do you mean? I’ve been waiting for you all day.

My mother couldn’t find her way home, but she found her way to her other home.” It was at that church that they spent their Sunday’s listening to the word of God.

Life as a carer and life in isolation

For Mat, caring for both his parents was a complete turnaround. A week before his mother fell into a coma, she was reminding him to file his income tax return.

The journey was indeed challenging from the financial aspect to the juggling of their daily lives, but it was the emotional aspect that he found most difficult. It was difficult not only for him but for his parents too.

“I was barely leaving the house and neither are my parents. Because my parents had this debilitating disease, they have lost their confidence, they didn’t feel comfortable engaging with people.”

Mat and his wife’s social interaction became limited. The feeling of having no one to understand what you need and to help was most difficult, finding people who share the same experiences. 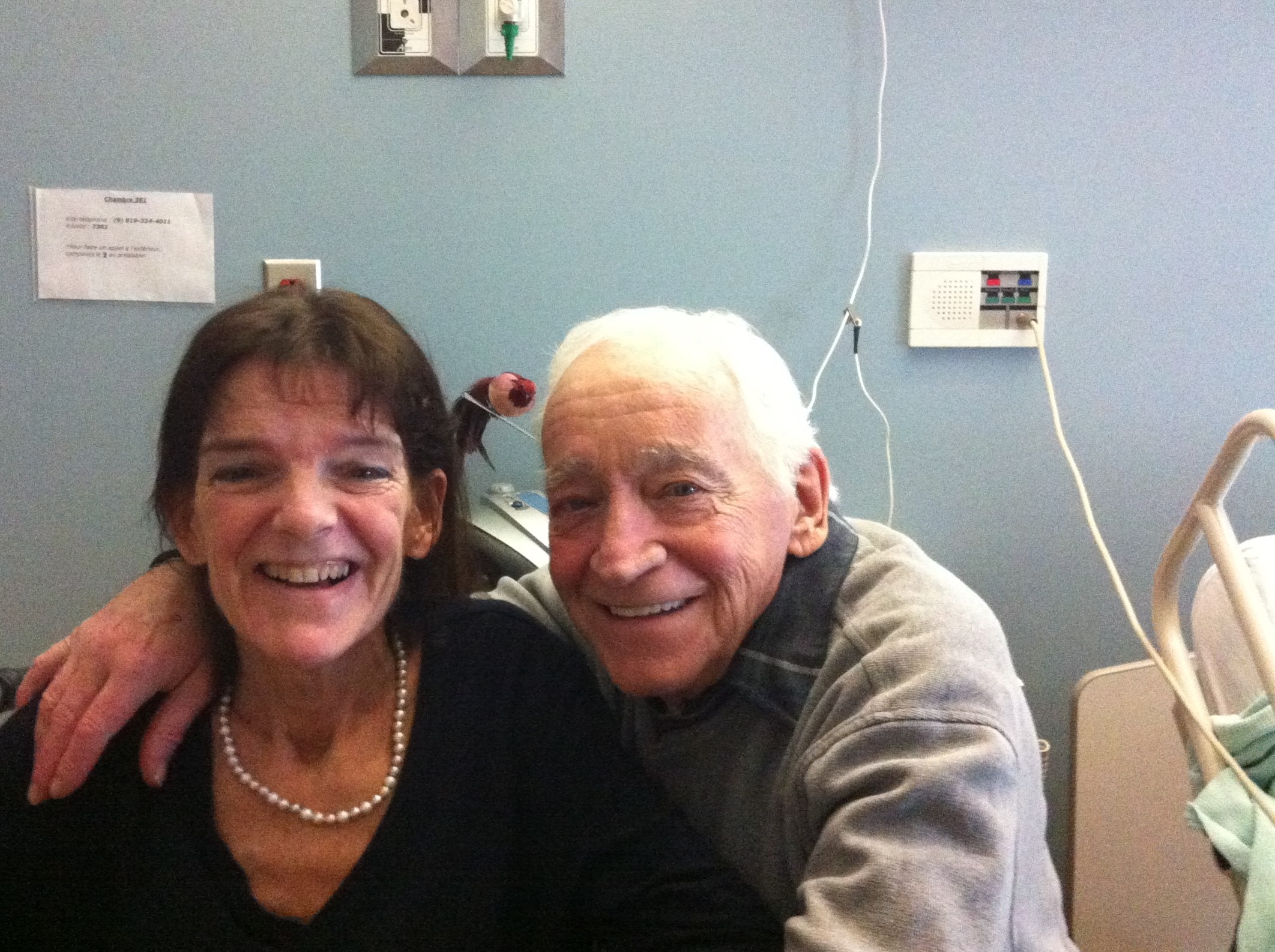 “Because my parents had this debilitating disease, they have lost their confidence,they didn’t feel comfortable engaging with others" Mat on social isolation

“It was a tough year, what I would have done differently was reach out to support groups for carers. They do exist, having conversations with primary carers who are going through the same situation.” This became the catalyst to their own support network “Like Family”.

Mat’s father passed away and his mother has since returned to Canada, still recovering but getting stronger each day. The time he spent caring for his parents has brought him to another path, while caring for his mum from a distance isn’t easy, it is made easier because now he knows he has a community that are Like Family. Benito had a journal where he wrote his daily experiences, unforgettable moments with his Mamay, moments when his heart was broken because she barely recognised him, minutes of happiness when she recalled memories from his childhood. He too decided to turn negatives into positives and became an advocate for Dementia Australia.

“One time, my mother was in the toilet, she wouldn’t open the door. She asked for my sisters. I said, Mamay, we are the only two people in the house, don’t be embarrassed. Let me help you, even if I’m a boy let me help you.”

His mother has since passed but looking back he remains grateful that he was able to care for his mother and the memories they created during those last days would always bring a sense of warmth to his heart. 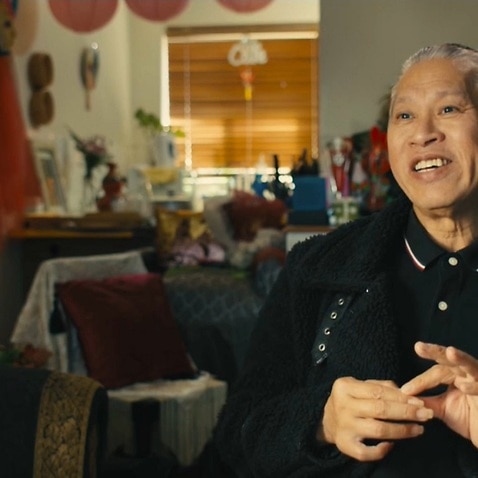 Loneliness, isolation of people with dementia made worse by pandemic 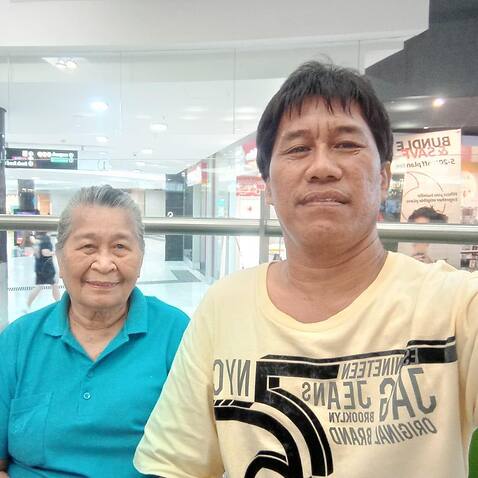 'Don't forget I love you': Francis left family, job in Philippines to take care of mum with dementia