Two men aged in their 30’s have been charged by NSW Police over the vicious brawl that took place at Harris Park last Friday. A community meeting was also convened in Sydney overnight to promote harmony across the diverse Indian communities of NSW, where everyone present condemned the violence in no uncertain terms.

The Paramatta Police Area Command has arrested and charged two men in relation to the violence that erupted on the streets of Harris Park late on the night of August 28.

According to police, two separate arrests were made on Monday afternoon.

“Investigators arrested a 33-year-old man at Parramatta Police Station just before 4pm on Monday 31 August. The Campsie man was charged with affray, use carriage service to menace/harass/offend, and publicly threatening or inciting violence.”

Two hours later, a 30-year-old man was arrested from his home at Jordan Springs, which is over 35 kms away from Paramatta.

“He was taken to Penrith Police Station and charged with driving recklessly/furiously or speed/manner dangerous, and common assault.”

According to Police, both men were granted conditional bail and will now appear at Parramatta Local Court on Wednesday 7 October 2020.

When asked by SBS Punjabi if any further charges or arrests were expected, a police spokesperson said, “inquiries are continuing, adding that no further comment can be made since “the men are before the courts” now.

The alleged violence took place at Harris Park at around 10 pm of Friday, August 28, when nearly 40 men descended on Wigram Street, some armed with bats.

A violent confrontation allegedly ensued, videos of which were widely shared on social media platform Tik Tok, with hostile comments reportedly exchanged between groups of men from Punjab and Haryana. 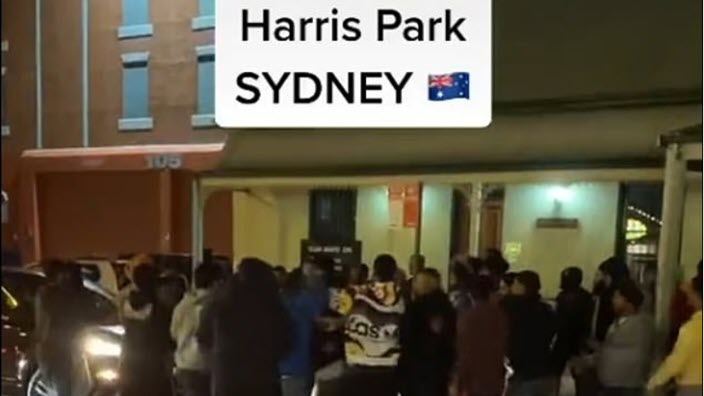 NSW Ambulance paramedics treated one man, aged 33, for minor head injuries after he was punched and knocked to the ground. No other injuries were reported.”

Videos show some members of a group chanting slogans in support of Khalistan, a separate homeland demanded by a section of the Sikh community.

On Monday 31 August, the Acting Minister for Multiculturalism in NSW Geoff Lee convened a virtual meeting of various Indian community representatives, in an effort to ‘promote harmony across the diverse Indian communities of NSW’.

The meeting was also attended by Dr Hari Harinath from the Multicultural NSW Advisory Board and Acting Assistant Commissioner Peter McKenna. 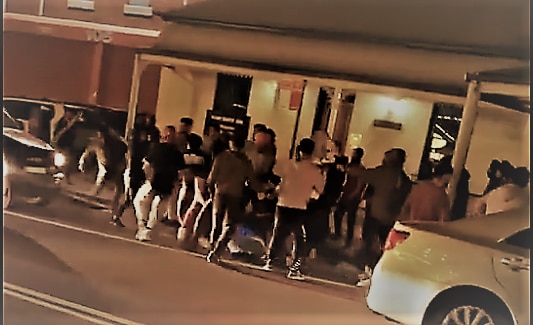 In a statement issued after the forum, Minister Geoff Lee said, “I thank our Australian Indian community for their united leadership on this matter and their efforts to ensure overseas issues and conflicts do not impact on the harmonious relationships between communities in NSW.”

“NSW is a proud multicultural state, our diversity is one of our greatest social assets,” he added.

Dr Yadu Singh, one of the community leaders who participated in the forum told SBS Punjabi, “Every single member of the community, regardless of the state they belong to or which religion they follow, roundly condemned the violence that took place in Harris Park on Friday night. Such hooliganism has no place in our society.”

He said both sides involved in the brawl were to be blamed and the perpetrators must face justice. 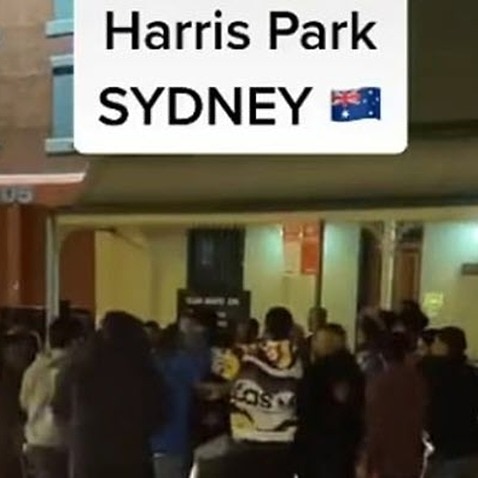 The Consul General of India’s office in Sydney has also underscored the need for upholding shares values of mutual respect and pluralism. In response to a query from SBS Punjabi, a CGI spokesperson said, “The incident has been brought to our notice. We understand that local authorities have taken cognizance of the incident and are conducting investigations.”

“No one should indulge in activities that are inappropriate and inconsistent with the shared values of mutual respect, pluralism  and democratic norms of conduct in our societies. We also look forward to further strengthening of India-Australia ties,” they added.

Meanwhile, apart from continuing investigation, NSW police is conducting high-visibility proactive patrols of the area. Anyone with information about this incident is urged to contact Crime Stoppers on 1800 333 000 or report via  https://nsw.crimestoppers.com.au.