Aiia Maasarwe's uncle has expressed his anguish at hearing of his niece's murder.

The murder of 21-year-old Arab-Israeli woman Aiia Maasarwe in Melbourne has sparked a series of vigils, as the victim's uncle remembers a "fearless" young woman.

Ms Maasarwe's body was found in scrub, not far from where she alighted the route 86 tram at the northern Melbourne suburb of Bundoora late on Tuesday night.

Police on Friday made an arrest over the death.

Ms Maasarwe's uncle Abed Kittaneh told SBS Arabic24 that the news came as a "bolt of lightning" for the family.

"It's very painful and very sad. You need God's mercy to bear such news,” he said.

“Aiia was very bright since her early days, very active, smart, fun and forgiving. She had all the good qualities, she was fearless and she had the world ahead of her.” Victoria Police have arrested a man in relation to the death of Israeli exchange student Aiia Maasarwe.
SBS News

The student had been attending college on the grounds of La Trobe University and on the night had been at a Melbourne comedy club before catching the tram home.

Mr Kittaneh confirmed that his niece's father had arrived in Melbourne to follow the investigation, and to retrieve the body, which will be buried in the family's hometown of Baqa al-Gharbiyye.

Mr Kittaneh said he took issue with the media reports which identified his niece as an Israeli, without mentioning her Arab roots.

"Of course, we are upset by that, but we are focusing on the situation we are in, the body halfway across the world, her dad is in Melbourne, her sister is in China, her mum and two sisters are here in the town," he said.

"This is the situation we are trying to handle, there are arrangements for burial, and there is paperwork, there are a million other things to be addressed.

"These procedures are not easy, handling it is not easy as well, we have to do it right." 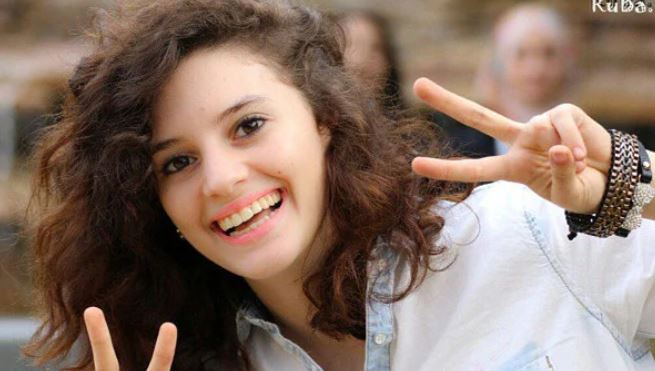 Ms Maasarwe, who was a Palestinian Arab with Israeli citizenship, was in Victoria as an international student at La Trobe University.
Supplied

He thanked the Israeli foreign ministry which "stood with the family from the very beginning".

"The ambassador and the consulate are taking care of her father and they communicate with Australian authorities. They spared no efforts." He added "she is an Israeli citizen."

Prime Minister Scott Morrison called the slaying the "most despicable of crimes".

"It is just so shocking. I mean, I'm speechless," Mr Morrison told reporters in Fiji on Friday.

"My heartfelt condolences on behalf of myself and (wife) Jenny and my family to her family, and I just pray you can find whatever comfort you can in the worst of all circumstances."

A silent vigil will be held later on Friday on the steps of Victoria's parliament with attendees asked to wear black.

A route 86 tram leaving parliament at 8.01pm is planned to be filled with flowers in tribute to the young woman.