A 39-year-old woman and her six-year-old daughter were killed last week in an alleged stabbing at their Melbourne home.

On 13 January, emergency services were called to an address in Melbourne at about 7.50pm, and on arrival police located a man, woman and girl with critical injuries, Victoria Police confirmed.

Police said "the woman died at the scene and the man was taken to hospital under police guard in a critical condition".

The girl was also taken to hospital in a critical condition where she later died, Victoria Police said.

In an email to SBS Hindi, Victoria Police confirmed that the man is still in hospital under police guard but he is yet to be interviewed. 'Financial support of up to $3,000 is available to temporary visa holders for escaping domestic violence': Red Cross official

Police said the man is understood to be in a stable condition.

“The investigation starts from the time of the incident – in terms of any further details, given the matter is ongoing and we’re yet to speak to him, we’re unable to provide anything further,” police said.

Speaking at a press conference last week, Detective Inspector Dean Thomas from the Homicide Squad said a second child was in the house at the time of the stabbing.

“A 10-year-old girl from that address managed to escape and flee,” he said. 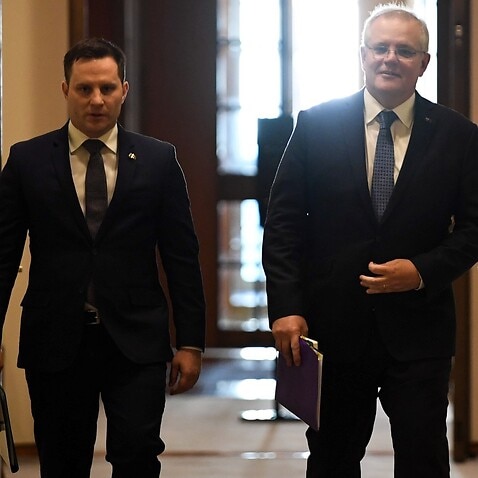 She “was not physically injured and is in the care of the Department of Health and Human Services and is speaking to police,” according to Mr Thomas.

Members of the Indian community have expressed their deep shock and many have posted tributes on social media.

Two separate fundraisers to support the family have been launched and one of them has so far collected over $16,000.

SBS understands that the mother’s parents, who are currently living in India, were in the process of coming to Australia and have been granted visas.

According to federal government data, one woman dies almost every week at the hands of a current or former partner in Australia.

Social worker Nayana Bhandari, one of the co-founders of the Oorja Foundation in Melbourne, is urging domestic violence victims to reach out for help.

She said the pandemic is leaving many family violence survivors vulnerable and mental health issues can potentially trigger situations to go from bad to worse.

"In these current times of isolation and social restrictions, a victim can be under intense scrutiny by the perpetrator so there are very limited ways one can share their situation or condition with others," she explained.

"Domestic violence cases have been rising during the pandemic, and isolation may be contributing to that," she added.