'We Arabs are used to hugs and kisses': Reflections on the pandemic, one year on

The first case of coronavirus in Australia was reported on January 25, 2020, and the year since has seen a number of profound changes for members of the Arabic community.

Australians have been living with the threat of coronavirus for more than a year.

From its beginnings as a “mystery virus” from the Chinese city of Wuhan, the pandemic has gone on to affect almost every facet of daily life for most Australians.

Monday, January 25, marked exactly one year since the first case of coronavirus was detected in Australia.

During those early weeks and in response to the threat that COVID-19 posed, federal and state governments enforced a number of recommendations around social distancing, maintaining hand hygiene and limiting the movement of individuals, locally and internationally.

Former SBS Arabic24 executive producer Marie Myssy had just retired after 38 years with the broadcaster when the pandemic began to take hold. 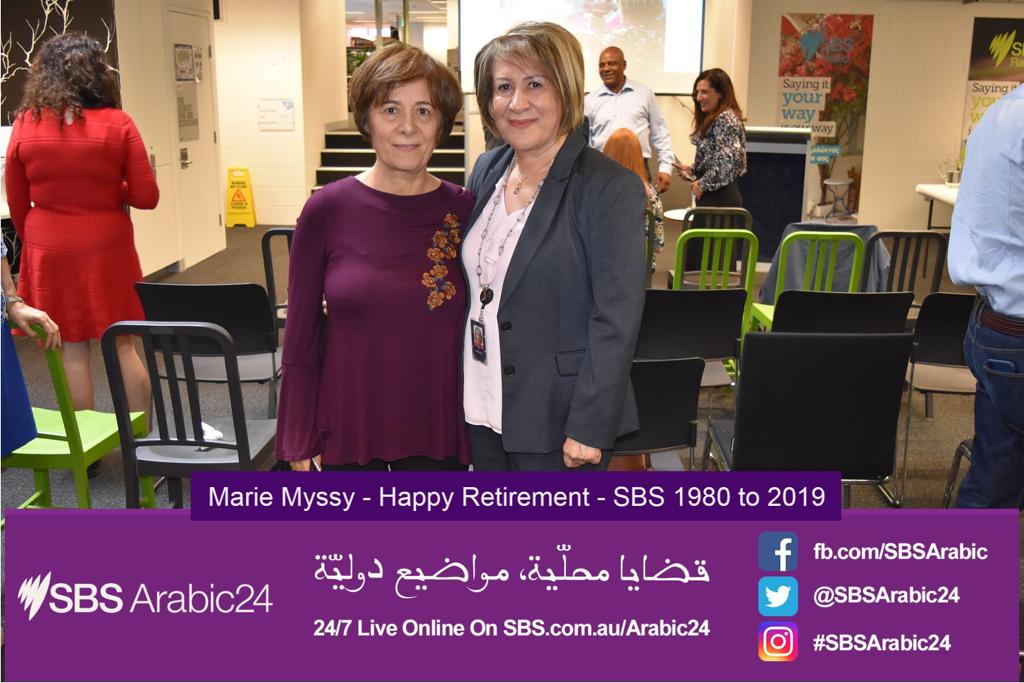 The grandmother, who is an active member of the Lebanese community in Sydney, was planning to spend her post-retirement with her husband and family before restrictions were announced in NSW.

As a result, they were instead separated.

“We started talking to the family for the first week or two through Facebook calls, but a month quickly passed without seeing the grandchildren in person,” she says.

“They were afraid for our health, that the children might carry the virus and could infect me and my husband, so my son decided not to bring them to the house.”

She says that an "odd solution" emerged as the restrictions dragged on.

“We decided to go to the street, and my son would take his children in the car and pass by us. The children would wave from inside the car and drive away.”

When restrictions were eased in New South Wales, Myssy says the fear and unease surrounding the spread of the virus persisted.

“We started meeting the children in the park while keeping 10 metres of distance. It's a long distance.

“Imagine how hard it is when a child runs towards you, wanting to kiss or hug you and you push them away.”

Tragedy struck the family when Myssy’s sister passed away. Due to hospital regulations, only one visitor was allowed at her bedside during her final moments.

“It was very hard, a person in their last days would want people around them, checking on them, but only one person was allowed to visit," she says.

“The relatives wanted to say goodbye, but it wasn’t allowed. No one said goodbye, and this caused pain to us and our relatives.”

Adding to the heartache, only 10 people were allowed to attend the funeral.

“Grieving and honouring the dead is something we take for granted. We believe we are entitled to be sad, to hold a funeral ceremony, and honour the dead.

“But this was impossible at that time.”

As 2020 continued, social events that would usually have hosted hundreds were slashed.

Iraqi-born Fadi Hermez was forced to postpone his wedding in Melbourne set for April when restrictions were announced in Victoria.

Confident that health authorities would have the virus contained, he moved the event to July.

In July, however, strict stage three restrictions were in full effect in Melbourne, which placed a cap of five people at weddings.

“We decided to do a very limited ceremony with only five people - me, my wife, two witnesses, and the priest,” he says.

“We had to sacrifice our families attending, and we did it in one of the parks.” Fadi Hermez and his bride during their wedding in 2020.
Fadi Hermez

The feeling of isolation continued for the newlywed couple as they adjusted to their new life under the tough restrictions, which were elevated to stage four in August as Melbourne battled its second wave of infections.

“Our mental health was affected, especially for my wife,” he says. “We didn’t know what will happen next, and this had an impact on my work and relationships with family and friends.”

Like many, the closure of Australia’s international border in March put a halt on travel plans for Arabic community members, for whom yearly trips back to their former home countries is a usual occurrence.

Hayat Dogan, a refugee services officer based in Melbourne, was forced to cancel her travel plans.

“I couldn’t go anywhere,” she says. “I work for the whole year while planning my holidays in Lebanon in October to see my family.”

It was the same for Sydney pharmacist Nader Armanious.

“I had booked a ticket for me and my wife and our three-year-old daughter, but with coronavirus, we had to cancel everything.

“Even if travelling is open again, we will be afraid because we have a three-year-old daughter. Now we think before doing any activity, to visit someone or even to leave the house.

“The idea of travelling became very scary as we are afraid for our child.”

Armanious says among the biggest changes was the inability to physically greet people.

“We Arabs are used to hugs and kisses while greeting, but now everything has to be done with respect to social distancing and the greetings are from far away.”

For Dogan, the new norms of the pandemic age have been difficult to become accustomed to.

“I go shopping once a week, and I see people in the street wearing masks, it looks like a Hollywood film, not a normal life.

“I feel isolated, I now spend all my time in front of the computer, and this is not good for the heath."

With the devastating effects of the pandemic came new opportunities for some people.

Basem Rasho was working for a major hotel company in Victoria before the coronavirus hit the sector.

As a result, he lost his job, but he managed to find a new passion for carpentry.

“I thought while at home to shift career, especially that I am now 50 years old,” he says.

“I decided to go for a thing that will always be in demand.

“I chose wood because you can turn it into a beautiful artwork, and I started with making home doors.” Basem Rasho and his daughter in their carpentry workshop.
Basem Rasho

He formed his new business and started out by completing jobs for friends before the word got out.

The business is a joint venture with his daughter, and he's thankful to be able to spend time with his family.

“I have used the situation in a positive way, the coronavirus time pushed me to use this energy and find my new passion.”