'We are committed to a fairer visa processing system': Labor MP Julian Hill

The Labor member for Bruce, Julian Hill, has accused the current government of 'shameful' discrimination in processing of partner visas for some countries and 'breaking promises' regarding parent visas for migrants.

Mr Hill made the comments in an interview with SBS Hindi at the recent SBS Election Exchange held at the Dandenong Market in Victoria.

“If you are from the United States, Germany or Western Europe it takes five to seven months to get a partner visa for your wife or husband, if you are from somewhere like India it takes a lot longer than that and indeed if you are from parts of the Middle East it takes four years on average, that’s discrimination,” said Mr Hill.

“Labor abolished the White Australia Policy in the 1970s laying the foundations for multicultural Australia we see today, and we are committed to a fairer visa processing system,” he added.

According to the Department of Immigration and Citizenship, however, the number of on-hand applications for partner visas has fallen by 41 per cent over the past 18 months. As a result, many partner visa applicants have seen reduced processing times.

As of 31 March 2022, 52.1 per cent of applications finalised were lodged within the previous 12 months, compared to 26.5 per cent of finalisations at the same point in 2019‑20. Their figures state that 90 per cent of partner visas were finalised between 5-29 months.

Mr Hill said Labor is well aware of the current complaints surrounding the parent and partner visas, including long waits and high fees, and acknowledged these are things that the party needs to address. 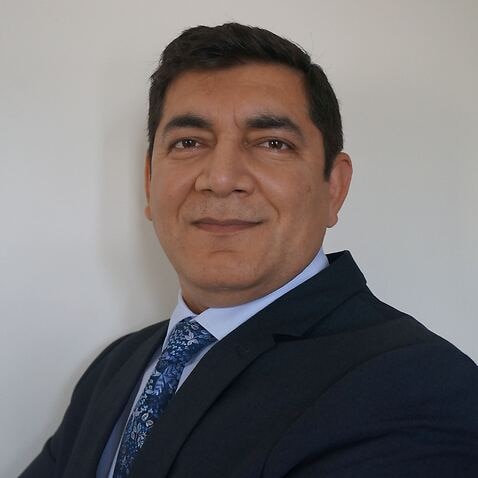 Prime Minister Scott Morrison also spoke on the topic of parent visa options in an interview with SBS Radio this week.

Highlighting the importance of family reunification, Mr Morrison said introducing the sponsored temporary parent visa was a “very important change” that the Liberal party had delivered on.

“As a government we have always shown a great deal of commitment and innovation to see how we can bring families back together,” he said. Member of Parliament for Bruce in the House of Representatives, MP Julian Hill speaks to SBS.
SBS

Following a redistribution in 2021, the seat of Bruce now covers 115 square kilometres and includes suburbs from Mulgrave to Berwick. Bruce has remained a safe Labor seat since 1996 and it remains to be seen what impact the latest change of boundaries will have on Mr Hill’s chances of winning again.

“About 80 per cent of my electorate wasn’t there in 2016 so I have got a whole new bunch of people to introduce myself to,” he said. Disclaimer: As part of our coverage of the federal election, SBS Hindi endeavours to interview candidates from various political affiliations. We do not endorse or support any political party or candidate.