‘We never thought we were alone’; Shafiqur Rahman Anu, Consul General of Bangladesh in NZ on Christchurch mosque sentencing

Survivors and families of the 2019 Christchurch mosque shootings in New Zealand have faced the gunmen this week. They’ve been speaking at a four-day sentencing hearing. After 51 murders, 40 attempted murders and New Zealand's first conviction for terrorism 29-year-old Australian, Brenton Tarrant, is sentenced to life without parole in court on terror charges. Several expatriate Bangladeshis were killed and injured in the incident. Engineer Shafiqur Rahman Anu, Honorary Consul General of Bangladesh in New Zealand spoke to SBS Bangla. Listen to the interview in Bangla in the audio-player above.

Engineer Shafiqur Rahman Anu, Honorary Consul General of Bangladesh: Thank you and thanks to all the listeners and viewers.

Abu Arefin: The sentencing of that terrorist incident of 2019 has started and the verdict will be given in a few days. What are the feelings of the general public and expatriate Bangladeshis? What are they thinking?

The process you know in New Zealand and in Australia has started. At first, you know, he didn't plead guilty at first. I don't want to pronounce the name of this guilty person. The New Zealand government later gave him the scope to go through their psychological and other legal processes.

Then on March 26 this year he agreed that he would plead guilty. Then the case took a turn in the other direction. This means that it was easy for the government to prove it then.

The New Zealand judiciary, the Australian judiciary you know. If someone is convicted at first, he is called guilty. But how much he will be punished, what will be his punishment was announced later. The process is set to begin on August 24 at the Christchurch High Court. Assuming it will last for 3 days, it may take more than 4 days. In it, the allegations against him will be read out, if there is any statement against him, those statements will be heard. If this process continues after listening to everything, it may take three days, it may take more. 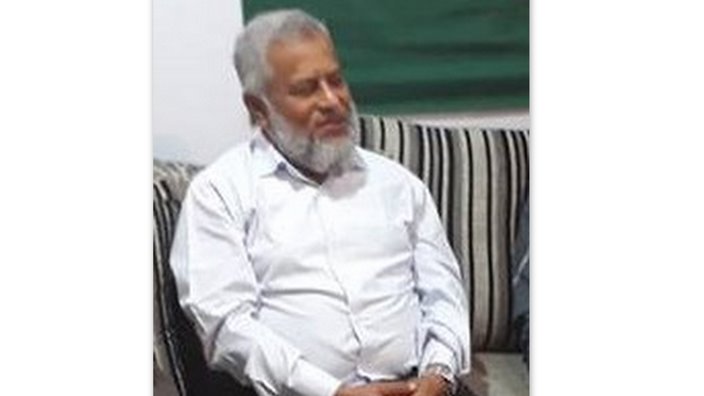 What you're saying is that it's not just the Bangladeshis in New Zealand or the New Zealand Muslim community. There is an interest among ordinary New Zealanders. How do I see the interest? On March 15 this year, New Zealanders came to every mosque, with different citizens of the country, to come and greet them with flowers. It was for this reason that after the incident I have been to Christchurch as the first person from any of the foreign embassies.

I have had personal acquaintances with many. Introduced for media reasons too.

Hopefully, from what you are saying, the maximum penalty for murder under New Zealand law is life imprisonment. There is no death penalty.

The trial was supposed to be in the coronavirus lockdown time. To give the benefit of staying in court to the representatives or relatives of the victims of the attack the New Zealand government scheduled the case during this time. This is now given. There will be representatives of those who have been harmed, killed or injured. They will be in during the hearing. However, the news cannot be broadcast directly.

There is no question of distorting the news. Very sensitive issues, should not be mentioned until the New Zealand court has revealed to the media.

However, they have hinted to me that, considering the allegations levelled against him, it seems it would be quite normal for him that he would be sentenced to life imprisonment. In New Zealand, however, life imprisonment does not mean that he should be in prison for life. It will depend on his activities, his behaviours. Many times someone was released on parole after 10 years of imprisonment. Many times after 15 years, and maybe not. But so far, there is no such incident that someone is not released at all.

New Zealand law does not provide for the death penalty. However, the maximum punishment will be given, it is our belief. Usually, the punishment is a little lighter if someone confesses to the crime. But, in this case, he has committed so many crimes, even if he get lighter punishment, he can get extreme punishment. It can’t actually be said. However, there are hints in this regard.

Abu: Many Bangladeshis were killed and injured in this incident. What is their opinion? Did you find out anything?

SRA: I haven't talked to them now. I talked before. I haven't talked now because there are so many sensitive issues. However, those who have been injured are all satisfied with the steps taken by their government. Many of the relatives of those who died have been granted New Zealand citizenship. Many have been financially compensated since coming here. They got a lot more than they expected. Their only demand is justice.

Abu: In the aftermath of this incident, there was a sense of fear in the minds of the people, especially among the Muslim community, how much has that fear gone?

SRA: Very nice question. Yes, there was fear. It was one day in my eyes, it was the first day. It happened just before the Friday prayers on Friday. Later that day we were told not to go to the mosque. I was in Auckland then. The foreign minister and the head of state from Bangladesh were telling me to go there. Since all air traffic was off, I wondered if I could go by-road. It will be very difficult and time-consuming. I will try it.

The flight started the next morning in Christchurch, I left. I went on the morning flight. I went as the first foreign Muslim ambassador. On the streets of Christchurch, I saw fewer people. I saw less Muslims. I contacted a few people on the phone. They said they were terrified. And especially women wearing the hijab, bearded gentlemen do not leave the house. However, no such incident occurred. The attack on Muslims did not happen then. There were police guards on the street.

But the next day afternoon when our Prime Minister went, at a ceremony there in Christchurch she put on a hijab. She went and expressed solidarity. She said everything and she expressed her complete sympathy. But since then the situation has changed. Then we Muslims, we were all roaming around in a fearless environment. However, armed police and other security forces were deployed throughout the town. But every mosque in New Zealand since then, you know, has been under police guard for three months. For security reasons. Although no incident has taken place since then.

The fear, I think, is then gone, that we will be attacked. However, the New Zealand government deployed 24-hour police guard on more than 50 Muslim centres and mosques in the country.

When this alert level gradually dropped, they took the police back slowly. I pray in the most popular mosque in New Zealand. Since then we have taken security measures there. We closed some doors, arranged to go up the stairs. But, there was no fear. We did Eid prayers even then and this time too. There was no security crisis.

The New Zealand government, New Zealand's ruling party, the opposition and the people of New Zealand also came to our side. We never thought we were alone.

I have never seen so many bouquets of flowers in my mosque before. At ten or eleven o'clock at night, they would come and observe silence, talking to us. They used to share their grief. So we are truly grateful to the people of New Zealand, to the Government of New Zealand.

Abu: The New Zealand government, in particular, has taken a special step after this incident. Although this is the first terrorist incident in the history of New Zealand. And the Prime Minister of New Zealand herself was sympathetic and supportive of the Muslim community. People were reassured and their fears were dispelled. Now people are practising their religion safely.

Shafiqur Rahman Anu Thank you very much for giving time to SBS Bangla.

SRA: Thank you and your audience. And your latest comment is a hundred per cent true. Thank you for your assessment.

Listen to the interview in Bangla in the audio-player above.