Victims of the boat explosion on the Hawkesbury River are facing two challenges at once: the long and painful road to recovery and months of financial uncertainty.

“They came to Australia to start a new life, to get a better life, and this happened. We all now have to work through the scary part – what lies ahead, the unknown," says Sam Chan, one of the survivors on board the boat that caught fire on the Hawkesbury River north of Sydney on Easter Sunday this year.

"We are now trying to rebuild our lives, live a new normal.”

Karoline Santana is one of the severely burned victims of the explosion. The 25-year-old suffered burns to 30 per cent of her body and says she is still struggling to comprehend what happened. “After stopping to refuel, as soon as the captain started the ignition, the boat exploded. I can't explain what I felt when all that fire embraced my body, and the desperation to get out of that boat, the desperation to try to save myself,” she recalls.

Two weeks after the traumatic event, the young Brazilian businesswoman remains at Royal North Shore Hospital undergoing skin grafting and other painful surgical procedures with no set date to be released from the hospital. Karoline Santana and friends on the boat, before the explosion
supplied

Ms Santana is on a bridging visa and, apart from her husband, Sam Chan, has no one in Australia.

She is receiving support from the Consulate of Brazil in Sydney, and although Australia’s international borders are closed to foreign nationals due to the pandemic, her parents received an exemption on compassionate grounds and are scheduled to arrive in Sydney next week when they will go into quarantine. First few days in hospital: "I am 25 years old, the doctors are hoping that my skin will regenerate itself," said Karoline
GFM page

Mr Chan, who was also on the boat and suffered burns to five per cent of his body says the money raised on Karoline’s Go Fund Me Page – $30,000 of a $50,000 goal – will pay for her rehabilitation, elective surgeries, loss of income, therapy, and additional medical costs outside the public health system. 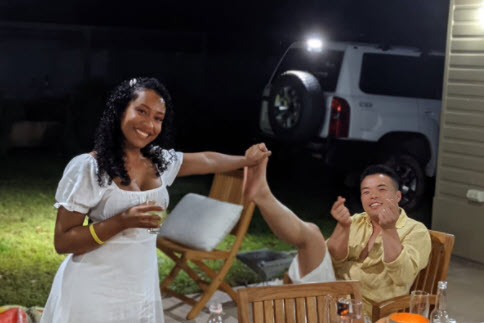 Karoline and Sam: "My family is not here but at least Sam is"
GFM page

“The money raised will pay for things that will allow her ‘to feel normal again," he says. "Things that we don’t even know yet.”

Relying on GoFundMe pages and fundraising events, the four victims, who are all friends, are raising money as a group, facing an uncertain future. Their release date from hospital is unknown as well as their next steps recovering from the near-death experience.

Mirka, from Slovakia, suffered burns to 60 per cent of her body and is also undergoing skin grafting surgeries. Mirka, Sydney manager at an organic retail store, was also on the boat and is recovering in hospital.
GFM page

Her employer, Sydney businesswoman Cristina Talacko, was shocked by what happened and is using her social media channels to support Mirka and Karoline.

"She came to Australia from Slovakia; and has no immediate family here. Due to COVID, it will be hard for her family to join her during her battle. Karoline is in the same situation, her parents are coming, but the challenges lay ahead, she won't be able to work for a while.”

Ale, an international student from Mexico, suffered severe burns to about 60 per cent of her body. According to her GFM page, there is no timeframe on how long Ale will be in ICU for, as she is still in a critical condition.
GFM page

As Ale is an international student, she is not covered by Medicare.

“We are unsure at this time how much her student medical insurance will cover, however, we do know that her medical expenses will be significant and may not be entirely covered," says Emily Candy, the fundraiser page organiser.

On top of this, her loss of income, rent, bringing her family to Australia, rehabilitation, and so on, all add extreme financial pressure.

“They came to Australia to start a new life, to get a better life, and this happened," says Karoline Santana's husband, Sam Chan.

"We all now have to work through the scary part – what lies ahead, the unknown. We are trying to rebuild our lives, live a new normal, we will get there."

Karoline now reflects on her future.

“It was a wonderful day, and to end as it ended, to look at my photos from the past and look at me now and think that this is the Karoline I have to accept now, it will be difficult, but am thankful to be alive. Now I am on the long road to recovery. We have to look at this as a second chance to live,’ she said sharing details of her ordeal with SBS Portuguese. John arrived in Australia from South Korea as a child, he's at Royal North Shore Hospital's burns: first priority of treatment is removing the burnt skin as quickly as possible because the burn itself is “quite toxic”
GFM page Living with Breast Cancer During a Pandemic 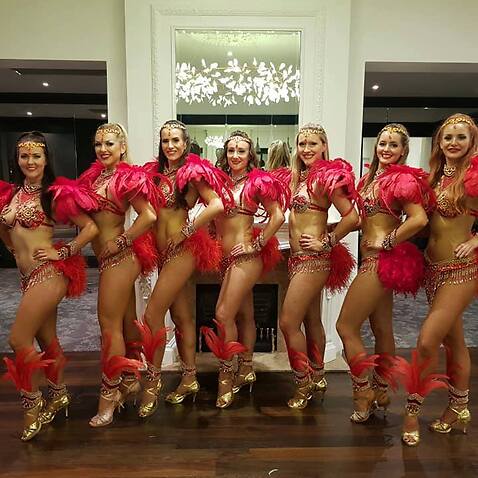 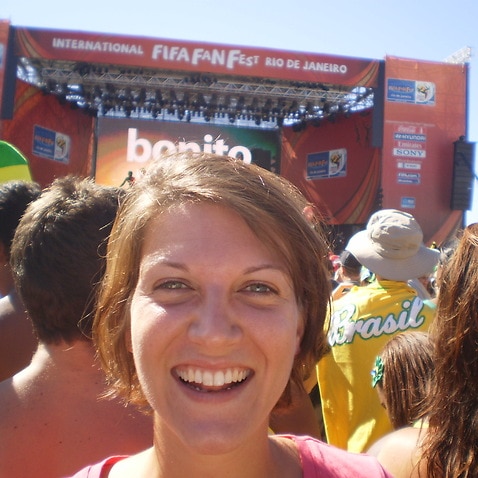 'Let the music take you': Rio funk through the eyes of a gringa