Why are Buses in NSW driving with lights on in daylight?

Don't be surprised if you find the public buses in NSW drive with their lights on all day today and in broad daylight.The Rail, Tram and Bus Union is doing this to pay respect to the killing of Bus Driver Manmeet Alisher in Brisbane.In an exclusive interview with SBS Hindi RTBU Bus Division Secretary tells Kumud Merani more about this solidarity.

On Wednesday 2 November, bus drivers around the country are driving with their lights on in a mark of respect for their fallen colleague - the slain Brisbane bus driver Manmeet Alisher. Many will also wear black arm bands.

"Ever since last Friday RTBU members have been asking what they can do to show support – be it raising money for the family, or anything they can do" Mr Preston told SBS.

"The idea is to show respect but also to highlight to the travelling community that drivers are vulnerable in their job."

"We want to highlight the fact that drivers unfortunately, on a day to day basis cop physical, verbal and spitting abuse."

Listen to the SBS Radio Hindi's full interview with Chris Preston, above.

"This has really highlighted the fact that we need the community to understand that bus drivers go to work to do a job," says Preston.

"Many other people go to work in their offices to do their job. I’m sure they wouldn’t like to be abused and we certainly don’t.

"So if something good can come out of this, it’s an awareness that please don’t treat your bus driver like he’s second class."

Preston also explained that the RTBU have been campaigning for some time now for better protections to prevent tragic incidents like this occurring.

"There’s way too much violence [against drivers]," he says. "Here in NSW we’ve worked for some years now to get security screens on buses."

"The problem with these screens is that although they’re on the brand new buses, they’re not on the older buses, private buses.

"So we’re going to be running a campaign from now on, to get security screens in place across the nation."

So what can commuters do to show their solidarity with the bus driver community?

"If you’re catching transport, if you could go out of your way a bit to say to the drivers ‘we really appreciate what you’re doing,’" says Mr Preston. "That will go a long way to making these drivers feel better." Taxi driver Aguek Nyok who saved lives in the bus attack, broke down when he met Manmeet’s elder brother Brisbane Council donates $10,000 to the family of Manmeet Alisher 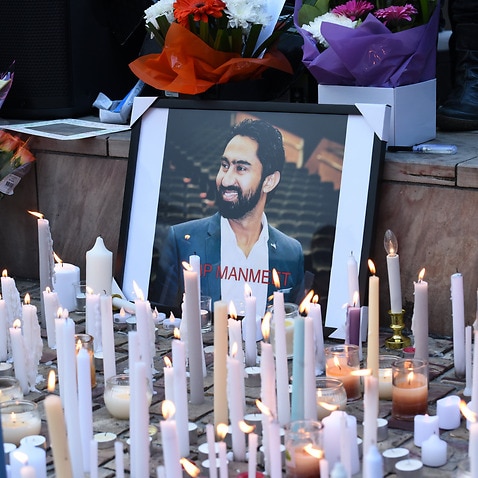