Late last month, a delegation from Girringun Aboriginal Art Centre in Far North Queensland was at Melbourne Museum telling the story of some of their cultural objects on display there as well as running weaving workshops. 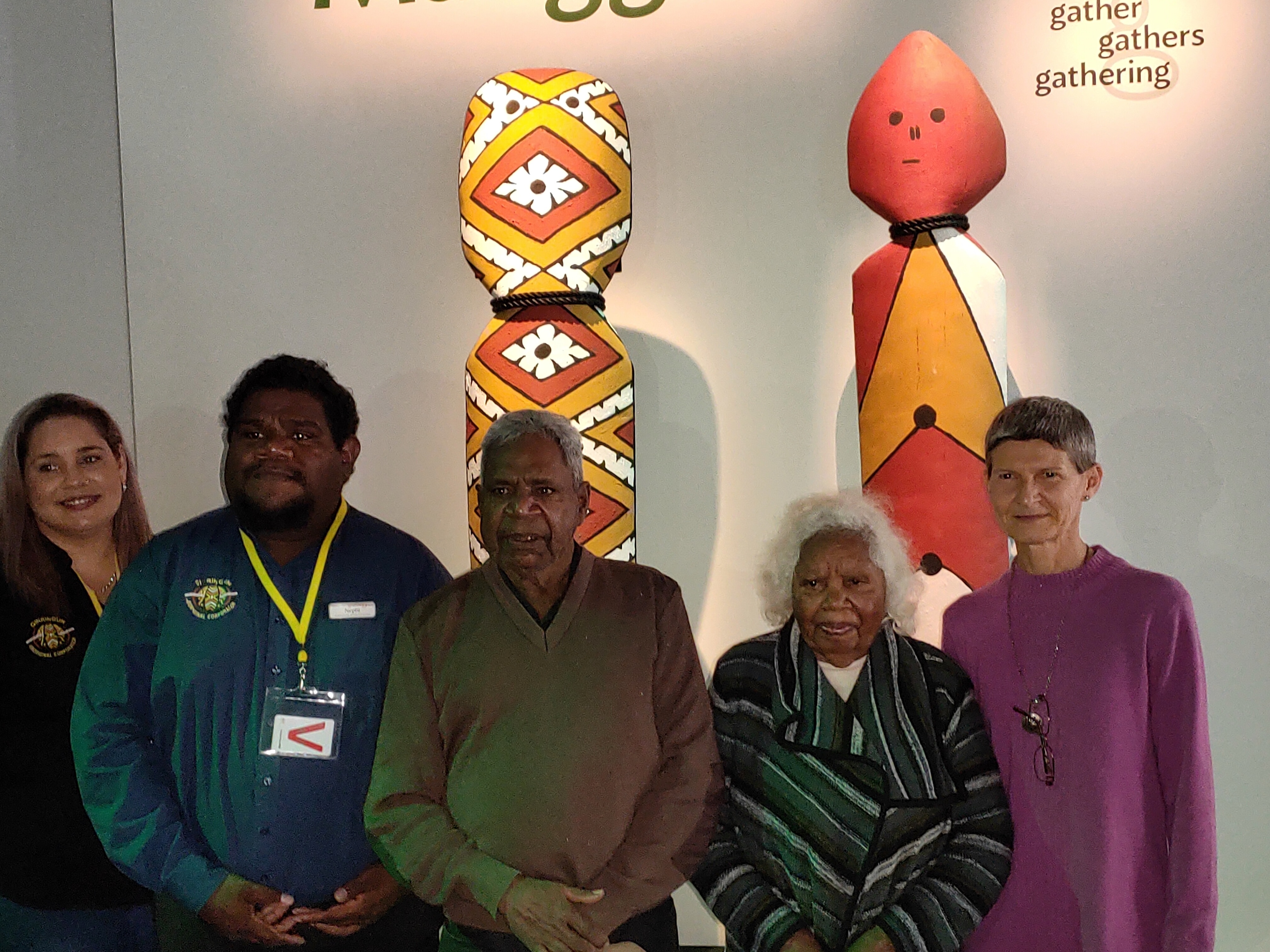 The stay in Melbourne was also an opportunity for the Far North Queenslanders to run day-long weaving workshops that drew a significant crowd of local weaving enthusiasts.

In our yarn with Uncle Claude Beeron we learnt how his involvement made Manggan-gather, gathers, gathering exhibition possible. He is one of the Elders who was consulted for his cultural knowledge and helped select some of the objects included in the exhibition.

Uncle Claude Beeron took the opportunity of our conversation to express his gratitude.

"I'm very happy and feel very privileged to be in Melbourne to meet other people, tell them my story and hear other people's stories also", Uncle Claude Said.

At Melbourne Museum, Uncle Claude gave a great insight into the exhibition itself and told, in more detail, the stories of  various objects on display including some very rare pieces. 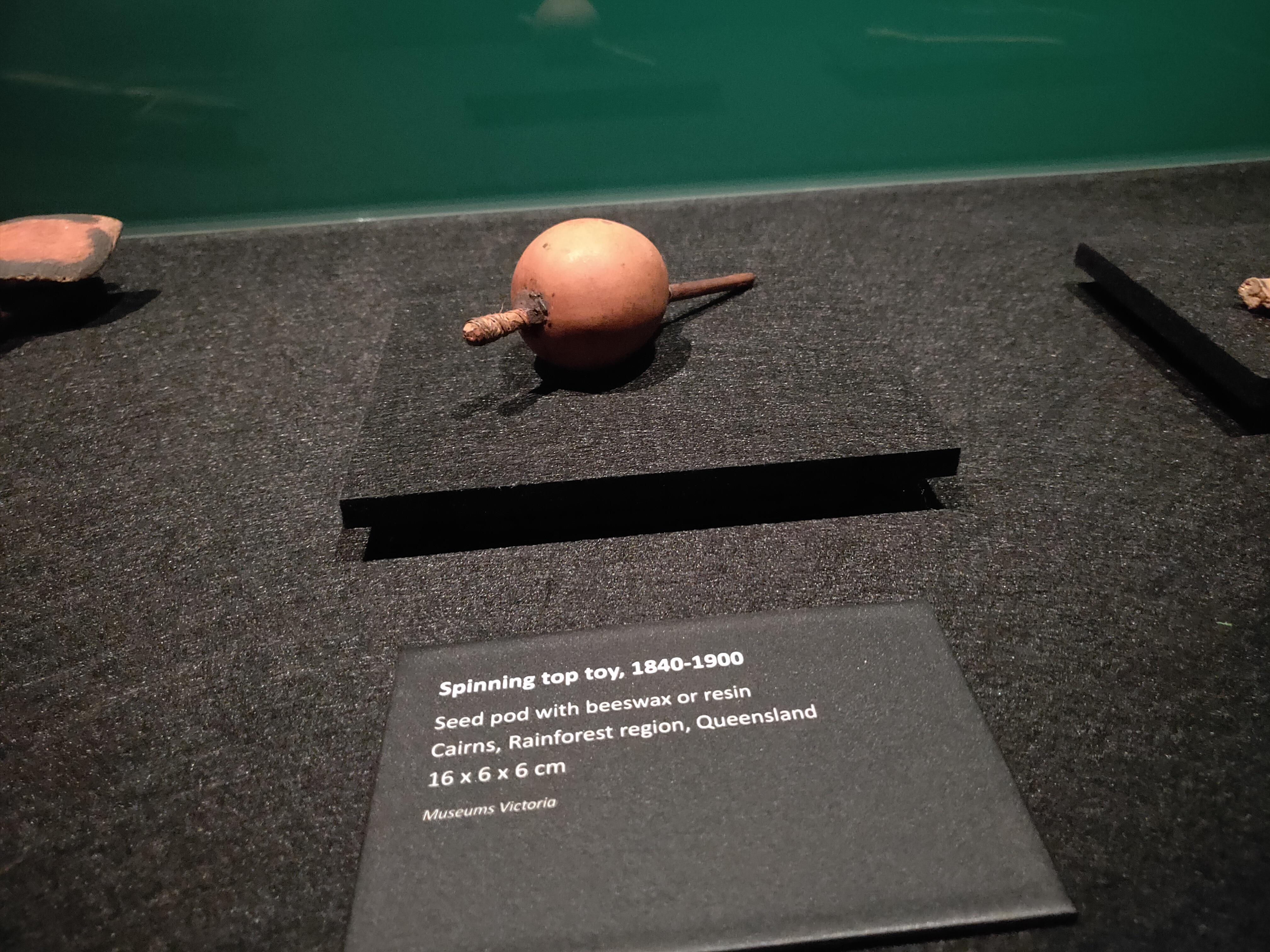 A a rare spinning toy dating from the 1800's onward.
Bertrand Tungandame

We also took the opportunity to discuss country, especially the effects of some pastoral and agricultural practices that have destroyed their country's ecosystem also impacting their livelihood.

Uncle Claude deplored that some methods employed by the sugar cane industry and large grazier firms have caused considerable damage to waterways and depleted natural resources.

The respected Elder remembers a time when water around the lagoons was so clear one could see abundant fish under the surface of the water. In that bygone era the clarity of the water made spear fishing an effortless exercise.

He deplores that today the water on his country is so soiled and has become so murky fish is hard to find and catch. “Big cattle graziers created king ranches that destroyed the land. When my father saw what they did to the country he fell on his knees and cried,” Uncle Claude said. 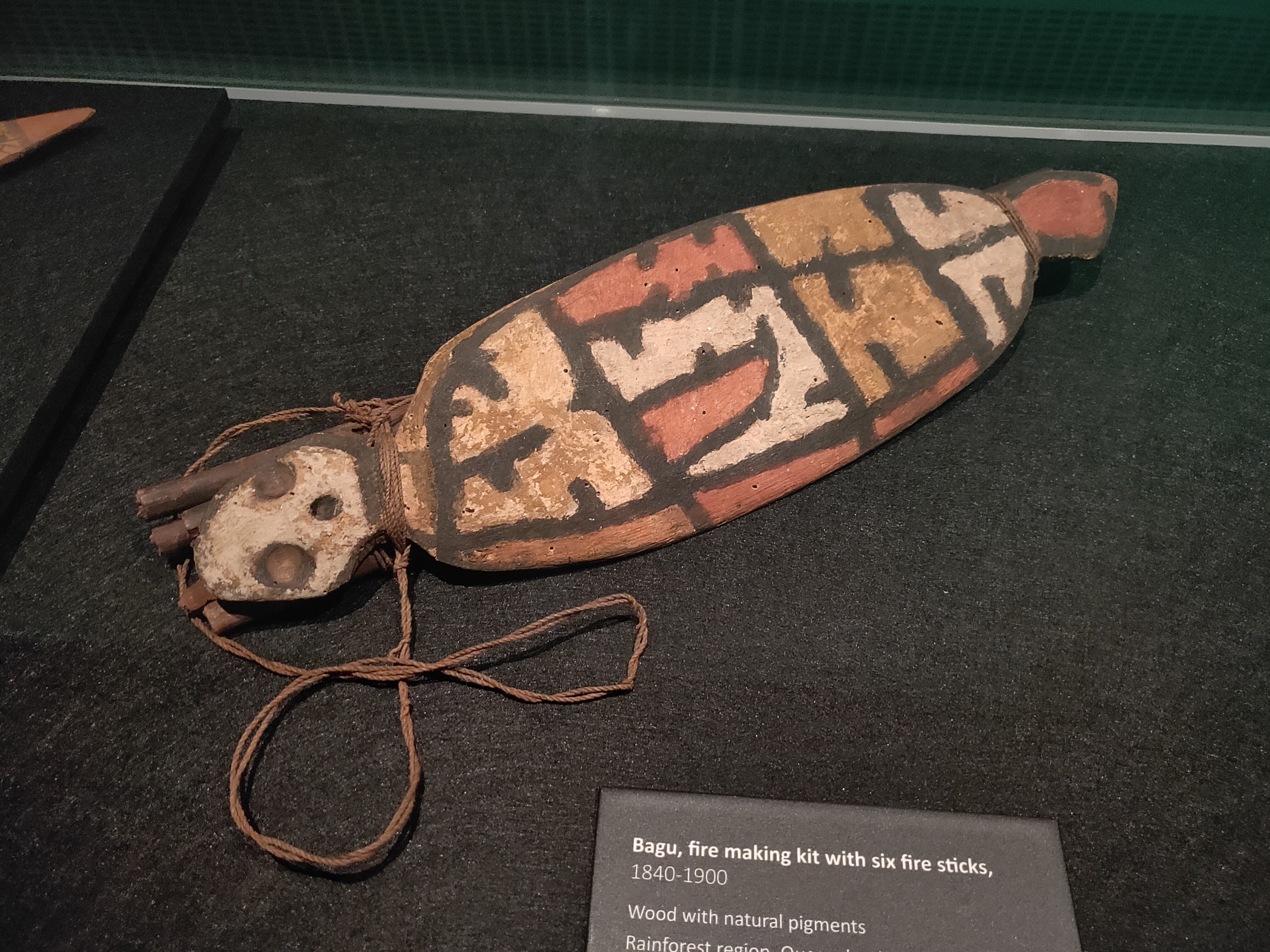 The Far North Queensland Elder is also extremely upset about what over-exploitation and malpractices have done to him and his country.

“Every time I talk about my country it brings tears. I love my country so much,” Uncle Claude said.

Uncle Claude Beeron's advice to people, especially to the younger generations, is a message of love and care for Country.

During the weaving workshops it was striking to see the artists use natural fibre and recycled materials like phone wire to create objects for everyday use or ornaments. 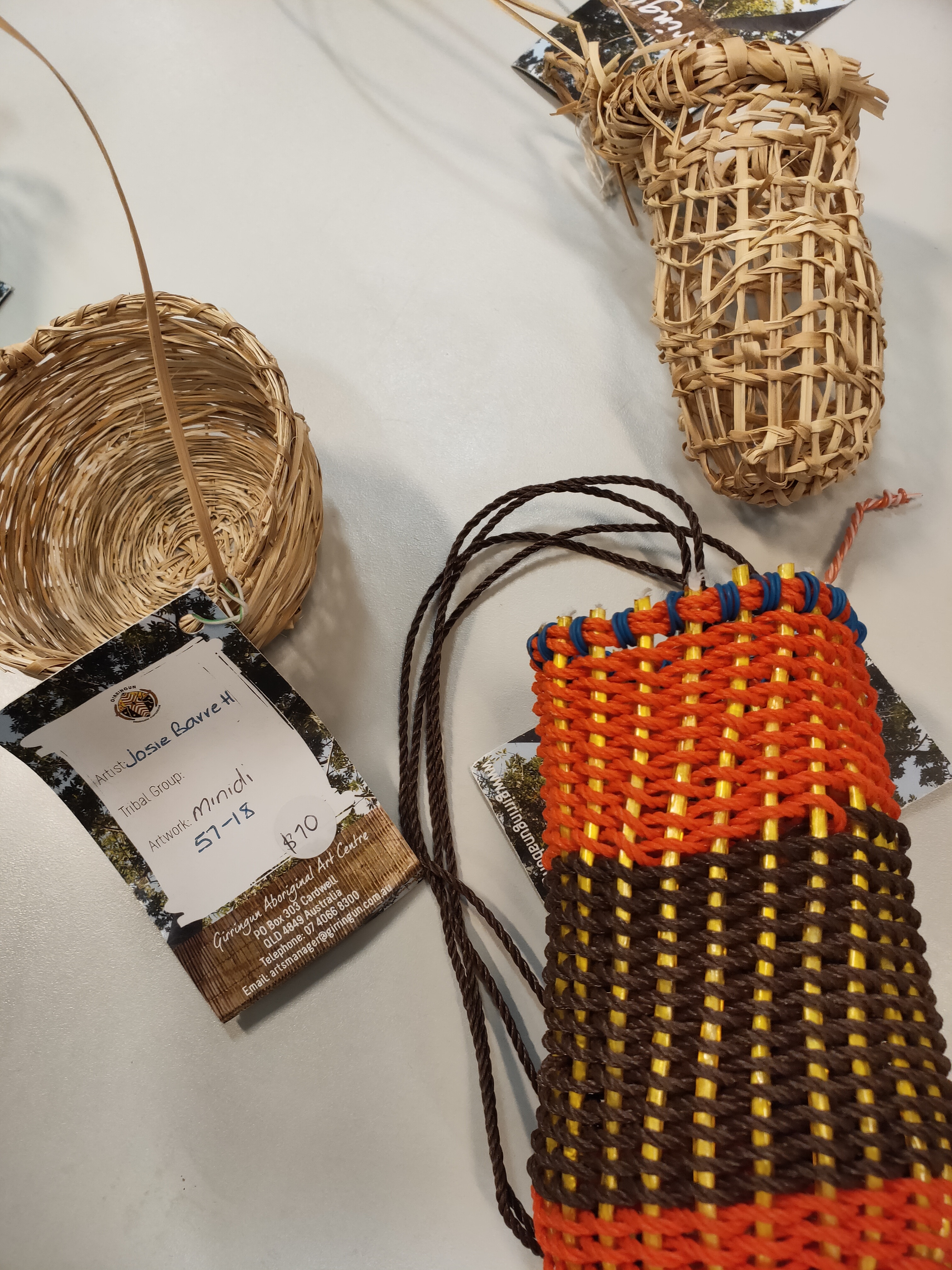 In many parts of Australia weaving is traditionally done by women alone. Girringun country is one of those places where weaving is practiced both by men and women.

For example, Nephi Denham, who was part of last month's Girringun delegation in Melbourne specialises in ceramics and is also also an experienced weaver.