The government is discussing plans to introduce mandatory provisional visas before migrants are allowed to live in Australia on permanent visas.

Migrants coming to Australia may have to spend a certain period of time on mandatory provisional visas before they are granted a permanent residency. The Immigration Department is exploring this possibility in a visa transformation discussion paper released on Monday.

“Should a prospective migrant spend a period of time in Australia before becoming eligible for permanent residence? What factors should be considered?” is one of the questions the discussion paper is examining.

It was reported in November last year that the Federal Government was to discuss this move and a “sensitive” and “protected” note was seen by the national security committee and was to be brought before the cabinet this year.

“The number of persons in Australia applying for permanent residence has grown substantially over the last two decades. In 2015-16, around half of all permanent visas were granted to people already in Australia on a temporary visa.  This means that temporary residence is increasingly becoming the first step to living in Australia permanently,” the discussion paper released on Monday read.

It has been argued that it’s in the national interest to facilitate a pathway to permanent residence for the “best and the brightest” international students and skilled workers and that some permanent visas include mandatory provisional visa stages.

However, under most of the permanent visa categories, migrants do not have to spend any time in Australia before they are granted permanent residency, which the discussion paper says is inconsistent with “like-minded countries”, such as the UK, the Netherlands and the US that have a more formal assessment process and period for evaluating those who seek to stay permanently.

Though introducing such a probationary period for permanent migrants is likely to deliver budget savings, concerns have been raised that it could create a divide in the Australian society.

"The proposed reforms could undermine Australia's social cohesion and potentially increase the risk factors that may lead to violent extremism by creating a two-tier society where migrants are treated substantially differently to Australian citizens,” the Social Services Department said in a note prepared last year for a meeting with the DIBP boss Michael Pezzullo to discuss this move.

Mr. Bhullar says as a migrant on a temporary visa just arriving in Australia, he had to pay hundreds of dollars in health insurance premiums in the absence of Medicare cover is a significant drain when he was just starting off and didn't have a stable income.

"It is a significant drain when I was just starting off and didn't have a stable income," he said. "It's not a pleasant experience to recount all this."

Monday’s discussion paper has been floated to overhaul Australia’s visa system and modernise it which it says is “an artefact of a bygone era” and is “ill-suited to this future”.

Major changes being discussed include slashing the number of visa categories from 99 to about 10 and making the visa system flexible so the government can respond more quickly to local and global trends.

You can provide your views to the Department of Immigration and Border Protection through this online web form.

Submissions are open until 15 September 2017. 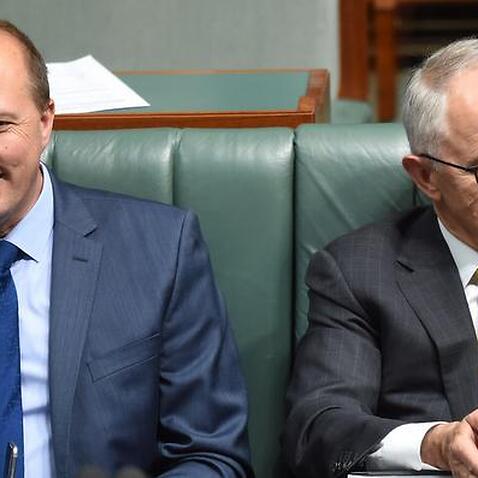